This week at Mass we hear the words of Christ from John 3 proclaimed (emphasis mine), 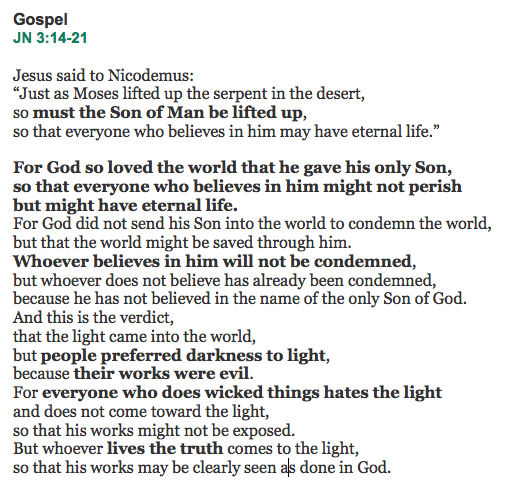 Which I shared on my Google+ page (follow me there, if you don't already) and which occasioned an interesting exchange with an atheist follower there (see the original exchange here if interested). The atheist first objected to Jesus' words on the grounds that atheists can be good people too. Of course, he's exactly right, atheists can be and are good people too. We've recently covered this very topic a couple times on the blog including here: If Atheists are Good People Too, Why Be Christian where I shared some thoughts from CS Lewis, Fr. Barron, and this video from William Lane Craig which does a great job of explaining that "the moral argument for God" has nothing to do with suggesting that atheists are immoral or even are less moral than Christians,

Of course, Jesus isn't saying that all atheists are immoral so the atheist's comment, while valid, misses the point entirely. Jesus is commenting on the relationship between doing "wicked things" and unbelief, but our atheist commentator got the relationship exactly backwards. Jesus isn't saying, "everyone who hates the light does wicked things,"(i.e all atheists are immoral), He is not saying, 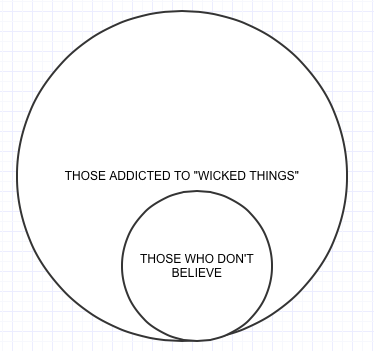 but rather is saying, "everyone who does wicked things hates the light" (i.e. all those who persist in immorality will become atheists), 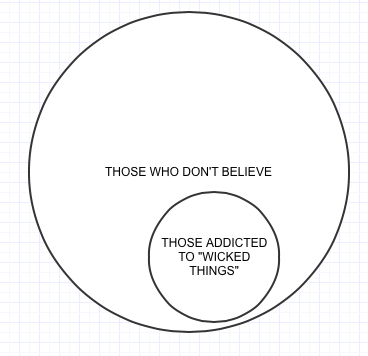 Jesus, then, is speaking not to whether or not atheists can be "good people," but to whether those who love sin can keep the Faith and He firmly comes down against such an idea. 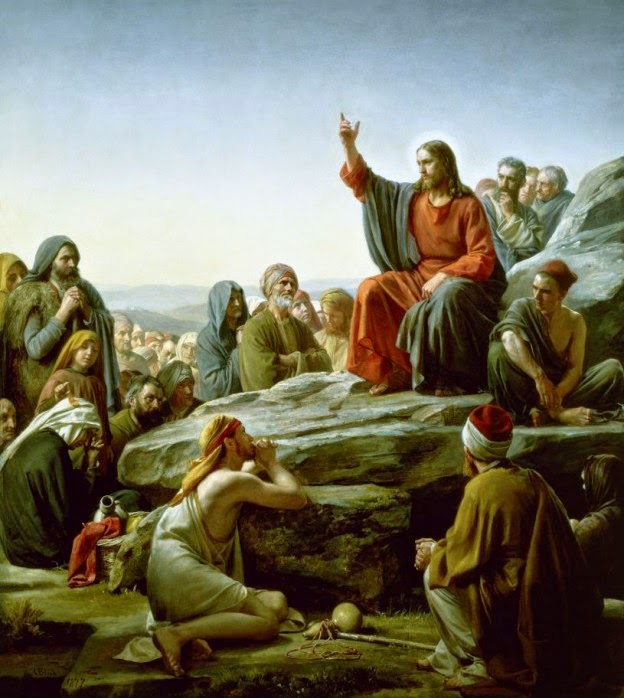 As someone who has had many conversations with many atheists I can personally attest, from experience, to the truth of  what Jesus is saying here. Often times I've engaged atheists who have no real arguments against the Holy Faith, but are active and proud homosexuals, cross dressers, fornicators, divorced and remarried, contraception users, etc (and that is just looking at sexual sins). When we embrace these sins, when we idolize them, when we "call evil good, and good evil" (Is 5:20) we put ourselves on a path that invariably ends in rejecting Christ, His Church, and eventually religion itself.

As the Venn diagrams above show, Jesus isn't saying all people who reject Him are addicted to "wicked things." He isn't saying that the only reason for disbelief is attachment to sin. There can be other reasons. Some common other reasons I've encountered include:

However, sin does seem to be the most common, most widespread, most insidious reason of all.

If you're a Christian ask yourself, is there a sin in my life that I refuse to repent of? Is there something I know Jesus and His Holy Church condemns that I still cling to? If so realize you are walking a dangerous line, one which will, according to Jesus, lead to disbelief and end in atheism. You can't worship two gods - one your sins, the other Christ. You'll have to choose. Will you be a child of the light or a son of darkness? Which will it be?
Posted by Nathan Barontini at 3/13/2015 07:57:00 AM