Of Lent, Spiritual Warfare, the Devil, and CS Lewis

Lent is a good time to take stock of our "faith-life," to "kick the tires," to get a spiritual "physical examination." One way to do this is to remember that we are not at peace, but at war and that all our actions have eternal consequences. These concepts aren't in vogue by a Christian culture that would rather see Jesus ("I came not to bring peace, but a sword" Matt 10:34) as a pop psychologist or a hippie guru than as the Lord of Creation that He is. Jesus calls out "repent and believe the gospel" (Mark 1:15), not "I'm okay, you're okay." This latter view was accurately labeled "Christianity-and-water" by the great C.S. Lewis who contrasted it with orthodox belief, Christianity-and-water, the view which simply says there is a good God in Heaven and everything is all right - leaving out all the difficult and terrible doctrines about sin and hell and the devil, and the redemption.... real Christianity... goes much nearer to Dualism than people think. One of the things that surprised me when I first read the New Testament seriously was that it talked so much about a Dark Power in the universe - a mighty evil spirit who was held to be the Power behind death and disease, and sin.... Christianity agrees with Dualism1 that this universe is at war. It thinks it is a civil war, a rebellion, and that we are living in part of the universe occupied by the rebel.
Enemy occupied territory - that is what this world is. Christianity is the story of how the rightful king has landed, you might say landed in disguise, and is calling us all to take part in a great campaign of sabotage. When you go to church you are really listening-in to the secret wireless from our friends: that is why the enemy is so anxious to prevent us from going.... I know someone will ask me, 'Do you really mean, at this time of day, to re-introduce our old friend the devil - hoofs and horns and all?' Well, what the time of day has to do with it I do not know. And I am not particular about the hoofs and horns. But in other respects my answer is 'Yes, I do.' I do not claim to know anything about his personal appearance. If anybody really want to know him better I would say to that person, 'Don't worry. If you really want to, you will. Whether you'll like it when you do is another question.2'

Thus our worship, our spiritual lives, are lived, not a playground, but on a battlefield. Going to Mass, adoring the Christ in the Eucharist, eating His Flesh and drinking His Blood, praying the Rosary, praying the Divine Office, praying anything, helping the poor, teaching the ill-informed, preaching the Gospel, doing apologetics, reading the Bible, learning from and praying with the saints, visiting the sick and imprisoned, studying the doctrines of the Faith, clothing the naked. All of these are acts of war, acts of sabotage that undermine the rebel position, that weaken his "evil empire" from the inside like the underground resistance movements in Europe that struck at the Nazi's making their "thousand year Reich" weak enough to crumble under the Allied assault. And make no mistake, there will be a spiritual D-Day, just as there once was a physical one. The war isn't to be carried on as a guerrilla movement forever. The King shall land again, this time not in disguise, but in power and glory, trumpeted by a celestial trumpet heralding His final victory. At that moment time itself will end. History will have come to its fateful conclusion. Each person will have chosen his side. Each person will, at the return of the King, either be filled with love and exultation or with dread, fear, and hatred. Both will last forever. Thus, those rejoicing will rejoice in perpetuity (this is what men call Heaven) and those reviling His return will revile in perpetuity (this is what men call Hell). Our reaction to Him will determine our fate. Our reaction will be determined by the kind of person we've made ourselves into, which will, in turn, be decided by the type of war we waged - the side we freely chose. 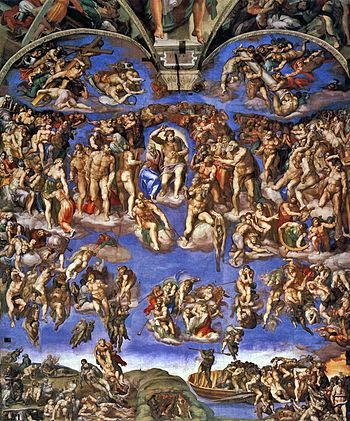 Lent is a good time to take stock of our "faith-life," to "kick the tires," to get a spiritual "physical examination." Lent is the time to remember that we are in a desperate fight against a powerful enemy, but that we fight for a King who's already assured His own final victory. Lent is a good time to remember that every choice we make is either "for Him or against Him (and thus for the enemy)." Lent is a good time to reflect upon our conduct, to see if we are more akin to the French Resistance or the Vichy collaborators. Are we helping Him or His foe more each day? Are we moving closer to union with Him (and yes, this may not always "feel good." He warned us wed have "crosses" to carry) or are we seeking to make friends with the rebel occupied world in the hopes of an "easy time?"

The war wages still, but the victorious end is ever in sight. Pray with me, maranâ thâ', Lord Jesus! (come, Lord Jesus!)

Recommended Reading (shop through our portal at no cost):


________________________
1. Dualism is the belief system that posits two gods - one good and one evil. These gods are equal in every way and do battle over creation (which contains both good and evil). Lewis shows dualism can't be true as nothing can be totally evil as existence itself is good. The "evil god of dualism" then, must "borrow" existence from the "good god" and thereby cannot be equal to him. Further, if the two gods were equal, how could we say one was evil and the other good? To say that would be to hold both gods to a higher standard, an objective moral law. The creator of this objective moral law, which both of dualisms "gods" stand under, would be the real God and superior to both.
2. Lewis, CS, Mere Christianity

, "What Christians Believe," chapter 2 - "The Invasion"