If Atheists are Good People Too, Why Be Christian?

A few weeks ago I shared a couple short videos made by Dr. William Lane Craig which briefly describe two easy to follow, and explain, arguments for the existence of God. Perhaps, in light of our recent look at the atheist argument that there is no evidence for God, we could calls these two examples of "evidence for God." The second of these two videos looks at the "moral argument" for God (that is, evidence of the existence of God that we find in the existence of objective morality) and begins by answering a common atheist question, one which I myself have been asked numerous times,


are you saying atheists can't be good people? I know atheists that are better people than religious people!

Of course this is exactly what the moral argument does not assert. The moral argument is not saying "religious people are more moral than non-religious people, therefore you ought to believe in God" (which, even if true, would fail to justify belief in God. We should only believe in things that are true. We should never determine our beliefs based on whether something is useful.) Rather, the moral argument is saying there can be no such thing as "being good" without God. Acting morally isn't dependent on God, but the existence of morality is. Just as someone who doesn't understand the law of gravity (and maybe even out and out disbelieves it) can still throw a ball into the air and catch it when it comes back down (even if they can't account for why the ball comes back down), so too someone who doesn't understand the necessity of a moral law giver for the existence of objective morality can still act in accord with objective moral standards (even if they can't account for the existence of those standards). If you didn't have a chance to view the video, you might enjoy it,

While this certainly is a very good philosophical answer to the atheist claim that atheists can be "better people" than Christians, Father Robert Barron has another take on it, one that isn't focused so much on where morality comes from or where it's existence must logically lead us, but one that looks at the relationship between Christianity and morality. It may come as a shock to some, even to some Christians, to learn that Christianity isn't about making us into good little boys and girls,


Father's point, about ethics being a "secondary" or "tertiary" concern to Christianity is a good one. We moderns far too often think that Christianity is about "being a good person," but this is really another religion altogether, one which has been coined moral therapeutic deism. Real Christianity is the antidote to this slide into "let's just be good" modern mentality as the great C.S. Lewis showed in his masterful essay "Man or Rabbit." He admits, as would Fr. Barron, that Christianity will do the believer some good, but points out that


the first bit of good it will do you is to hammer into your head... the fact that what you have hitherto called 'good' - all that about 'leading a decent life' and 'being kind'- isn't quite the magnificent and all-important affair you supposed. It will teach you that in fact you can't be 'good' (not for twenty-four hours) on your own moral efforts. And then it will teach you that even if you were, you still wouldn't have achieved the purpose for which you were created. Mere morality is not the end of life. You were made for something quite different from that. J. S. Mill and Confucius (Socrates was much nearer the reality) simply didn't know what life is about. The people who keep on asking if they can't lead a decent life without Christ, don't know what life is about; if they did they would know that 'a decent life' is mere machinery compared with the thing we men are really made for. Morality is indispensable: but the Divine Life, which gives itself to us and which calls us to be gods, intends for us something in which morality will be swallowed up. We are to be re-made. All the rabbit in us is to disappear - the worried, conscientious, ethical rabbit as well as the cowardly and sensual rabbit. We shall bleed and squeal as the handfuls of fur come out; and then, surprisingly, we shall find underneath it all a thing we have never yet imagined: a real Man, an ageless god, a son of God, strong, radiant, wise, beautiful, and drenched in joy1. 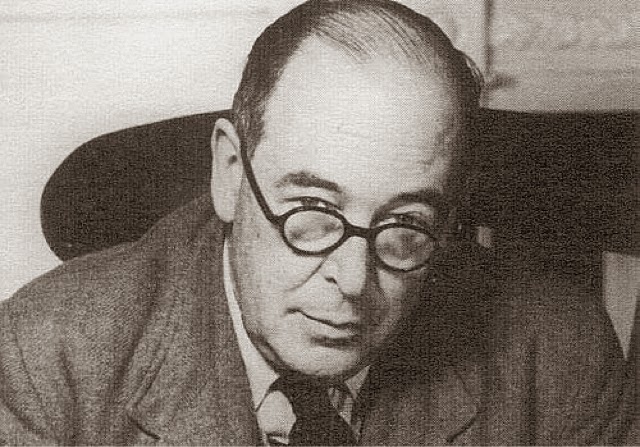 Christianity calls us to be more than "a good person" (which usually is watered down so much to mean basically anyone save for Hitler), it calls us to divine filiation, so become "gods." With this higher end in view we can understand why morality is not the end of religion, that Christianity isn't about making people act "nice" and be "tolerant" of one another. It's about much more than that. Lewis leaves us a great image of the relation between morality and Christianity,


in setting up 'a good life' as our final goal, we have missed the very point of our existence. Morality is a mountain which we cannot climb by our own efforts; and if we could we should only perish in the ice and unbreathable air of the summit, lacking those wings with which the rest of the journey has to be accomplished. For it is from there that the real ascent begins. The ropes and axes are 'done away' and the rest is a matter of flying.2

With that view in mind the whole question of whether a particular atheist is "a good person" melts into absurdity. The ultimate issue isn't about whether belief system x or belief system y makes you a "good person," rather the question must be which worldview corresponds to reality.

The Christian and the Materialist hold different beliefs about the universe. They can't both be right. The one who is wrong will act in a way which simply doesn't fit the real universe.3

Why does that matter you might ask. Why shouldn't we be concerned only with what is useful rather than with philosophical questions about truth? Lewis answers,


One of the things that distinguishes man from the other animals is that he wants to know things, wants to find out what reality is like, simply for the sake of knowing. When that desire is completely quenched in anyone, I think he has become something less than human.4

In the end, then, this particular atheist objection - that atheists can be good people too - is rendered doubly ridiculous. First, it completely misunderstands the point of life, according to Christianity. The atheist, of course, will disagree with our understanding of the purpose of life, but the misunderstanding is enough to refute the argument. Saying atheism leads to "good people" just as does Christianity can only be an effective weapon against Christianity if Christianity is primarily concerned with "making good people." If Christianity is about something else, as Lewis and Barron demonstrate it is, then claiming atheists are "good" too, is a case of entirely missing the point.

Secondly, following the lead of Dr. Craig, we can simply ask "what does it even mean to be 'good'" in a materialist conception of reality? Where does the moral law even come from? How can immaterial things like "justice," "goodness," or "virtue" be accounted for if nothing immaterial can exist?

Either way, the idea that we can, in some utilitarian way, look and see whether religious or atheist people "behave better" and make any argument from there is refuted.