A Third Atheist Tries to Take Down the Kalam Argument, Irrationality Ensues.

After the unsuccessful attempts of two previous atheists to avoid the conclusion of the Kalam Cosmological Argument (original post HERE, attempt one HERE, attempt two HERE), a third atheist has decided to give it a go. Rather than a lengthy blog post, this has been a "back-and-forth" on my newly established Facebook page (follow me there if you don't). You can read the whole thing THERE, his primary problem seems to a radical commitment to an a priori naturalism (or perhaps just plain old stubbornness, you decide). Here is the beginning (for context) and my final reply to this objection: 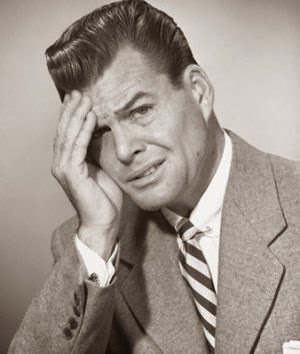 Atheist: Here is a question. Why does god need to even be part of the equation? Why not just have the universe exist? Do we really need a supernatural cause to exist?

Me: I address this on the post. Did you read the whole thing?

Me: My answer to objection 3 clearly answers all of those questions. Briefly, the universe is all space. Whatever caused all space can't itself be in space. The same is true for time and matter. Why personal? That too is answered on the post. As the cause is eternal and the effect isn't, the effect can't necessarily flow from the cause. Rather it must be something the cause chooses to produce. Lastly, as the universe is everything natural, its cause must be beyond the natural.

Atheist: Why? How do you know the cause can't be in space, material, temporal, ect?

Me: If something created all space, then it must exist outside of space. Why? Because, to create space, it must have existed before their was any space. IOW, for the same reason we can say that whoever painted the Sistine Ceiling can't be a figure on the ceiling or whoever authored a book can't be a character in the book.
...

Atheist: Nathan you already have a conclusion in mind. I am 100% willing to say I don't know. I don't know what caused the Big Bang to happen. Slowly we are learning and maybe we may know in the distant future. It looks like, to me, that you cannot accept that nothing supernatural was a cause to the universe.

2) Saying someday we may know in the distant future that it is a natural cause also commits two fallacies. First, as demonstrated, nature can’t be caused by (non-existing) natural causes. Second, this commits an ad ignorantiam fallacy, specifically the “science-of-the-gaps” fallacy, saying (without any evidence) “science will some day have an explanation.” Just as arguments from ignorance can't prove God's existence, so too they can't refute arguments for God's existence. Ask yourself, how would you react to a theist who claimed that he believed in God because “slowly we are learning and maybe we may know in the distant future” that God exists. As that is a ridiculous argument, so is the exact same argument you present here for your continued atheism, in spite of the evidence presented.

3) In fact, as you have no arguments against the kalam argument, it rather seems that you, irrationally, can’t accept that something supernatural is the cause of the universe. If the word “supernatural” is the hang-up (if it brings to mind Casper the friendly ghost or something) then move past it. Etymologically, “super-natural” just means something “beyond-nature.” As nature didn’t exist before the Big Bang, something “meta-natural” (beyond-nature) must be the cause. This isn’t something science could some day work around, as it isn’t an argument from not knowing something, but from something we already know. Ask yourself could someone born in 1999 be the parent of someone born in 1969? Would it make sense to say that science could someday maybe show us how a person who didn’t exist in ’69 could parent a child?

4) Hopefully, you can see the difference between being able to provide evidence for a position (as I did with the kalam argument for belief in God) and, after being presented with evidence, simply refusing to accept the conclusion because you happen to not like it. At this point, you’ve abandoned reason and adopted an atheistic fideism (you lack belief in God in spite of evidence to the contrary). Being irrational isn’t something you can be reasoned out of (thus the last line of my original post). Ironically, it seems you are the one with the “conclusion in mind,” that has no evidence, and that nevertheless refuses to be moved even when presented with an argument that you can’t refute. While this irrational move might, at first blush, seem to protect your atheism, it leaves you with no room to criticize any theist who could also justify his position irrationally, thus you have lost reason and still haven't avoided the conclusion you so desperately want to. Moreover, as you’ve left behind reason (and science), there can be no rational discourse with you, thus this ends this, and all future, conversations. Ask yourself, what’s the point of reasoning with an irrational man? (This post might help answer this last question).