Can We Only Know Truth Via the Scientific Method?

Often in online and face-to-face discussions, especially with atheists, Catholics encounter a basic objection to the existence of God - that all real knowledge is gained through empirical experimentation using the scientific method. In other words, all facts are science facts. All other "knowledge" is either subjective opinion at best or "faith" (inaccurately defined as "believing without evidence") at worst and is to be dismissed. Philosophy is also dismissed as nothing more than a pre-scientific, and unreliable, method of trying to arrive at claims that only science (sometimes written with a capital "S") can really shed light on. With this system of thought in place, the atheist rejects the philosophical arguments for the existence of God not by answering the arguments, but by dismissing philosophy altogether much in the same way moral arguments for God are dismissed by rejecting morality or aesthetic arguments for God are dismissed by rejecting beauty. The atheist, it seems, is willing to live in an increasingly small intellectual world just so long as he is able to continue to avoid the reality of God. 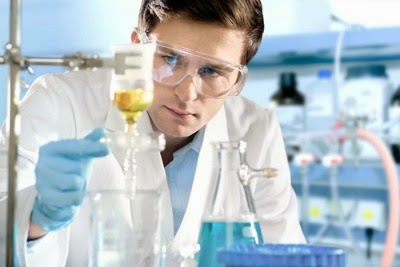 This system of thought is known as "scientism" and, as we  shall see, is itself not a scientific claim, but a philosophical one.

Certainly, the scientific method is a great discovery and leads, without a doubt, to knowledge about the world. No Catholic I've met has ever dismissed science or the scientific method. The Medievals had a saying which still remains true for Catholics in the twenty-first century, which is expressed most succulently by Francis Bacon,


God has, in fact, written two books, not just one. Of course, we are all familiar with the first book he wrote, namely Scripture. But he has written a second book called creation.

As St. Thomas Aquinas, and the Scholastic theologians who followed in his footsteps, never tried of arguing for, truth cannot contradict truth - what we know from Revelation (God's "first book") can never be contradicted by what we learn from the study of the natural world (God's "second book"). It is this attitude which lead Catholic clerics to create the scientific method (yes, you read that correctly - far from suppressing science, the Church created item, which is why it arose in Medieval Europe and not Arabia, Asia, or anywhere else). Pioneers of the scientific method were also men of Catholic Faith - men like Roger Bacon, a Franciscan Friar widely hailed as a "father of science;" St. Albert the Great, a Dominican Friar and the teacher of St. Thomas Aquinas; Theodoric of Freidberg, another Dominican Friar; William of Ockham, another Franciscan,; and others. In fact, the university system - was created by the Catholic Church and worked to support the development of science precisely as a means to better understand God by more accurately "reading" His "second book."

The Catholic Church's love for and promotion of science has continued through the centuries (35 lunar craters are named for Jesuit scientist-priests for example) down to this week when Pope Francis reiterated the teaching of the Catholic Church regarding the compatibility of science (again, which the Church created) and theology by saying the same thing popes have been saying since Father Georges Lemaître (a Catholic priest) discovered the Big Bang theory - namely that science and faith cannot contradict each other,

"God is not a demiurge or a conjurer, but the Creator who gives being to all things. The beginning of the world is not the work of chaos that owes its origin to another, but derives directly from a supreme Origin that creates out of love. The Big Bang, which nowadays is posited as the origin of the world, does not contradict the divine act of creating, but rather requires it. The evolution of nature does not contrast with the notion of Creation, as evolution presupposes the creation of beings that evolve”. (if you were confused by the Pope's statement, Shameless Popery has a nice article on it here.)

Which echoes the words of Pope Pius XII who wrote an encyclical on evolution, Humani Generis, laying out the same thing Francis said the other day,


the Teaching Authority of the Church does not forbid that, in conformity with the present state of human sciences and sacred theology, research and discussions, on the part of men experienced in both fields, take place with regard to the doctrine of evolution

So the Church certainly accepts "science facts" as true facts, but avoids the philosophical (not scientific) error of "scientism" - the idea we started with, that all facts are science facts.

Scientism, of course, is easy to fall into in the modern world. We can look around us and see how powerful science has been. I'm able to write this blog post and share it with, literally, the world because of science. Empirical testing has revealed the truths of "God's Second Book" in such a powerful way as to revolutionize our understanding of the physical world we inhabit. I think all Catholics can agree that science is a great source of knowledge, indeed the best source of knowledge, when it comes to explaining the natural, material, physical world.

However, being a powerful source of knowledge in describing the physical world does not make science a powerful tool for knowledge about anything else - moral truths, truths about inter-personal relationships, or truths about the immaterial world (including the truth about whether such a world exists at all). Science, by the very method that makes it so powerful in answering questions about the material world, is completely incapable of saying anything about these other realities. Assuming it can is the error of scientism.

The great irony of scientism (the truth claim that all truth claims must be testable via the scientific method to be valid) is that it cannot be tested by the scientific method itself. The claim that all knowledge is scientific knowledge cannot be weighed, measured, fitted into a test-tube, put under a microscope, or observed in any way through empirical study. Scientism is not a science fact, something arrived at vie empirical observation and testing, but an epistemological claim.

Epistemology, of course, is not a branch of science but of philosophy- which is discredited by scientism as invalid speculation. Thus, we end up in the peculiar situation of having an epistemological position that epistemology is invalid because it isn't testable by science, which is immediately self-refuting. In case this isn't self-evident, allow me to demonstrate what I'm saying.

Let's let "x" stand for "the truth claim that all truth claims must be science facts to be true". We'd end up with an argument like this:

Scientism disproves itself. It confuses a claim about what we can know with an empirically testable claim like "the Earth goes around the sun."

Philosophy (aka "reason") is not, as is imagined by many people today, a bunch of academics sitting around asking irrelevant and overly-technical questions (well, at least that isn't what philosophy is supposed to be, although at some universities that is what it has degenerated into). Rather philosophy is the study of reality through reason. Philosophy frequently starts with observation, just as science does, but it then moves, through deductive reasoning, to study universal truths rather than physical facts about reality. Because of this, philosophy can reach into the immaterial world and answer questions about morals and about God's existence. Far from being "less certain" than science, philosophy, because it is deductive, can arrive at certain knowledge, while science, which is inductive, can only arrive at probabilistic knowledge (except in the very rare circumstances where a complete indiction is possible). 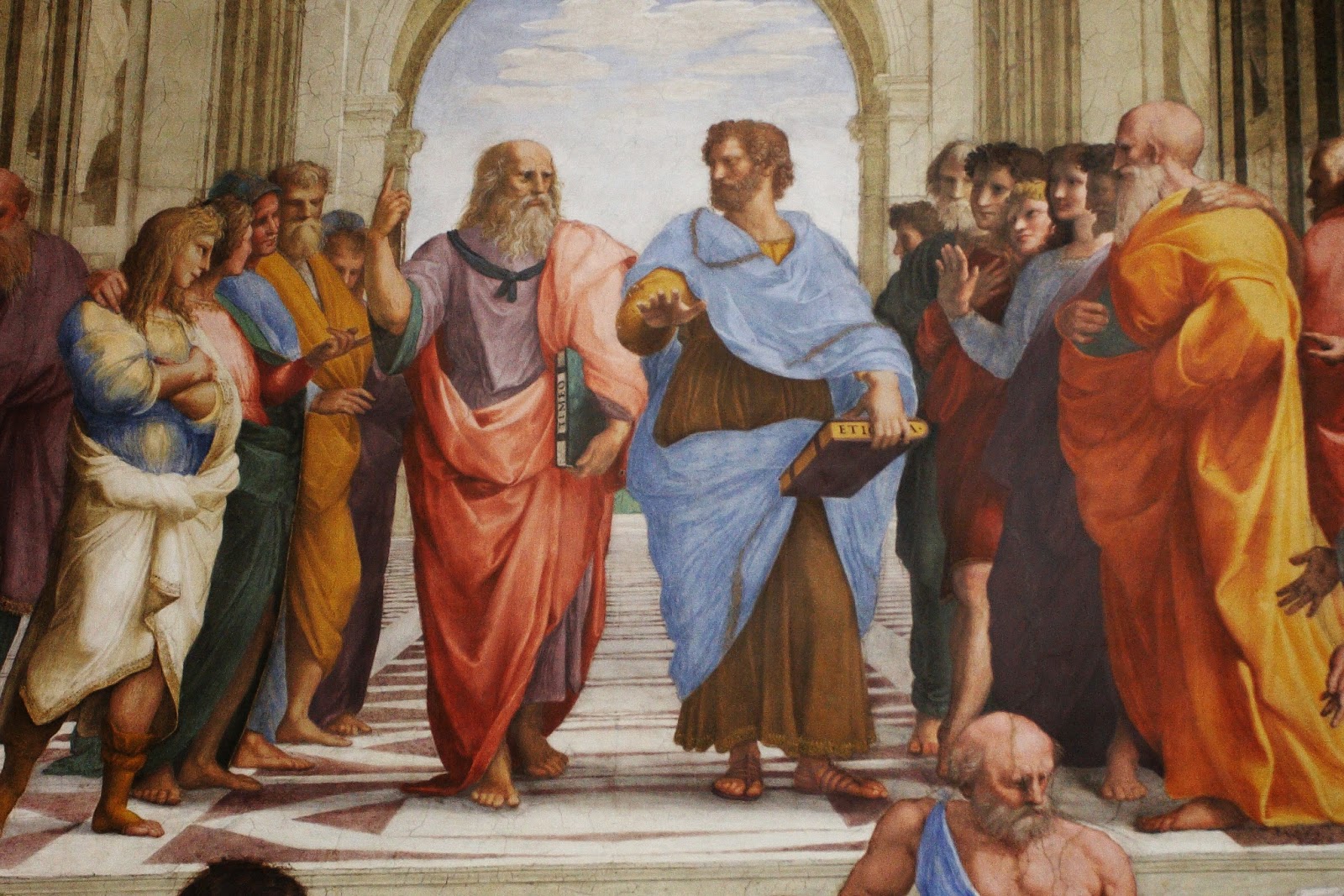 Thus philosophy emerges as another way to truth, which is good for science because science depends upon certain truths that cannot be proven by science (indeed can't, in principle, be proven by science without science becoming a circular - and invalid - argument). As an example science cannot tell us whether our sense data is trustworthy, it has to rely on epistemology to do that. If our sense observations are not trustworthy, the entire scientific project immediately collapses. How do we know the Earth moves around the sun? Because our empirical observations tell us it does, but if our senses do not reveal the real world to us, then we can't know whether or not the Earth really moves at all - it might just be our unreliable senses playing tricks on us. Science can't give us an answer to this question, because it relies on the answer already being "yes" to prove anything. Philosophy, however, because it is not dependent upon sense data (although it can and does make use of it) can answer the question for us and by so doing can open up the possibility of doing science at all. Likewise, science depends upon philosophy to defend the necessary connection because cause and effect and the law of sufficient reason, without which science can not get off the ground.

Thus, scientism, by attacking philosophy which is necessary for science, cuts the legs out from under the whole scientific project, and in so doing, proves itself false. If science facts are the only valid facts, then the facts that support science are not valid, which invalidates science, including all the facts science proved.

Scientism is opposed by the Catholic Church, not because the Church hates science, but because she loves science and scientism would ultimately kill science itself. As it is ultimately the first step toward an irrationalism that the Church, the great defender of human reason, always and everywhere opposes.


post scriptum
Just because I know someone is bound to bring up Galileo, here is an article which explains what happened.
Posted by Nathan Barontini at 10/31/2014 10:56:00 AM