An Atheist Responds to the Kalam Argument... My Retort Follows

As a response to my post on the Kalam Cosmological argument from earlier today, I was pointed to a post from the unfortunately named “Deity Shmeity” blog (unfortunate because the author, who posts on my Google + page from time to time, seems to be a well thought out and rational person, while the title suggests a childish “I just don’t want God to be true” mentality). Nevertheless, I thought I’d review it here, as he has been a good enough chap to comment on several things I’ve posted. My comments appear in bold. His post is in italics.

At it’s heart, the cosmological argument for God says that anything that begins to exist must have a cause. Used in conjunction with the Big Bang Theory, apologists can rightly argue that our universe at least seems to have a point of origin and therefore a cause. As an atheist, I reject a supernatural creator that did not begin to exist...so, what caused the Big Bang? Well, I don’t know (which is a valid response.) I only know of scientifically informed options. Our first problem crops up rather early. Our atheist friend has, a priori and without any rational basis, determined only “scientifically informed options” will be considered. This proves false, as theism is, as the Kalam argument shows us, a “scientifically informed option.” God might not "fit in a test tube" but science and reason can demonstrate his necessary existence. What the author really means to say is “I only know of options that concord with my a priori atheistic assumptions." This will probably plague the rest of the post, but let’s see…

Quantum foam. I can’t explain this better than Lawrence Krauss so I prefer that you come back after reading the book A Universe from Nothing or after watching a relevant lecture. The best layman explanation I can provide is that “nothing” (the absence of conventional matter, energy, space & time) is an unstable state and quantum fluctuations will give rise to something--even the singularity that became our universe.
This seeks to avoid the argument and the science. “Nothing” is “nothing,” not “an unstable state and quantum fluctuations.” Modern cosmology has shown us that literally nothing proceeded the Big Bang singularity. Nothing can’t be “unstable” and isn’t a “state.” It is simply “nothing”. The equivocation here is actually fairly humorous, in an Abbot and Costello sort of way. One can imagine a person turning to another and saying, “nothing can stop our team from winning the Super Bowl this year!” Comes the reply, “that’s too bad, I was hoping we’d win.” “But I said we would.” “No, you said we’d be stopped.” “No, I didn’t.” “You said ‘nothing’ would stop us.” As the joke demonstrates, “nothing” means “not anything,” it doesn’t mean “something, but with the absence of “conventional matter, energy, space & time." Our author has misunderstood the scientific evidence. In fact, this option, ironically, isn’t a “scientifically informed option.” 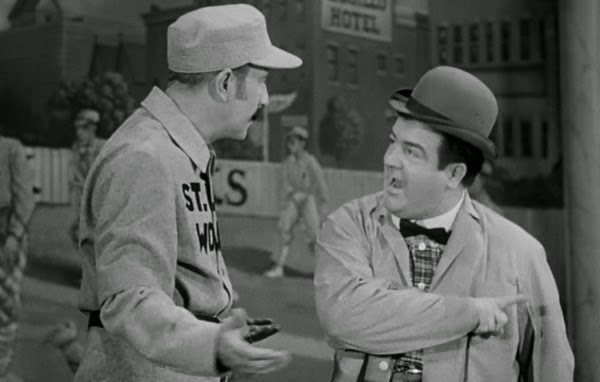 Self-Causation. Violated causality is a logic no-no, however, it is a valid interpretation of quantum mechanics. If A can cause B which can cause A--then the first instants of the universe, while it was still at the quantum scale, could be it’s own catalyst. It’s counter-intuitive, but that’s the name of the quantum game and why we shouldn’t assume we know how things work at the literal dawn of time.
This also misunderstands the science and was dealt with on my original Kalam post. So far we are 0-2 on an alternative explanation of the origin of the universe that could count as “scientifically informed.”
Result of a Collapsing Star on a Higher Dimension. I'll be honest, astrophysics is even less my area than quantum mechanics. Read this.
Ditto. 0-3.

Result of a Multiversal Event. It has been theorized that bubble universes interacting could cause a new universe. Or a simulated universe could become complex enough to program a nested simulated universe. Or something. Theoretical physicist Brian Greene has suggested that there is a chance every mathematically possible universe exists.
This is also dealt with on my original post. A multiverse would also need an absolute beginning as proven by scientist Alexander Vilenkin et al. 0-4 for “scientifically informed options.”

The universe is essentially eternal and therefore causeless. Yes, there is a point of origin, but I’m not so sure we can regard the movement of time at it’s birth to our standards. For instance, if time moved exponentially slower the closer to it’s point of origin, the 13.8 billion years we think the universe has been around is only correct judging time from our perspective. In fact, it’s essentially eternal.
0-6. The Big Bang theory isn’t predicated on the speed of time. Even a “slow moving” expansion, when reversed, would demand an absolute beginning. This option, aside from being unscientific, also is completely philosophically unsound as any eternal past time would lead to the absurdity of there being no today. It would lead to other absurdities as well. For example, the orbit of Saturn is more than twice as long as the orbit of Jupiter. Obviously, that means Jupiter will, as time moves forward, have made the trip ‘round the sun more and more than Saturn will have. To simplify the math, let’s same Jupiter takes 12 yrs to circle the sun (it does) and Saturn takes 24 (it actually takes 29). If Jupiter and Saturn have been circling the sun for 100 yrs, Jupiter will have made 8 full completions to Saturn’s 4. If they have been doing so for 200 years, Jupiter will have increased its “lead” even more, from 4 extra to 8 extra. Let’s suppose both have been orbiting from eternity. Jupiter must have a monstrous lead now, right? Wrong. They suddenly have made the exact same number of trips. Such is but one example of many possible examples. But, the fatal flaw of this option is logical. It is simply incoherent to say something has “a point of origin” but is “essentially eternal.” Our author is saying no more than, “the universe has a beginning and doesn’t have beginning.” 0-1 on rational explanations.

Magic. Theists draw upon the supernatural in support of their preferred god all the time, so I can just as easily suppose the supernatural as an option that abolishes the need for a god. I firmly believe there is a natural process that resulted in our universe, but even if there isn't, that doesn’t rule out that the supernatural process involved is unguided and spontaneous. Any argument against this can be dismissed with one word: magic.
We’ve left any sense completely behind now. Why the “cause” must be what men naturally call God is dealt with on my original post. Sorry, but no argument can ever be rationally “dismissed with one word: magic.” Follow science and reason to see that our universe was caused by an eternal, omnipotent, personal, being is not, in any way, similar to stopping your ears (and logical faculties) and screaming “magic!” in the desperate hope that can refute an argument. Could the “supernatural process” of universal causation be “unguided and spontaneous?” No, as addressed on the original post. 0-2 for rational alternatives. Sadly, this is the only possible alternative for atheists - an abandonment of reason and science to believe “something in spite of the evidence.”

**If you understand the latest in quantum mechanics or cosmology or theoretical physics, please comment with citations. I’ll gladly update this post with more accurate information.
I believe there are citations backing up my original post nevertheless, I highly doubt this will actually happen.


Such, we see, are the mental contortions one must be willing to abide to support an a priori atheist position. The original argument stands. The universe has a beginning, thus a cause. Nothing on this post suggests the universe is either eternal or that it lacks a cause. Rather all we have is a "throw enough stuff against the wall and hope something sticks. If nothing sticks say it is 'magic'." Sadly, for atheism, nothing here sticks at all, which means he can either accept the argument or abandon science and reason, either explicitly (by declaring himself an atheistic fideist) or implicitly (by refusing to accept the conclusion of an argument when you can't refute any of the premises).
Posted by Nathan Barontini at 3/20/2015 12:35:00 PM