Another Atheist Takes a Swing at Kalam (spoiler alert, this atheist's arguments are worse than the last one's)

Another atheist has decided to step into the batter’s box and take a few swings at the Kalam argument apparently undaunted by the strike out a fellow of his just endured (you’ll forgive the baseball analogy, it is spring training and not all of us are college basketball fans). He’ll get the same treatment Diety Shmiety got - his original post in italics, my commentary in bold. 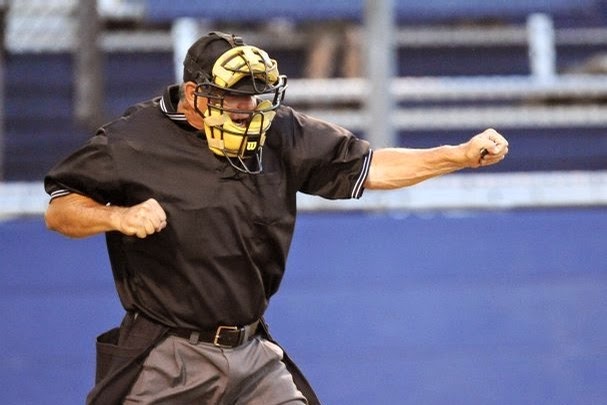 This is a post responding to Nathan Baronthini's* blog post "The Heavens Proclaim the Greatness of God - A Look at the Kalam Argument"
Nathan tries to mount a defense of the Kalaam cosmological argument as defended by William Lane Craig. He makes an arrogant proclamation at the end of his post that "the Kalam argument passes all three "tests," survives all objections, and definitively demonstrates the truth of its conclusion. In other words, Kalam has proven that God must necessarily exist. “
Argumentum ad hominem to start things off and incapable of correctly spelling “kalam”? This isn’t looking promising…

Before I continue, I would like to object in the strongest terms to such declarations. Even William Lane Craig would not make such a bold assertion about the Kalaam, because in philosophy it is almost certain that there will always be objections and unknowns. People like Craig believe that the assumptions (I did say that) of the Kalaam are reasonable ones that we should accept, but that we cannot conclude absolute truths from his arguments. Craig would certainly not present any other argument if his argument was a sure thing.

Our author misunderstands the nature of a deductive argument which doesn’t simply supply probabilistic knowledge, but (if the argument passes the three tests I mention in the original post) provides certainty. The classic deductive syllogism:
All men are mortal
Socrates is a man
Therefore Socrates is mortal
doesn’t just give us a reasonable assumption, but has provided absolute certainty of the mortality of Socrates (as if his being dead for 24 centuries wasn’t enough!)

" If we take a step back and consider what the universe is (all of space, time, and matter)"
This is based on a poor understanding of what materialists mean when they refer to matter. Matter is not a collection of the particles we observe. Matter is the fundamental substance of reality. With that in mind the universe as defined by a materialist does not end at the boundary of spacetime, and thus the Kalaam is weakened to include only the observable universe. Nathan's universe is too small, just like the ancient cosmologists who thought that there was a ceiling beyond which heaven existed. The Kalaam is at least as effective at demonstrating that this fundamental material substance is the cause of the universe as it is at demonstrating that a god is, and it wins in the department of parsimony because it doesn't assume that the cause of the universe also had a fish and wine business in the ancient world. It also meets both causal requirements by being both an efficient and material cause.

Modern Big Bang Cosmology (and various philosophical arguments which we examined on the original post) demonstrate that the universe (and any multi-verse of which it is potentially a part of) have an absolute beginning from nothing. Or, to use our atheist friend’s terminology, “the fundamental substance of reality” didn’t exist 13.9 billion years ago. It must have a cause… you can finish the rest of the Kalam yourself which rolls on just as inevitably with the shifted terminology. The part about “a fish and wine business” is really beneath comment. Kalam doesn’t prove the divinity of Jesus because it doesn’t seek to. We are simply looking at an argument for theism, not for Christianity.

"As the cause created all of time, it must not be contained within time, therefore it must be eternal."
Maybe I don't understand this bit, but something that seems to "exist" sans time (whatever that may mean) cannot be defined as eternal. It exists at no time. In other words it never exists.
A failure to understand the meaning of “eternal” might be the reason our atheist doesn’t understand this. Anything that is eternal must, by definition, exist “sans time.” Far from meaning that something eternal exists at no time, it means something eternal (i.e. not contained in time) exists at all times or, in other words it always exists. A simple dictionary could have supplied the deficiency here. But there’s more…

"As the cause created all of matter, it must not itself be material, therefore it must be immaterial. "
If you understood materialism you would not make this argument. Materialists do not claim that material must be extended in space and exist in time. It just refers to the most basic substance of existence. The material that materialists refer to offers a perfectly valid explanatory framework for the existence of the universe, and although admittedly vague and fraught with conjecture, still relies on less assumption than positing a mind that "exists" somehow in the absence of time and space.
This is dealt with on the original post. I do wish people would bother reading before responding.

"As the cause created the entire universe, it must be inconceivably, indeed all, powerful, therefore it must be omnipotent."
I don't see how this follows. Do ants in an ant farm that become sentient reason that I, the creator of the antfarm must be all powerful and all knowing? At best I could know everything about the antfarm. What theists presuppose is that yahweh exists ultimately and uncaused, and this assertion is never defended except by sloppily pointing back to the theological definition for yahweh they have crafted, that manages to sneak in the presupposition that yahweh is uncaused even though the entity has not yet been demonstrated.
Again, no one (except our atheist friend) is discussing Christianity. Leaving that aside, I fail to see how concluding that the creator of an ant farm isn’t necessarily all powerful at all diminishes the unimaginable power that a cause would need to have to produce everything from nothing. This argument is like saying someone who lifts an automobile over his head isn’t strong because I can lift a beer can over mine and I’m not strong.

"As the universe doesn't exist eternally with its cause (that is, the cause of the universe doesn't necessarily bring forth the universe), the cause must have a will, it must be personal. "
This is based on the reasoning that something needs to decide for the universe to come into existence. However if we consider a realm that is timeless (if that is even possible) there would be no time at which such a decision could be made and so such a decision seems impossible and unnecessary. Proponents of the KCA ask us to rely on our intuition when it comes to things beginning to exist but to throw it out when we need to consider things that are supposed to be timeless but at once also be able to make decisions.
No one is asking anyone to rely on any intuition (I wonder if our friendly neighborhood atheist would like to cite my original post to show where I even mention intuition in any context - spoiler alert: I don’t) for anything. You see how he can’t answer the actual argument given and instead attacks this intuition nonsense. That coupled to still misunderstanding what it means for something to be eternal and we’ve got a nice "hot mess" here.

" Such a being is obviously what men mean when they speak of "God." "
Of course he means yahweh, but he hasn't demonstrated that, so even if his argument succeeds, it fails to demonstrate that said being is yahweh. It is perfectly plausible that yahweh is a fiction and that the god that created the universe has nothing to do with it. Nathan comfortably ignores any alternate hypotheses in order to reason himself back to the conclusion he so confidently reaches in the final paragraph of his post. We are expected to believe that a god that creates the universe also asked middle eastern people to cut their genitals, which contradicts any kind of common sense. Unfortunately, this is the kind of thing people do when they try to do philosophy backwards.
If I meant YHWH, I’d have said so. This is nothing but a straw man. As I said above, kalam simply demonstrates the truth of theism, not of Christianity. Other arguments do that.