Does the Pro-Life Movement Have a "Protestant Problem?"

The ever controversial Michael Voris at ChurchMilitant.tv posted an interesting video this week that I happened upon. No, he isn't calling out the episcopacy and assaulting what he terms "the Church of Nice," but rather he is shining a bright light upon an interesting reason for the Pro-Life movement's failure to thus far turn back the tide of the Culture of Death. It is worth watching,


St. John Paul the Great, in his masterful encyclical Evangelium Vitae (the Gospel of Life) makes very clear the inherent connection between abortion and contraception both of which, finally, seek to sever the sexual act from procreation. The saint wrote (emphasis mine),


It is frequently asserted that contraception, if made safe and available to all, is the most effective remedy against abortion. The Catholic Church is then accused of actually promoting abortion, because she obstinately continues to teach the moral unlawfulness of contraception. When looked at carefully, this objection is clearly unfounded. It may be that many people use contraception with a view to excluding the subsequent temptation of abortion. But the negative values inherent in the "contraceptive mentality"-which is very different from responsible parenthood, lived in respect for the full truth of the conjugal act-are such that they in fact strengthen this temptation when an unwanted life is conceived. Indeed, the pro- abortion culture is especially strong precisely where the Church's teaching on contraception is rejected. Certainly, from the moral point of view contraception and abortion arespecifically different evils: the former contradicts the full truth of the sexual act as the proper expression of conjugal love, while the latter destroys the life of a human being; the former is opposed to the virtue of chastity in marriage, the latter is opposed to the virtue of justice and directly violates the divine commandment "You shall not kill".
But despite their differences of nature and moral gravity, contraception and abortion are often closely connected, as fruits of the same tree. It is true that in many cases contraception and even abortion are practised under the pressure of real- life difficulties, which nonetheless can never exonerate from striving to observe God's law fully. Still, in very many other instances such practices are rooted in a hedonistic mentality unwilling to accept responsibility in matters of sexuality, and they imply a self-centered concept of freedom, which regards procreation as an obstacle to personal fulfilment. The life which could result from a sexual encounter thus becomes an enemy to be avoided at all costs, and abortion becomes the only possible decisive response to failed contraception.
The close connection which exists, in mentality, between the practice of contraception and that of abortion is becoming increasingly obvious. It is being demonstrated in an alarming way by the development of chemical products, intrauterine devices and vaccines which, distributed with the same ease as contraceptives, really act as abortifacients in the very early stages of the development of the life of the new human being. (13) 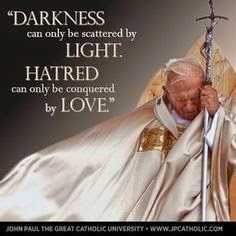 Because the underlying justification and goal of contraception and abortion are the same, because they both treat the potential child as "an enemy to be avoided at all costs" and treat sex as "a hedonistic" and "self-centered" activity, we simply can never finally win the war against abortion if we refuse to simultaneously engage the contraception issue. Only a preaching of the "Theology of the Body" can cure our nation's soul and rid us of the evil of abortion.

Refusing to comment on contraception while struggling against abortion would be like refusing to fight for equal rights of African Americans while struggling against slavery. If racism isn't eradicated slavery will simply devolve into a pseudo-slavery of Jim Crow where African Americans are only marginally more free than their pre-Civil War ancestors. It took Martin Luther King Jr - a man willingly to confront the ugly mentality that justified both slavery and Jim Crow, i.e. racism, to finally  exorcise the demons that stained the face of our Republic. The same must be done again here. We need a full fledged assault on the mentality that leads to both the direct murder of the unborn and to the use of contraception. In short, we need to wage a counter-revolution to the sexual ethos born out of the 60s and more, to the theory of moral relativism that undergirds it. Finally, both of these (the Sexual Revolution and moral relativism) are grounded on the same warped view of the world, the "self-centered concept of freedom" John Paul warned us about. This "self-centered concept of freedom" leads, ironically, not to freedom, but to slavery - slavery to our base desires, slavery to sin. Another pontiff, Benedict XVI (may he long live) warned us of this when he, on the day before he was elected pope, boldly warned the world that, 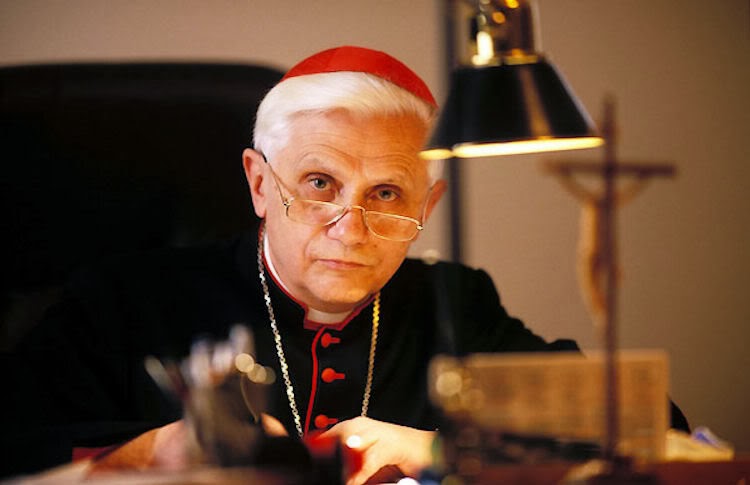 "We are building a dictatorship of relativism that does not recognize anything as definitive and whose ultimate goal consists solely of one's own ego and desires."
He also, in the same homily, gave us the only possible cure, "having a clear faith based on the Creed of the Church." (Homily, Mass for the Election of the Supreme Pontiff, 18 April 2005)


It is this Creed, with its condemnation of the "contraceptive-mentality," that can prevail against the forces of death. That is exactly what is has been Divinely constructed to do. There can be, then, no effective alliance for destroying the culture of death that is rooted in anything less than the full Gospel, given to the saints and perpetuated, in its fullness, alone in the Holy Catholic Church. Anything less will result in attempts that succeed only in slowly the death march of the Enemy. 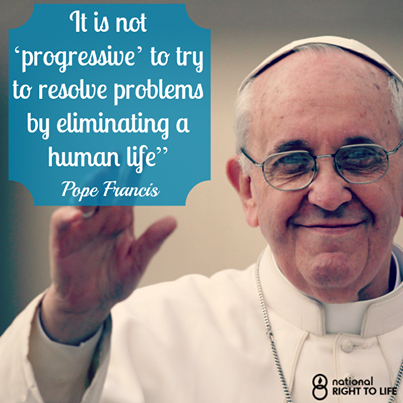