While surfing the internet the other day (people do still "surf" the internet, don't they?) and came across an anti-Catholic blog going by the misnomer "Unveil the Truth" where I found the following argument via meme: 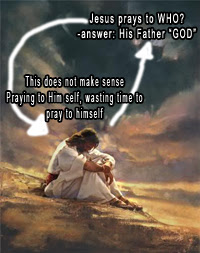 This supposedly devastating line of attack seeks to undermine the Holy Catholic Faith by claiming that Jesus, by praying to God the Father, proves that He isn't Himself God, thus (supposedly) undermining the Catholic Faith (of course this argument would undermine all Christianity, including Protestantism, but leave that to the side, the author seems unaware of the irony.)

What should a Catholic (or even a non-Catholic Christian) make of such an argument? Does Jesus' prayer (which we have looked at here on the blog - HERE for example) disprove His divinity? Does it "not make sense" for a divine Jesus "to pray to himself (sic)?"

There's a few different levels of misunderstanding that need addressed as we look at this problem. First, Jesus is both fully divine (thus God) and fully human (thus man). It is only because of this "hypostatic union" that Jesus can save man (because He is a man) by offering an eternal sacrifice of infinite worth (because He is God). Jesus isn't just divine, He is also human. It is through His human nature that He has human needs, needs that He wouldn't have if He was just divine. This is why Jesus, in His human nature, had a need to sleep, to eat, could feel pain and sorrow, and needed to pray. Jesus, because He became a man (i.e. He didn't just take on a human shape, but assumed a full human nature) became able to do all the things that all men can. He was, as the Bible tells us, like us in all things - except sin (cf. Heb 4:15). "All things" would include the ability to pray.

That takes care of whether Jesus, a divine Jesus, could pray, but leaves unanswered the main charge of the meme - that it is nonsense, indeed a "waste of time," for Jesus to pray to Himself. Of course, as the meme itself suggests, Jesus doesn't pray to Himself at all, rather He prays to God the Father (i.e. He doesn't pray to God the Son, He doesn't pray to Himself). Jesus' prayer is always directed to another person - the First Person of the Trinity - and is never directed toward Himself. Jesus' prayer, then, is a part of His communion with His Father, a reflection of their eternal heavenly communion, something which could never be a "waste of time."

Which may make one wonder why exactly Jesus (being eternal and thus not bound by time) ought to be so concerned with not "wasting time." Is Jesus working at Domino's, needing to make sure your pizza is delivered hot? Is He crunched by the clock of an eight hour work day? Jesus, the author of time, needed worry about "wasting time" at all even if praying to His Father was a waste of time, which it demonstrably isn't! 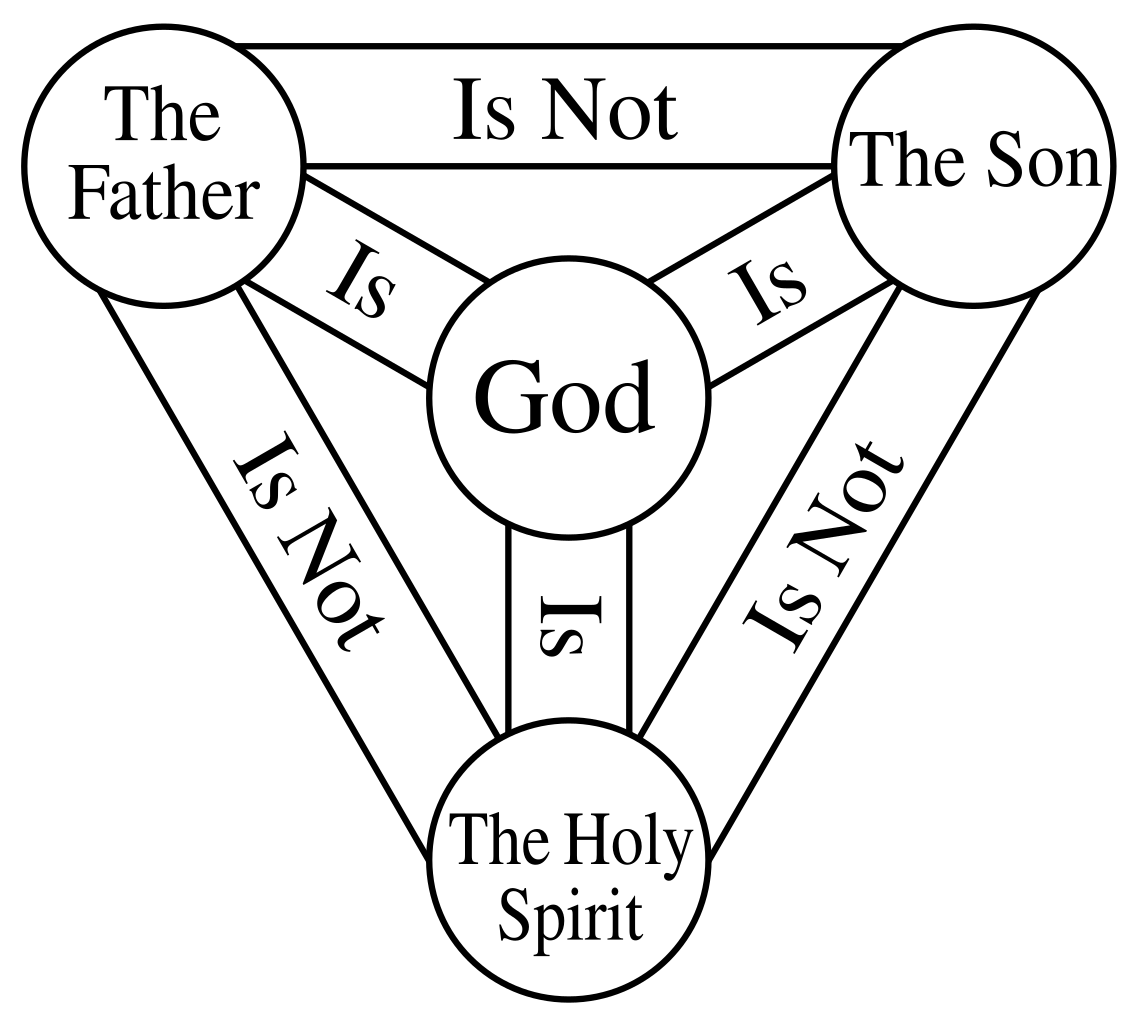 The author of "Unveil the Truth" lacks even a rudimentary understanding of the very doctrine he is trying to attack Catholics for believing, the doctrine of the Trinity. Admittedly, this is a difficult doctrine to understand, one which we can never fully understand in fact, but one which most middle schoolers could elucidate better than our meme creator. In fact, his criticism of Catholic doctrine - that Jesus is praying to himself, that Jesus, if divine, must be the Father to whom He is praying - relies on such a complete misunderstanding of this doctrine as to accuse Catholics of Sabellianism - a heresy which itself denied the Trinity! Thus "Unveil the Truth's" attack requires Catholics to both believe in the Trinity (to be attacked for it) and to disbelieve in the Trinity (for the attack to succeed) an obvious logical impossibility.

The moral of the story: you should probably at least have a minimal understanding of something before trying to attack it. Failing that, write an anonymous blog so as not to appear overly foolish.
Posted by Nathan Barontini at 8/20/2014 07:48:00 AM