One common criticism of Catholics from Protestants is that we worship statues in clear violation of the first of the Ten Commandments:

Copious amounts of ink has been and will no doubt continued to be spilled on this issue. Here I thought we'd approach it visually, a thousand words being worth but one picture and all.

So Protestants, is this "worshipping a statue?" 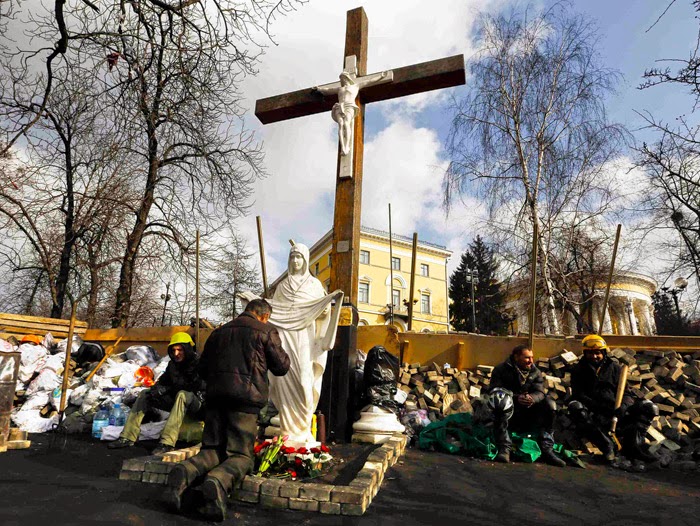 Wait a minute! Before you answer, is THIS "worshipping a book"? 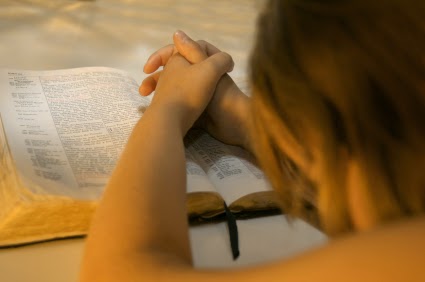 No, in both cases for the same reason. Both the Catholic family and the Protestant girl and praying with the aid of a religious object, the Bible in one case and a statue of Our Lord and his mother in the other. Catholics no more worship statues than Protestants (and Catholics) do Bibles.

As for the first commandment (what Protestants call the second commandment), let's look at it in context:

Thou shalt have no other gods before me. Thou shalt not make unto thee any graven image, or any likeness of any thing that is in heaven above, or that is in the earth beneath, or that is in the water under the earth. Thou shalt not bow down thyself to them, nor serve them: for I the Lord thy God am a jealous God, visiting the iniquity of the fathers upon the children unto the third and fourth generation of them that hate me; And shewing mercy unto thousands of them that love me, and keep my commandments. (Ex20:3-6 KJV)

This commandment is about not making idols (images made to be worshipped) not about not making any images at all. This is proved once again by reading the Bible in context. No less an authority than God Himself commanded His people to make images for use in worshipping Him:

“Make an atonement cover of pure gold—two and a half cubits long and a cubit and a half wide. And make two cherubim out of hammered gold at the ends of the cover. Make one cherub on one end and the second cherub on the other; make the cherubim of one piece with the cover, at the two ends. The cherubim are to have their wings spread upward, overshadowing the cover with them. The cherubim are to face each other, looking toward the cover. Place the cover on top of the ark and put in the ark the tablets of the covenant law that I will give you. There, above the cover between the two cherubim that are over the ark of the covenant law, I will meet with you and give you all my commands for the Israelites. (Ex 25:17-22)

Obviously, God isn't commanding Israel to violate His own commandments, so He mustn't have a problem with statues, even golden statues, being used precisely as religious objects as aids to worshipping Him.

So let's just agree to put this old canard to bed.