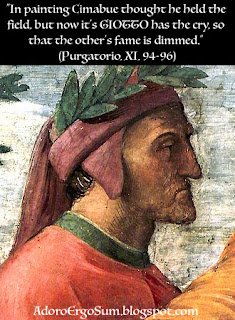 Giotto di Bondone was one of the most important painters in history. He was at the forefront of what would be called the Renaissance in painting, bringing a far greater degree of realism to religious art. This realism allowed people to "see" the events of Christ's life in a whole new way, a way which imprinted the reality of these events to a greater degree than before possible. You can think of these paintings as to the Thirteenth Century what The Passion of the Christ is to us today - a jolting visual reminder of the events that opened the doors for our salvation. In fact, Giotto's masterpieces maintain their power to inspire meditation even for us today.

What better way, then, to enter into Holy Week than to take some time, reflect on the Biblical Word and enter into these events with the great Giotto?

Feel free to share these images on social media. 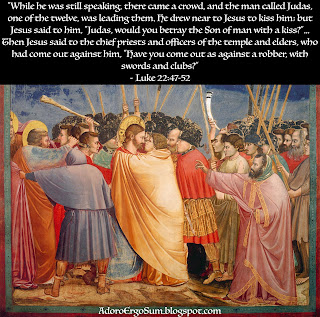 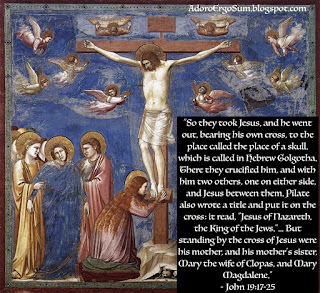 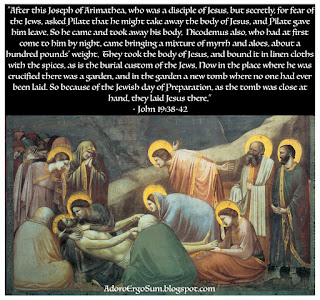 These are from Giorgio Vasari's The Lives of the Most Excellent Painters, Sculptors, and Architects:

(W)hen Giotto was still a young man with Cimabue (his teacher), he once painted upon the nose of a figure that Cimabue had completed a fly which looked so natural that when his master returned to continue the work, he tried more than once to drive the fly away with his hand, convinced that it was real. (p. 35)

As Giotto's fame grew he received commissions from great patrons, including Pope Benedict IX, who was looking to have several paintings done for St. Peter's. When the Pope's courtiers traveled to Florence to get a sample from Giotto of his work...


Giotto... took a sheet of paper and a brush dipped in red, pressed his arm to his side to make a compass of it, and with a turn of his hand made a circle so even in shape and outline that it was a marvel to behold. (p. 22)

Not only did this get Giotto the job, it also gave rise to a proverb in Tuscany that was still current two centuries later when Vasari was writing,


'You are rounder than Giotto's O.' This proverb may be considered delightful, not only for the incident which gave rise to it but even more so because of its meaning, which involves the ambiguity the word 'tondo' takes on it Tuscany, where it refers not only to a perfect circular figure but also to dullness and crudeness of wit. (p. 23)

And to showcase Giotto's legendary wit, let this story from his time in the Kingdom of Naples suffice,


On another occasion, the king said to him: 'Giotto, now that it is so hot, I would put aside my painting for a while if I were you.' And Giotto answered, 'I certainly would too, if I were you.' (p. 27)

If all that isn't enough to make you love Giotto, he was also responsible for this, the campanile (bell tower) of Florence's Cathedral, which I've had the immense pleasure of climbing... 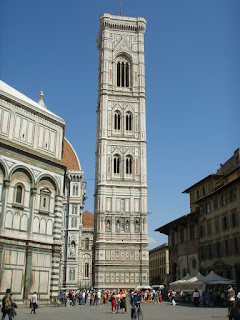 Have a blessed Holy Week and remember to always keep this in mind... 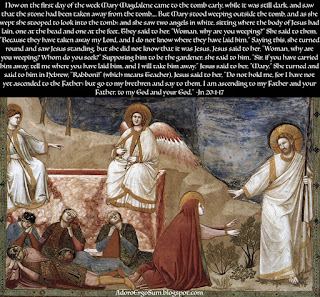 
If you enjoyed this post, check out my other posts on Catholic Art