It is No Argument Against Catholicism that Fundamentalism be False

Yesterday, we listened to Father Barron explain how the Church understands her own holy book - especially the beginning of that holy book. This, as we saw, isn't the way atheists would like us to understand our own book, but it is the way we've always done so. Perhaps the best place to turn to for the official way to understand the Bible (brought to you by the same people that brought you the Bible in the first place) is the Dogmatic Constitution on Divine Revelation from the Second Vatican Council, Dei Verbum.

The whole document, which is rather short, is worth the time to read (you have read the four major constitutions of the Second Vatican Council, haven't you?), but today I want to draw our attention particularly to chapters 11 and 12 (emphasis mine):


11. Those divinely revealed realities which are contained and presented in Sacred Scripture have been committed to writing under the inspiration of the Holy Spirit. For holy mother Church, relying on the belief of the Apostles (see John 20:31; 2 Tim. 3:16; 2 Peter 1:19-20, 3:15-16), holds that the books of both the Old and New Testaments in their entirety, with all their parts, are sacred and canonical because written under the inspiration of the Holy Spirit, they have God as their author and have been handed on as such to the Church herself. In composing the sacred books, God chose men and while employed by Him they made use of their powers and abilities, so that with Him acting in them and through them, they, as true authors, consigned to writing everything and only those things which He wanted.
Therefore, since everything asserted by the inspired authors or sacred writers must be held to be asserted by the Holy Spirit, it follows that the books of Scripture must be acknowledged as teaching solidly, faithfully and without error that truth which God wanted put into sacred writings for the sake of salvation. Therefore "all Scripture is divinely inspired and has its use for teaching the truth and refuting error, for reformation of manners and discipline in right living, so that the man who belongs to God may be efficient and equipped for good work of every kind" (2 Tim. 3:16-17).

12. However, since God speaks in Sacred Scripture through men in human fashion, the interpreter of Sacred Scripture, in order to see clearly what God wanted to communicate to us, should carefully investigate what meaning the sacred writers really intended, and what God wanted to manifest by means of their words.
To search out the intention of the sacred writers, attention should be given, among other things, to "literary forms." For truth is set forth and expressed differently in texts which are variously historical, prophetic, poetic, or of other forms of discourse. The interpreter must investigate what meaning the sacred writer intended to express and actually expressed in particular circumstances by using contemporary literary forms in accordance with the situation of his own time and culture. For the correct understanding of what the sacred author wanted to assert, due attention must be paid to the customary and characteristic styles of feeling, speaking and narrating which prevailed at the time of the sacred writer, and to the patterns men normally employed at that period in their everyday dealings with one another.
But, since Holy Scripture must be read and interpreted in the sacred spirit in which it was written, no less serious attention must be given to the content and unity of the whole of Scripture if the meaning of the sacred texts is to be correctly worked out. The living tradition of the whole Church must be taken into account along with the harmony which exists between elements of the faith. It is the task of exegetes to work according to these rules toward a better understanding and explanation of the meaning of Sacred Scripture, so that through preparatory study the judgment of the Church may mature. For all of what has been said about the way of interpreting Scripture is subject finally to the judgment of the Church, which carries out the divine commission and ministry of guarding and interpreting the word of God. 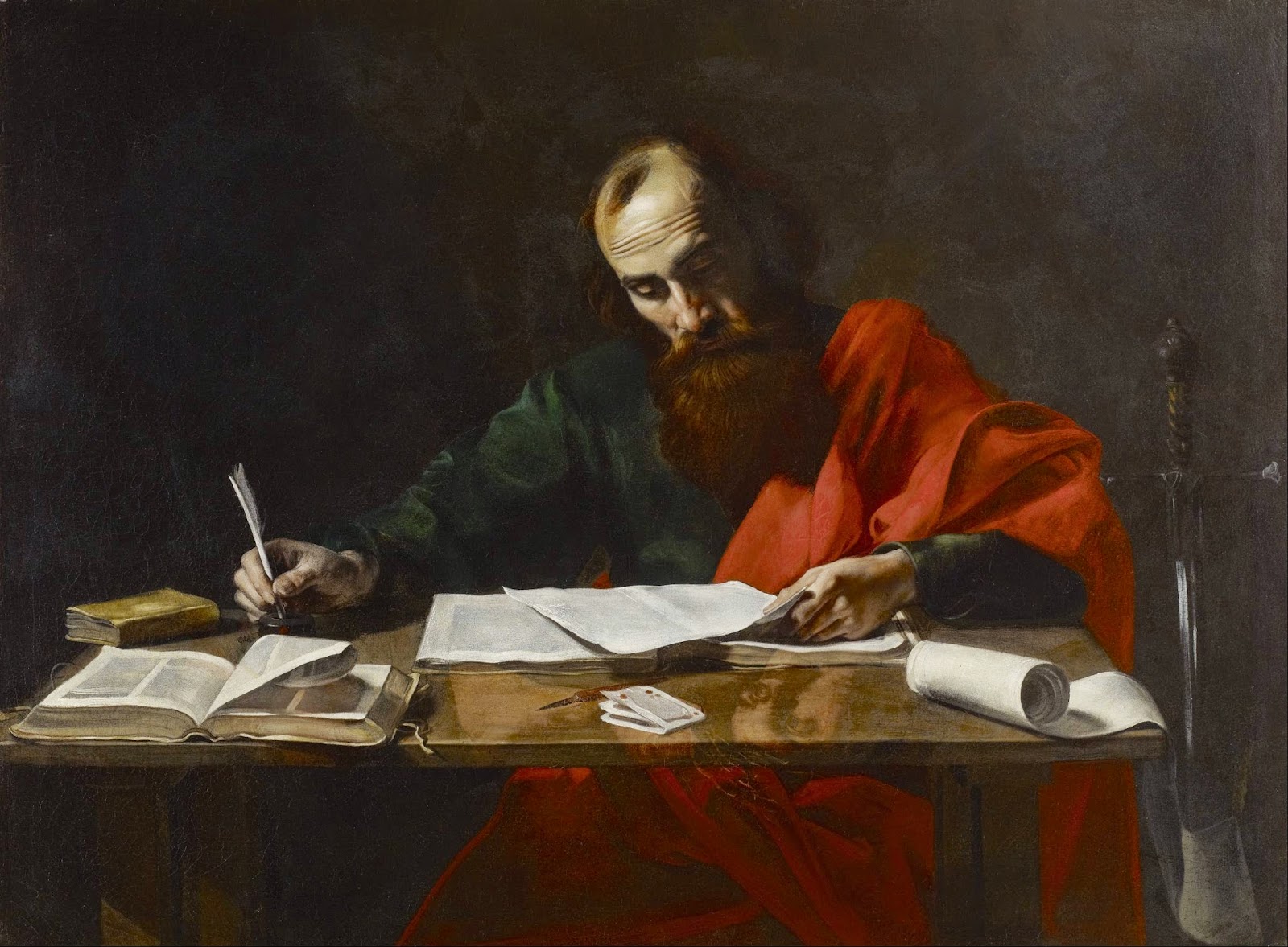 In other words, the Bible is the inerrant word of God; it contains no error. But the Bible didn't just fall out of the sky one day with a booming voice commanding us to "read this in memory of me." It was written by God, through men. The human authors of the Bible were not used by God the way I use my keyboard to write this blog. No, they are real authors of the texts no less than I am of this post. Because of this, the style of writing (including genre) of the author must be taken into consideration if we are to understand the Bible at all. Further, we must look at the whole Scripture (which is a unity) just as we must look at all of Romeo and Juliet to understand the play (imagine the confusion that would ensue if someone insisted on interpreting the entire play, but refused to read beyond Act One). More than this, we must look at the Tradition of the Church, which makes up the other part of Revelation, if we are to understand the Bible correctly. The Catechism helps us here:


[Holy] Tradition transmits in its entirety the Word of God which has been entrusted to the apostles by Christ the Lord and the Holy Spirit. It transmits it to the successors of the apostles so that, enlightened by the Spirit of truth, they may faithfully preserve, expound and spread it abroad by their preaching. (81)

As a result the Church, to whom the transmission and interpretation of Revelation is entrusted, "does not derive her certainty about all revealed truths from the holy Scriptures alone. Both Scripture and Tradition must be accepted and honored with equal sentiments of devotion and reverence. (82)

Which means looking at "the Bible and the Bible alone" (as our Protestant and atheist friends love to do) is looking at only a portion of revelation, a part of the picture.

Finally, it must be recognized that the Bible isn't written by or to individual Christians (or atheists) and neither are they in a position to finally and definitively interpret it. The Catechism points out that,


"The task of giving an authentic interpretation of the Word of God, whether in its written form or in the form of Tradition, has been entrusted to the living teaching office of the Church alone. Its authority in this matter is exercised in the name of Jesus Christ." This means that the task of interpretation has been entrusted to the bishops in communion with the successor of Peter, the Bishop of Rome. (85)

"Yet this Magisterium is not superior to the Word of God, but is its servant. It teaches only what has been handed on to it. At the divine command and with the help of the Holy Spirit, it listens to this devotedly, guards it with dedication and expounds it faithfully. All that it proposes for belief as being divinely revealed is drawn from this single deposit of faith." (86) 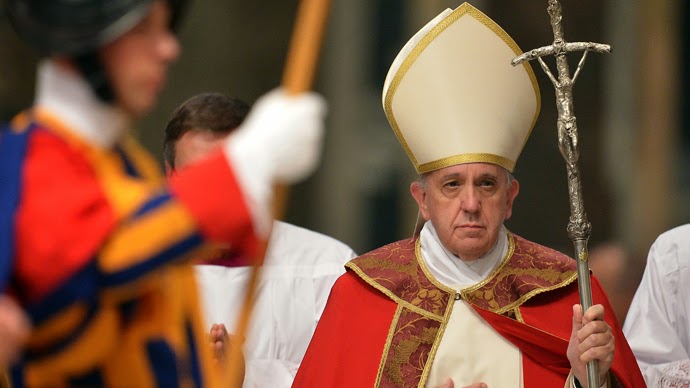 It is only with this full understanding of how to understand God's Revelation to man that we can remain in the truth. That might not be convenient for the internet atheist who fancies himself an armchair exegete or even for the Christian desperate to conform himself to world (by embracing "same-sex marriage" e.g.), but that is how it has always been and will always be.

Which is, perhaps, just a long way of pointing out that it is no argument against Catholicism that Fundamentalism be false.
Posted by Nathan Barontini at 9/24/2014 09:49:00 AM