I had an interesting exchange with an atheist recently on Google+ who, when I asked him if he had read the Bible he was so disparaging of, gave me the following reply, which I thought merited an extended answer here.


Yes I have from cover to cover. A couple of times. None of it corresponds with reality. The creation mythology for a start. The flood is pure bull@$#^. The rest is just confirmation of the Israelite belief that they are "chosen".The pervasive sense of self justification for the barbarity permitted in the name of "god" is disgusting.

It seems my atheist friend has managed to read the Bible "cover to cover" without understanding any of it. Such is equally tragic and common, I'm afraid. I will tip my hat to him for actually taking the time to read it. I don't know how many atheists I've talked with whose sole knowledge of the Bible is something they've heard Richard Dawkins quote or something they've read on some "debunker" website (usually itself in desperate need of debunking). 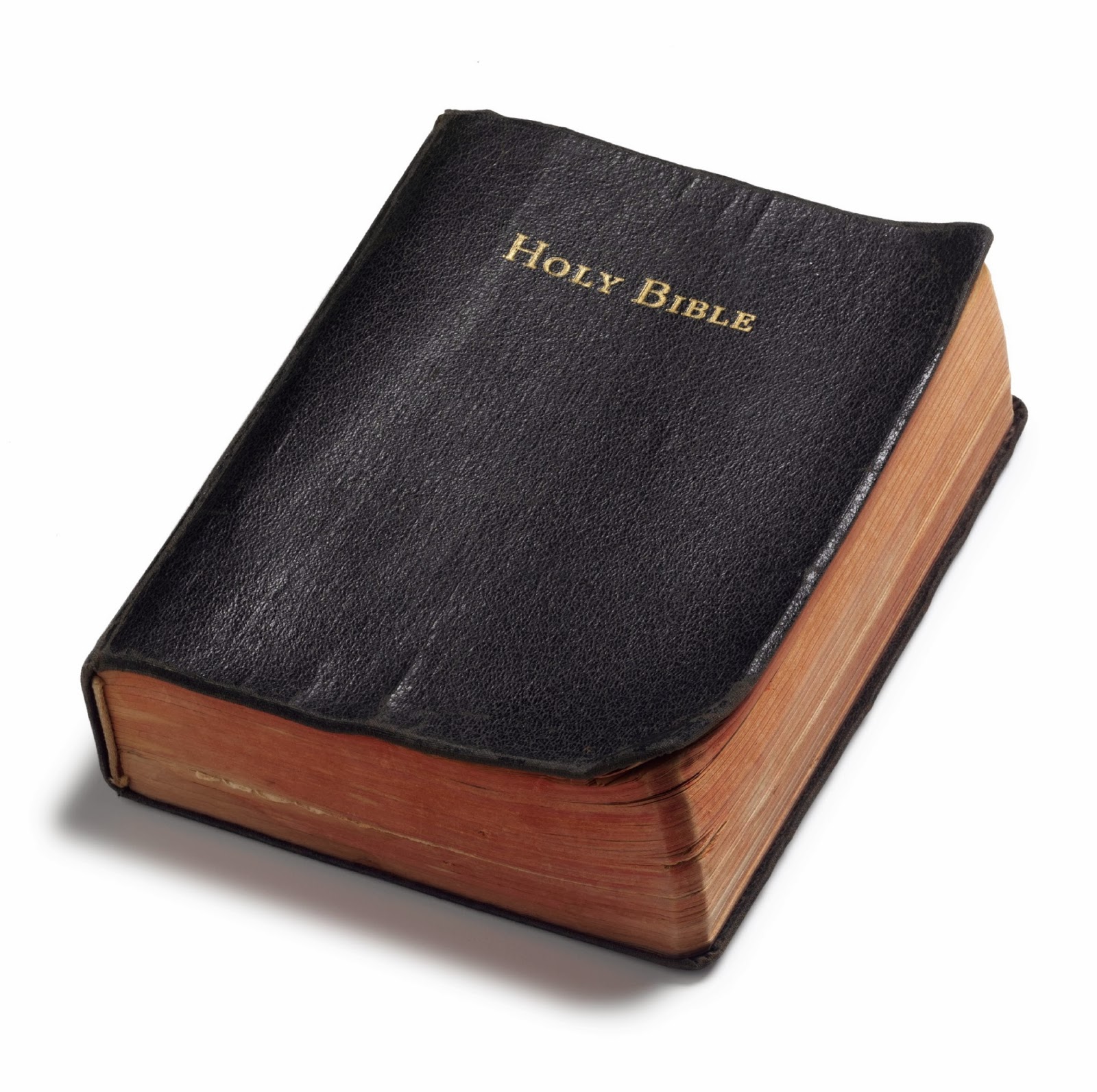 Perhaps it is worth nothing, however, that reading the Bible "cover to cover" is a great way to ensure you miss the point. In fact, there might be no better way to read the Bible while ensuring you will certainly misunderstand it than to read it "cover to cover." Why? isn't turning the first page and plowing through till we reach the end the best way to read a book? Perhaps, but it isn't the best way to approach a library. And the Bible isn't really a book - its a mini-library of books which were written by diverse people over millennia. As going to the local library and deciding to learn a subject by starting with whatever author's name happens to start with "A" would only lead to confusion, so too with the Bible. The best way to approach a new subject at your local public library is to start with introductory books and work your way to the more difficult ones as you master the fundamental material. Picking up an advanced calculus book without being able to add 2 and 2 will lead to frustration. That, of course, doesn't show something is deficient in the calculus book, it means something is horribly wrong with your approach to learning math.

Making things yet more complicated are the various genres contained within the Bible. Most people who pick up the Bible to read it "cover to cover" read all the books the same way, as if they were all the same kind of book. Nothing could be farther from the truth. Reading Lord Byron's "The Destruction of Sennacherib" the same way you'd read Isaac Newton's Mathematical Principals or even Edward Gibson's Decline and Fall of the Roman Empire would result in absurd conclusions being drawn. Of course, such conclusions would say little about any of those works, but might say a lot about the readers mistaken approach.

The Bible contains a wide variety of different types (genres) of writing. Within its "covers" we find: history, poetry, law, myth, interpretation of other Scriptures, theology, philosophy, and prophecy. Reading all these in the same flat (literalistic) manner leads only to confusion. But again, that isn't the fault of the sacred authors, the blame lies squarely at the uneducated manner the reader insists on taking when reading their words.

Yet further complicating matters, the books of the Bible were written in very different cultures, with very different standards for composition. The question, when looking at the literal sense of any passage of Scripture, must be "what was the sacred author intending to relate" not what would a modern American, writing in English, in the twenty-first century, be trying to relate here. A great example is drawn from the history of the Bible. Are the numbers given for the various armies exactly recorded? Or are they estimates given to provide a sense of the battle? Ancient historians of all stripes took the latter course, today's historians prefer the former. Or, when the sacred authors speak of things like the sun standing still - and atheists leap with joy to declare the sun always stays still, so the Bible is wrong in its assumption that it usually moves - they are using phenomenological language, the same atheists themselves use when they speak of "sunrise" and "sunset." Such isn't an error, but it does require understanding how the authors are using language.

A minute ago I mentioned that the Bible contains, among many other styles of writing, myth. Ah yes, the atheist will no doubt agree, it is all myth! Of course, we now see a modern example of the failure of language to easily communicate across even the divide that exists within our own culture (and which should cause us to hesitate to think such divides are unimportant in understanding writing from millennia ago). Myth here refers not to "something false" (which the word myth doesn't really mean in English despite frequent misuse), but refers to some truth being told in a poetical way. Such is the case for the first three chapters of Genesis. The events recounted happened, everything was created by God, including man, who then, through the temptation of Satan, fell and brought sin into an otherwise good world. These events though are not recounted in simple historical terms, as much else is in the Bible, but in symbolic terms - thus in "mythical terms" using the word myth in it's technical sense. The Bible certainly isn't trying to give a modern scientific explanation of how the world came into being (pace young Earthers), but is giving a theological explanation as to how and why God created everything ex nihilo. Examples could be multiplied, but I'll leave such a task to the reader.

All of this complexity exists on the purely mundane level of the Biblical texts, without even looking at the supernatural dimensions of the book, which are essential to understanding the Bible as Christians do. Here we see the texts as inspired not for your average "Joe Six-Pack" to set alone in his room reading the thing "cover to cover," but for the Church (to whom and for whom the Scriptures are written) to proclaim them in the Liturgy. Yes, the Bible ultimately is a liturgical book - meant for communal reading. Thus, we see why it was never assembled in such a way as to provide for a clear "cover to cover" reading. It isn't read that way at Mass. The order of the books were standardized so they could be easily found by the lector, not so that the Bible could be privately interpreted by someone (either fundamentalist or atheist) sitting alone in a room. Such a method, while meritorious, must be an addition to reading with the mind of the Church (sentire cum Ecclesia) not put in opposition to it. When such is done, when the author is ignored, the meaning is lost. Reading in such a manner is no different than going to Florence's Accademia dell'Arte viewing it's masterpiece and throwing your hands up in the air being completely unable to figure out who exactly this large naked man is supposed to be. Perhaps, it might be suggested, if you were to listen to Michelangelo the mystery would dissolve. 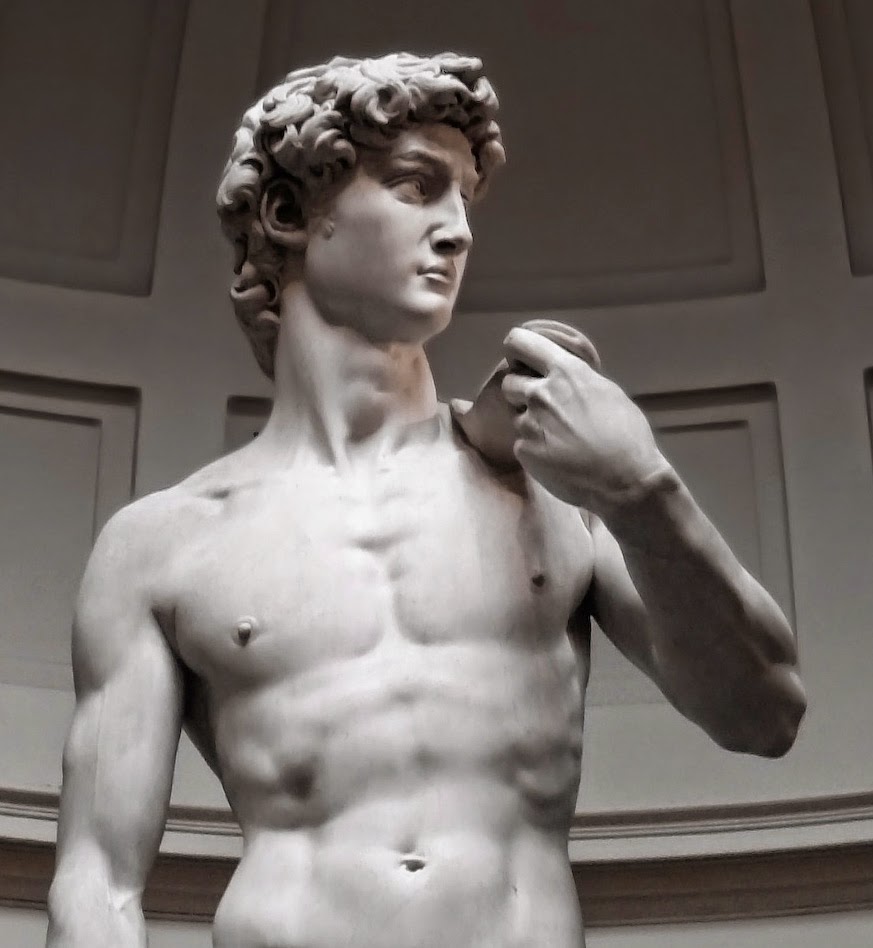 To yet further cloud the mind of a modern "cover to cover" reader of the Bible, is the whole problem of hermeneutics. What worldview does the reader bring with him to the book? Is he a "Bible believing" Fundamentalist, intent on taking a literalistic interpretation of every passage (except John 6, of course) and already deciding such a interpretation is true? Is he, like our friend with the question, an atheist, already committed to an a priori rejection of the miraculous, intent on dismissing  everything as "bull" before even opening that first page? Again, only by reading with the mind of the Church, with the mind of the author, can we read the work correctly. Such isn't to demand acceptance of the truth of the Bible before reading it, but such is to demand reading it on its own terms before deicing anything. Such a demand brings us back to understanding what kind of book we are reading before being able to read it correctly (and reading it correctly is always prior to judging it correctly). Indeed, I've yet to meet an atheist who doesn't read the Bible like a Fundamentalist Christian. The only thing separating the two is belief. The Fundamentalist believes and the atheist doesn't, but neither can get past a literalistic (not literal, but literalistic) reading that sinks their hermeneutical ship from the start.

At the end of the day, however, I will tip my hat to the atheist. Reading is the first step to understanding. The first, but not the last. Now if only he could manage to read it correctly...