Is the Bible too Complex to be Written by God?

Yesterday, I received a question on my Google+ page from an atheist reader who frequently comments. He's been fixated on the idea that the Bible, if it was really written by God, should be immediately and easily understandable even when ripped out of the context of the teaching of Church, to whom the Bible is written. Normally, I jot out a quick answer and move along, but as this questioner continually goes back to this question and as others might be thinking the same thing, I thought I'd deal with it in a little more detail than normal. The question came as follows,

Wouldn't a perfect being make itself knows to all in a simple and easy to understand way?  Instead we get this mixed messages with a variety of people saying they are "correct".

Also did Jesus say to pray in your closets instead of out where people can see you?﻿

Now you might be saying to yourself, hey... wait a minute... I've seen Christians praying and they weren't inside a closet! They aren't following the teaching of Jesus!! But that would be to terribly misunderstand Jesus point entirely.

Jesus isn't telling His followers to literally go into a closet when they want to pray. He is using an idiom, like when I say "it's raining cats and dogs outside today" I'm not literally saying felines and canines are falling from the sky, I'm using an idiom to convey the idea that it is raining really hard out. We do this all the time. So did people in Jesus' day. So did Jesus. Which is why we need to be careful not to read the Bible in an overly literalistic way (a frequent mistake of both atheists and fundamentalists). When we look at any passage from the Bible we have to always be aware of the genre that book was written in. Remember, the Bible isn't just "one book," it is actually a mini-library containing history, poetry, prophecy, parable, codes of law, and myth (yes, myth and no that doesn't mean what you think it does, but we'll get to that later). Reading a poem in the same way you read history (or reading history as if it were a poem) will lead to endless misunderstandings.

The Church has traditionally pointed to four different senses (or levels) of interpretation possible for any particular Bible passage. These are:

1. The Literal Sense  (not to be confused with a literalistic reading of Scripture) - this is the ground level of all the other senses and answers the question, what was the author seeking to convey here? Here is where we account for things like idiomatic expressions (like going into a closet to pray) to get at the real meaning being conveyed. It is by understanding the literal sense that we don't call a vet when we're told it is raining cats and dogs.

2. The Allegorical Sense - in which we gain a greater understanding of the significance of Old Testament events by seeing how they allude to the life of Christ, e.g. the Israelites are saved by passing through the Red Sea, which is a type of baptism.

3. The Moral Sense - which shows us how to better live.

4. The Anagogical Sense - which points us to our heavenly homeland.

Needless to say, if you bungle the literal sense you'll misunderstand the other three sense too, so starting with a firm exegesis of a particular passage's literal sense is very important.

So we need to discern what Jesus was actually telling His followers when in Matthew 6:6. which, of course, isn't at all about closets (although I once knew a Protestant seminarian who literally prayed in his closet because of this verse) but about praying "in secret."

What then of those pesky Christians, like myself, who insist on praying in public, even daring to say grace at restaurants? Aren't they failing to follow Jesus' command to pray "in secret?" No, that is still missing the point. Jesus praises people who pray in public, like the humble tax collector in Luke 18:10-14


two men went up into the temple to pray; the one a Pharisee, and the other a publican. The Pharisee stood and prayed thus with himself, God, I thank thee, that I am not as other men are, extortioners, unjust, adulterers, or even as this publican. I fast twice in the week, I give tithes of all that I possess. And the publican, standing afar off, would not lift up so much as his eyes unto heaven, but smote upon his breast, saying, God be merciful to me a sinner. I tell you, this man went down to his house justified

And, of course, Jesus Himself gives us an example of a man who prays in public, even in a place as public as His Cross and even in "a loud voice,"


And when Jesus had cried with a loud voice, he said, Father, into thy hands I commend my spirit: and having said thus, he gave up the ghost. (Lk 23:46) 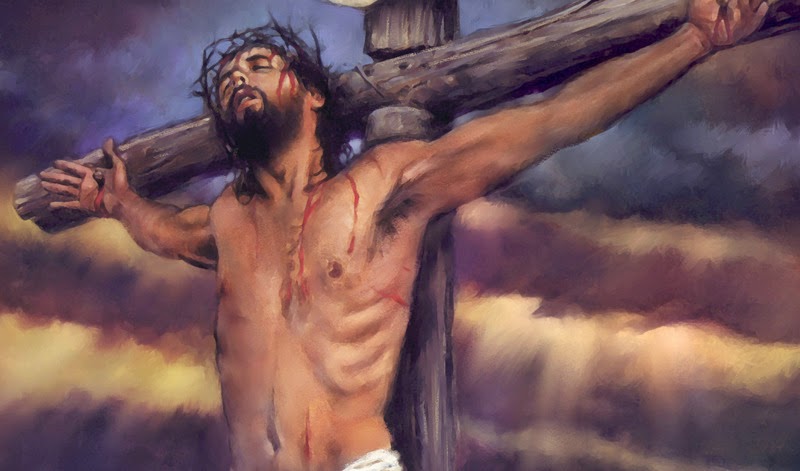 So what then is Jesus talking about back in Matthew 6:6? We find out by reading in context, especially the immediate context of Matthew 6

By reading more than just one verse ripped out of context we see that Jesus isn't condemning public prayer (the kind of which He commands His followers to preform at the Last Supper), but is condemning hypocrisy, condemning those who use public prayer not to commune with God but to gain the "glory of men."

Which brings us right back around to the seemingly unrelated first part of the question, if the Bible was the word of God, wouldn't it be easy to understand, even when ripped out of all possible context?

Of course the answer lies not in the Bible but in the reader. All books, even the inspired books of the Bible, are only understood by men through readers. Thus there are two elements that make up whether a book is easily understandable, the book itself and the person reading the book. The Cat in the Hat is easily and immediately understood, unless your illiterate, then it too is a puzzle. Does that mean the The Cat in the Hat is a difficult book? Not intrinsically, but it can be for some readers. In much the same way, there is nothing deficient about the Bible because a certain person can't understand it, there just may be something deficient, however, about the way the reader is going about trying to understand it.

Which of course leads us back to the wisdom of God, who, knowing that an inerrant book would be worthless without an infallible reader to go along with it, provided us with both - the Bible and the Church, we needed both, He provided both. The Bible is the inerrant message that God wants to get across to humanity. The Church is the infallible communications system that gets that message across to all people at all times without scrambling it. To try to take the Bible without the Church would be like watching an HD movie on a SD TV and complaining that "a modern company ought to be able to produce a movie with better quality graphics!" It might not be the movie, it might just be the system you are trying to play it on.

Besides, is "easy to understand" really the hallmark of divine inspiration? If so I can't remember the passage in the Bible or the Fathers that asserts it. And wouldn't that line of thinking prove too much? Wouldn't our The Cat in the Hat then be a candidate for canonization (few books are easier to understand)? And, from looking around at the universe He created (think of DNA, solar systems, constellations, bee hives, or the human brain), is simplicity really His calling card? Or would the atheist, if the Bible was so utterly simple as to be impossible to misunderstand, then just cry out, "that!? You're saying that book is the Word of God? Why it is too simple to be written by anything but a third grader! I'd expect more of a "perfect being." Yes, something tells me that is exactly what we'd hear. I suppose some people are apt to never be satisfied.
Posted by Nathan Barontini at 9/03/2014 07:40:00 AM