Terminally Ill 29 year old Decides to Commit Suicide. What Will Become of Her Soul?

I just came across a very disturbing story over at People, Terminally Ill 29-Year-Old Woman: Why I'm Choosing to Die on My Own Terms.

Long story short, this poor woman (please pray for her) has an incurable brain tumor that will, in time, kill her. Instead of waiting for what seems like a certain (and painful) death, she has decided to kill herself with prescribed medications - basically, she's decided to poison herself. This is something we are going to be seeing more and more of, I think. Not for nothing did St. John Paul the Great identify our civilization as "the Culture of Death."

What are we to make of such pieces that laud the decision of a young woman to kill herself? Of course, we all remember the fifth commandment, "thou shall not kill," which would also rule out self-killing (suicide or "dying with dignity") as much as it would killing your neighbor. Breaking any of the Ten Commandments is grave matter, which would, under normal circumstances, qualify suicide as a mortal sin - the kind of sin that damns people's souls to an eternity in hell (for they have thereby rejected God forever.)

All sins, of course, can be forgiven if we repent. The particular problem with the suicide is that it seems the suicide has no time to repent.  I suppose a person who decides to hang himself might be able to repent and fail to be able to get himself out of the noose in time to save himself or perhaps a person might have second thoughts about ending their own life by jumping off a building in the split-second they have before they crash upon the ground, but for the vast majority of suicides, it would seem that the person doesn't have time to repent because their sin is nothing less than deliberately rejecting having more time all together.

Dante
This conundrum is such that the Church has always been especially dismayed over suicides. Dante, in the single greatest art created by any man - The Divine Comedy - finds the souls of the suicides in his journey through Inferno as he walks through a dense forest (the trees being the very shades of the suicides themselves),

When the exasperated soul abandons
The body whence it rent itself away,
Minos consigns it to the seventh abyss.

It falls into the forest, and no part
Is chosen for it; but where Fortune hurls it,
There like a grain of spelt it germinates.

It springs a sapling, and a forest tree;
The Harpies, feeding then upon its leaves,
Do pain create, and for the pain an outlet.

Like others for our spoils shall we return;
But not that any one may them revest,
For 'tis not just to have what one casts off.

Here we shall drag them, and along the dismal
Forest our bodies shall suspended be,
Each to the thorn of his molested shade. (Canto, XIII) 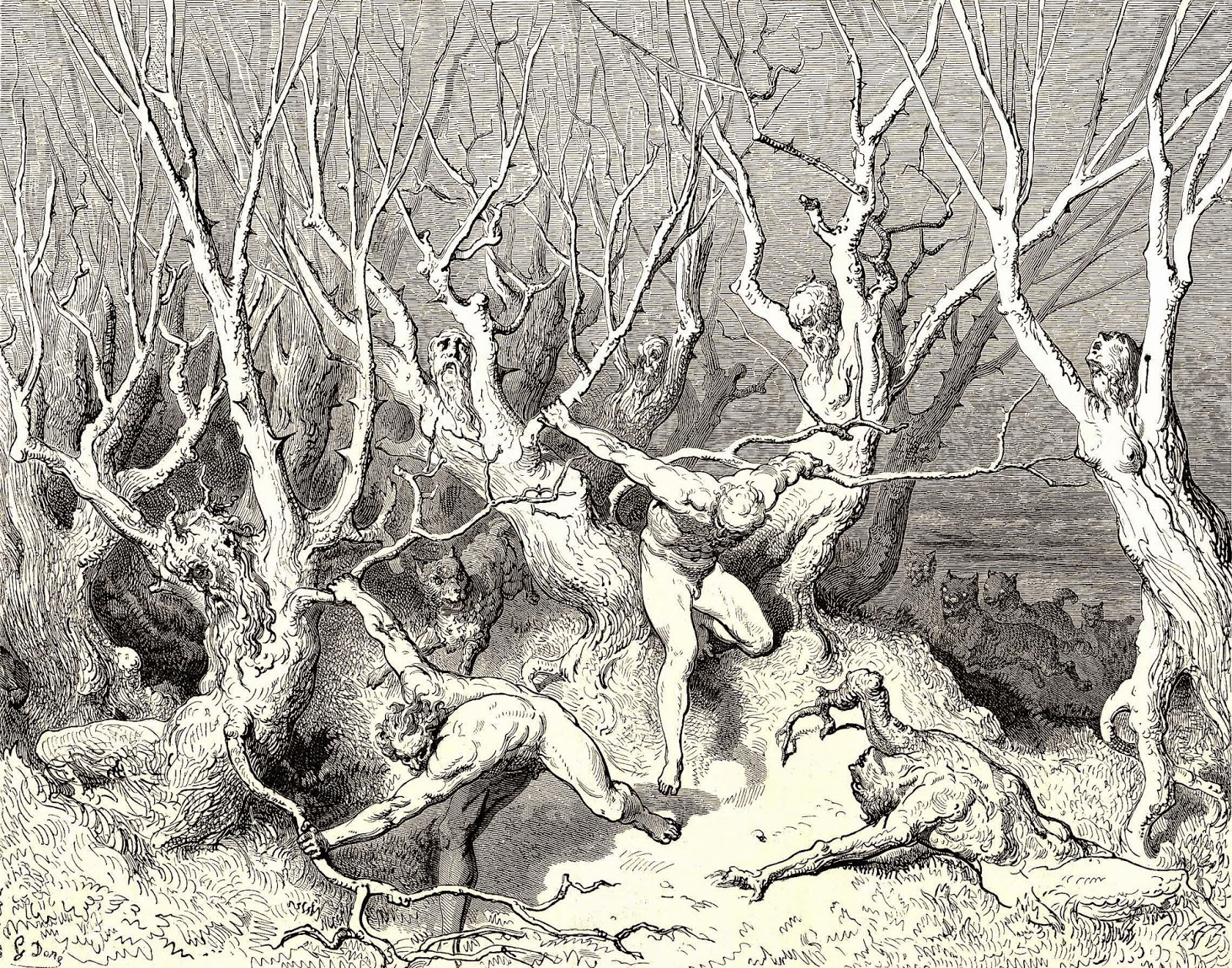 These souls, unique among the damned and the saved, will never get their bodies back, as it would be unjust for them to receive back that gift which they disdained to keep. 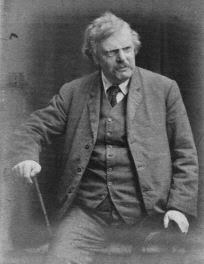 "I read a solemn flippancy by some free thinker: he said that a suicide was only the same as a martyr. The open fallacy of this helped to clear the question. Obviously a suicide is the opposite of a martyr. A martyr is a man who cares so much for something outside him, that he forgets his own personal life. A suicide is a man who cares so little for anything outside him, that he wants to see the last of everything. One wants something to begin: the other wants everything to end. In other words, the martyr is noble, exactly because (however he renounces the world or execrates all humanity) he confesses this ultimate link with life; he sets his heart outside himself: he dies that something may live. The suicide is ignoble because he has not this link with being: he is a mere destroyer; spiritually, he destroys the universe." (chapter 5)

The Catechism
More authoritatively, The Catechism of the Catholic Church also deals with suicide,


Everyone is responsible for his life before God who has given it to him. It is God who remains the sovereign Master of life. We are obliged to accept life gratefully and preserve it for his honor and the salvation of our souls. We are stewards, not owners, of the life God has entrusted to us. It is not ours to dispose of. (2280)

Suicide contradicts the natural inclination of the human being to preserve and perpetuate his life. It is gravely contrary to the just love of self. It likewise offends love of neighbor because it unjustly breaks the ties of solidarity with family, nation, and other human societies to which we continue to have obligations. Suicide is contrary to love for the living God. (2281)

Against such reasoning we get, from the article at People,


I believe this choice (suicide) is ethical, and what makes it ethical is it is a choice

Of course, if something is ethical merely because it is a choice then nothing is ethical at all (or everything is). Is it not a choice for a thief to steal your car? Or for a murderer to end your life? Or for a rapist to have his way with whomever he pleases? Everything is a choice. In the end, such morality amounts to nothing more than the imposition of the will of the strong upon the weak. If something is made ethical because "it is a choice" then whoever has enough money, power, or brute strength to impose his choice over yours has ethics on his side. This is nothing more than the "might makes right" fallacy.

All of the above would seem to give little hope to the suicide. Of course, those who take their own lives in a moment of unreason would be incapable of sinning, even by killing themselves. We know we can't accidentally sin (cf. CCC 1857). We must be able to make a conscious decision to commit act x (in this case suicide) for our action to rise to the level of sin. This is exactly what an insane person can't do, hence the insane can't sin at all. Perhaps, some one will say, everyone who takes their life is insane.

But, what of someone like our 29 year old woman? She clearly isn't insane. In fact, she seems perfectly rational about her decision, even dedicating her remaining time on this Earth to spreading the "Gospel of Suicide" in a campaign to extend the "right" to end one's own life with "dignity." This is the exact situation the Catechism foresees, in paragraph 2282, as increasing the gravity of the sin,


If suicide is committed with the intention of setting an example, especially to the young, it also takes on the gravity of scandal. Voluntary co-operation in suicide is contrary to the moral law.

Don't Lose Hope
Does all of this mean we should "lasciate ogni speranza" (to return to Dante) - abandon all hope - for those who deliberately take their own lives?

By no means. Again the Catechism is instructive, striking the balance that is the hallmark of the truth (and of Catholicism),

However, we should also not presume their salvation (cf. CCC 2092).

Ending your life is a terrible thing to do. Something you can't undo once done. No matter what evils you are living through, please don't follow this woman's bad example. Dare to live. Dare to hope. Hear the words of Christ and be bold.

Why shall we not fear, even in our darkest hours? Because


For though I should walk in the midst of the shadow of death, I will fear no evils, for thou art with me. (Ps 23:4)

He (Christ) is with you. Don't despair. Don't seek death. Whatever evils may be plaguing you, remember after death, it could still get worse.

Pray with me.
Please join me in offering a prayer to Saint John Paul the Great, who was no stranger to suffering and illness, that this young woman may be healed. Or, if that be not the will of God, that she may have the courage to live out her time, using her suffering to fill up what is lacking in the afflictions of Christ (cf. Col 1:24).


Please also join me in praying for the untold numbers of those struggling with a desire to end their lives, that such an unfortunate witness may not drive them over the edge.


Almighty and clement Father, Who wills all men to be saved, please send forth your Spirit to those whose Earthly struggles are so overwhelming that they seek the peace of an untimely grave, that their hearts may be filled with hope, their wills may be filled with fortitude, and their minds may be filled with Christ, hope of the world. We pray this through the intercession of Our Lady, who brought forth hope and forgiveness into a world of darkness and sin. Amen. 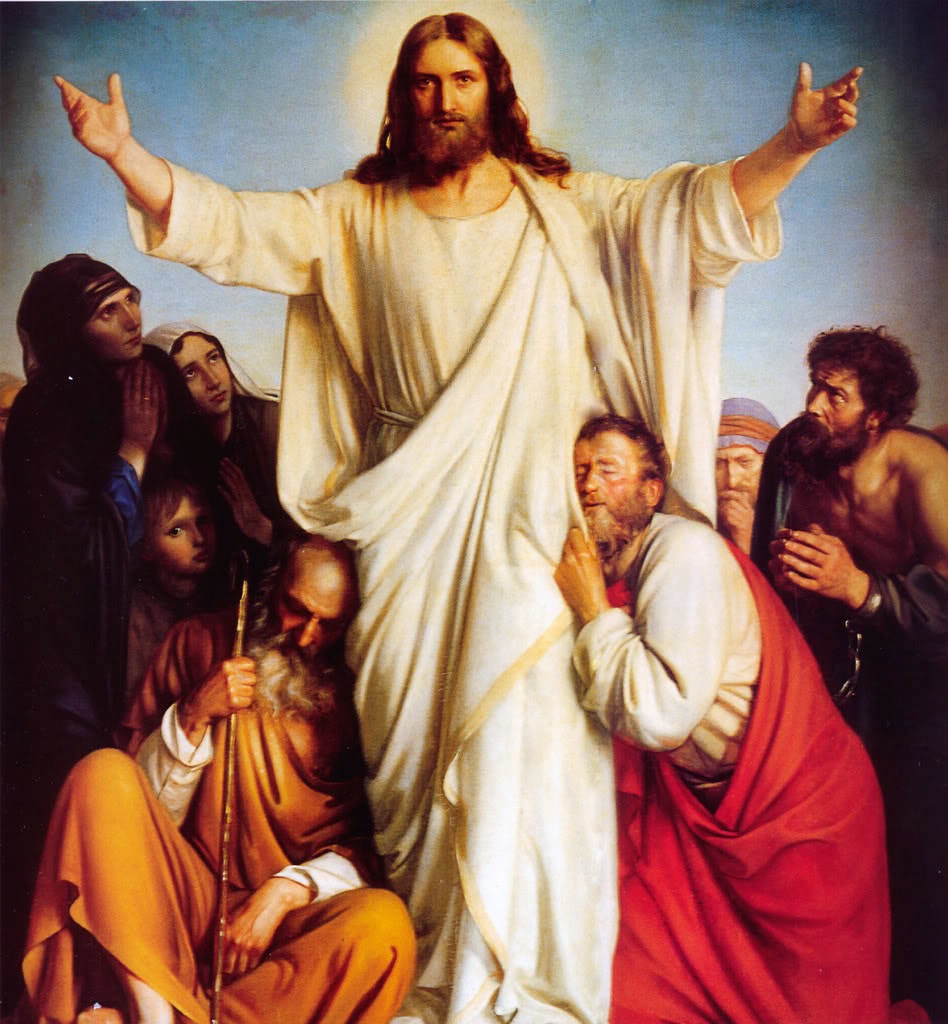