After looking at an excerpt from The Lion, the Witch, and the Wardrobe and a great painting of the Crucifixion for Good Friday (HERE), I thought we'd celebrate Easter Monday in a similar, albeit less sorrowful, way.

Aslan, the Christ figure in Lewis' children's story, did not only offer himself up for sacrifice, but also, like Christ, rose again. You'll remember how Aslan was mocked, shaved, and tied up prior to being slaughtered. In the aftermath of his death, our two heroines (Lucy and Susan) wait for the Witch and her cohorts to depart and begin to untie the mighty lion...


The girls cleared away the remains of the gnawed ropes. Aslan looked more like himself without them. Every moment his dead face looked nobler, as the light grew and they could see it better....
They walked to the Eastern edge of the hill and looked down. They one big star had almost disappeared.... The sky began to turn red.... they stood for a moment looking out towards Cair Paravel... the red turned to gold along the line where the sea and the sky met and very slowly up came the edge of the sun. At that moment they heard from behind them a loud noise - a great cracking, deafening noise as if a giant had broken a giant's plate.
"What's that?" said Lucy, clutching Susan's arm.
"I - I feel afraid to turn round," said Susan; "something awful is happening."
"They're doing something worse to him," said Lucy. "Come on!" And she turned, pulling Susan round with her.
The rising of the sun had made everything look so different - all the colors and shadows were changed - that for a moment they didn't see the important thing. Then they did. The Stone Table was broken into two pieces by a great crack that ran down it from end to end; and there was no Aslan.
"oh, oh, oh!" cried the two girls rushing back to the Table.
"Oh, it's too bad," sobbed Lucy; "they might have left the body alone."
"Who's done it?" cried Susan. "What does it mean? Is it more magic?"
"Yes!" said a great voice from behind their backs. "It is more magic." They looked around. There, shining in the sunrise, larger than they had seen him before, shaking his mane (for it had apparently grown again) stood Aslan himself.

And, as a counterpoint to the scene of the Crucifixion we saw last week (HERE), let's look at what has been called, "the greatest painting in the world." 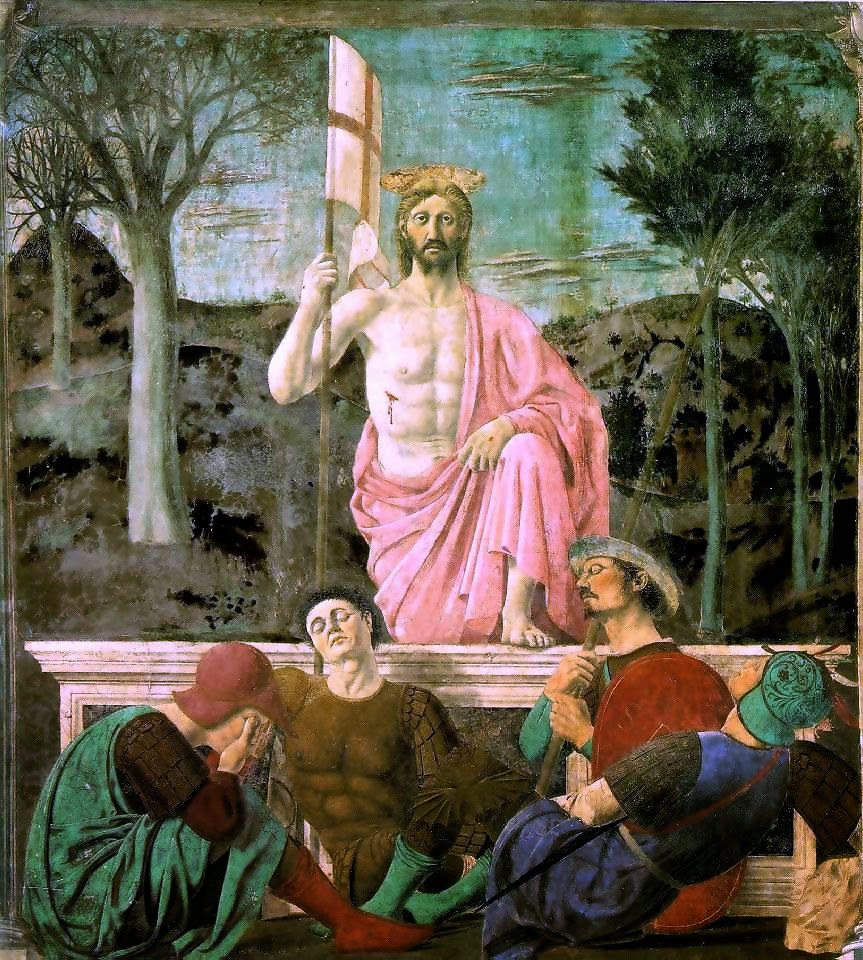 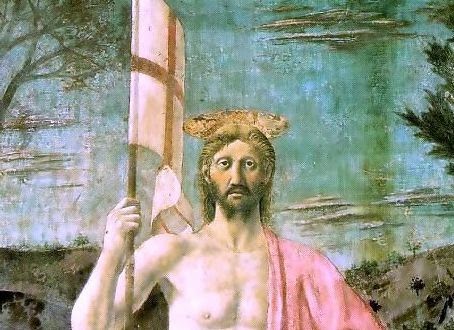