Today is Good Friday, the day God died. In honor of this great mystery, here are couple things to meditate on this morning to allow you to enter more fully into the spirit of the day.

First, C.S. Lewis' imaginative retelling of the Passion from The Lion, the Witch, and the Wardrobe. For those not familiar with Lewis' children book series, The Chronicles of Narnia, the great Lion, Aslan, is Christ. In the course of the story one of the four siblings who traveled to Narnia through the Wardrobe comes to betray his brother and sisters. The Emperor (God the Father), from the dawn of Narnia, decreed that all traitors would be given over to the White Witch for execution. Aslan can only save the poor child by offering his own life in his place. Here is how the Lion saves Narnia from the evil rule of the White Witch


"The fool!" she cried. "The fool has come. Bind him fast." Susan and Lucy
Susan and Lucy held their breaths waiting for Aslan's roar and his spring upon his enemies. But it never came. Four hags, grinning and leering, yet also (at first) hanging back and half afraid of what they had to do, had approached him. "Bind him, I say!" repeated the White Witch. The hags made a dart at him and shrieked with triumph when they found that he made no resistance at all.... Then they began to drag him towards the Stone Table.
"Stop!" said the Witch. "Let him first be shaved."
Another roar of mean laughter went up from her followers as an ogre with a pair of shears came forward and squatted down by Aslan's head. Snip-snip-snip went the shears and masses of curling gold began to fall to the ground. Then the ogre stood back and the children, watching from their hiding place, could see the face of Aslan looking all small and different without its mane....
"Muzzle him!" said the Witch. And even now, as they worked about his face putting on the muzzle, one bite from his jaws would have cost two or three of them their hands. But he never moved. And this seemed to enrage all that rabble. Everyone was at him now.... the two girls could not even see him - so thickly was he surrounded by the whole crowd of creatures kicking him, hitting him, spitting on him, jeering at him.
At last the rabble had had enough of this. They began to drag the bound and muzzled Lion to the Stone Table...
When once Aslan had been tied (and tied so that he was really a mass of cords) on the flat stone, a hush fell on the crowd. Four Hags, holding four torches, stood at the corners of the Table. The Witch... began to whet her knife....
At last she drew near. She stood by Aslan's head. Her face was working and twitching with passion, but his looked up to the sky, neither angry nor afraid, but a little sad. Then, just before she gave the blow, she stooped down and said in a quivering voice,
"And now, who has won? Fool, did you think that by all this you would save the human traitor?... when you are dead what will prevent me from killing him as well?... Understand that you have given me Narnia forever... In that knowledge, despair and die."

Lewis' great feat, by transporting us into a fantasy land and by transforming Christ into a Lion, is to allow us to look on the Passion with new eyes. To see the horror of God dying for us anew. The passage above is powerful, but the whole story sets it up in such a way to magnify its impact all the more. It's a short book, one worth reading.

Of course, as great as Lewis was as a writer, the maxim holds yet true, a picture is worth a thousands words. Thus, we turn to what Father Barron has singled out as the greatest depiction of Christ Crucified. 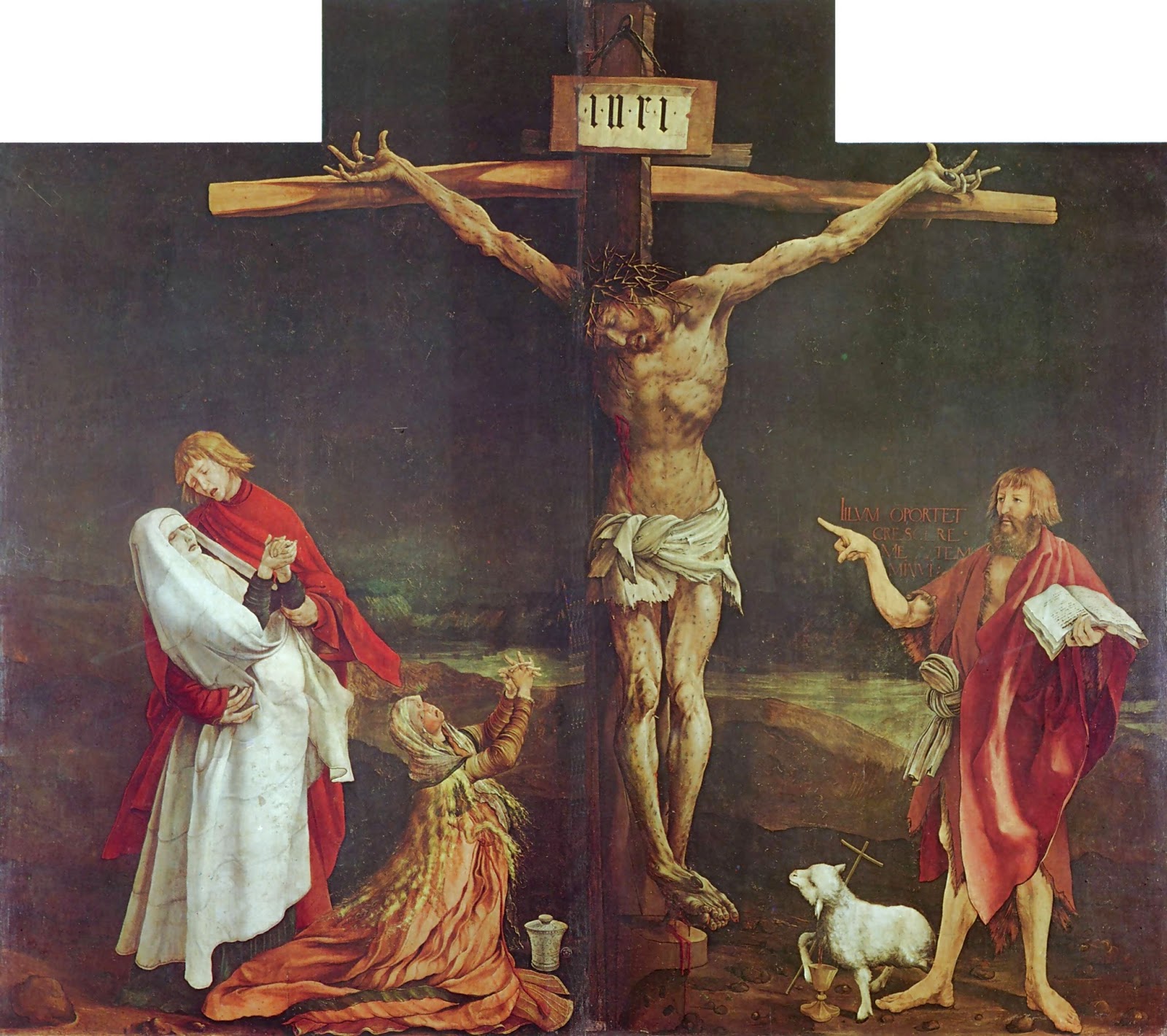 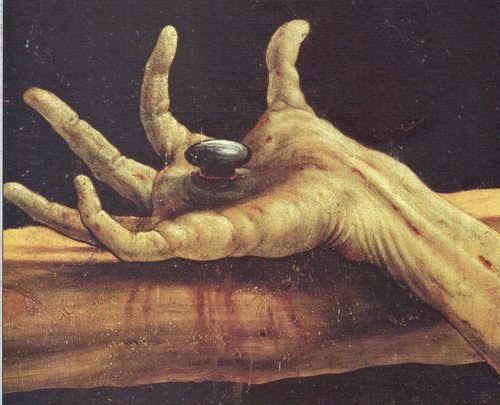 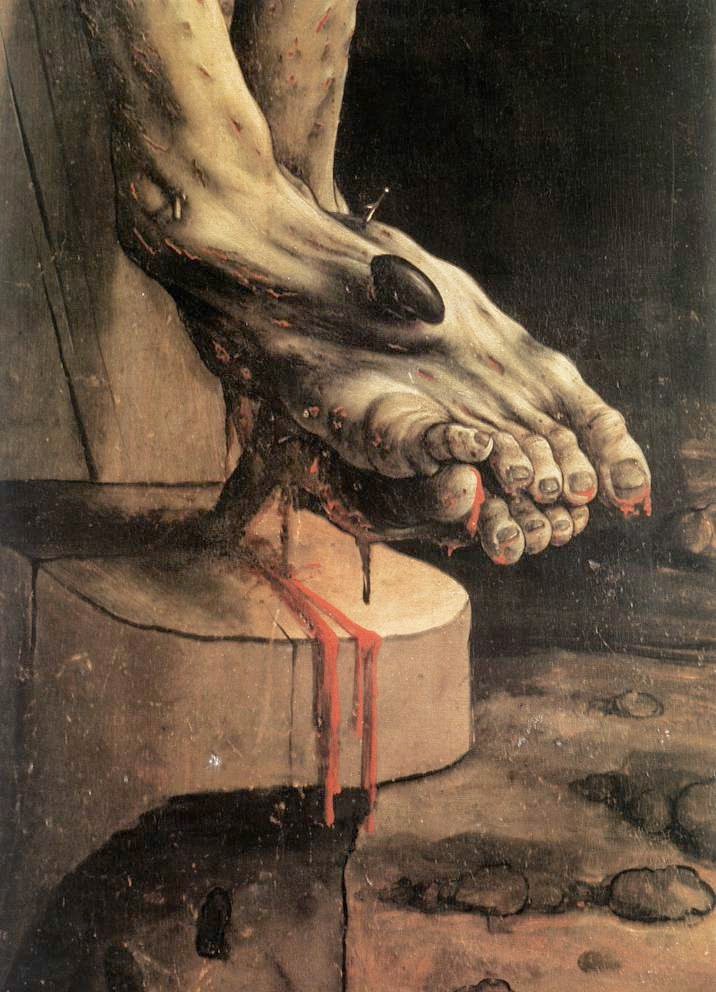 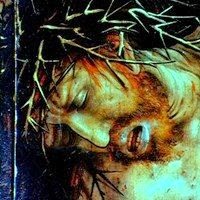 May beholding the price of our redemption preserve us from sin. Kyrie elesion.

Note: this post originally appeared on AdoroErgoSum on Good Friday 2014.