Was Mary Born without Sin?

QUERY: Saint Paul clearly says that all have sinned (cf. Romans 3:23), in light of this how can Catholics believe that Mary is sinless, indeed without sin from her very conception (the dogma of the immaculate conception)?


St. Paul, of course, is right, but he isn’t speaking literally when he says ALL have sinned. How do we know this? Because Christ is like us in all things except sin (cf. Hebrews 4:15). If all men have sinned and Christ was a man then obviously there is at least one exception to what Paul is telling us in Romans. Is Christ the only one to have not sinned? No, we can think of a few others. Babies that die in the womb never commit actual sin, neither do the severely mentally handicapped. So Christ isn’t alone in having never sinned. Could Mary also be in this group? 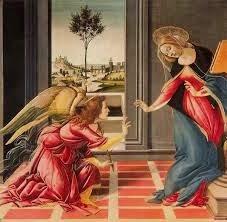 "Full of Grace"
We see in scripture that Mary is hailed by the angel Gabriel as being “full of grace" (cf. Luke 1:28). Further, scripture tells us that we are saved by being in a state of grace (cf. Eph 2:8-9) and that the wages of sin is death (Rom 6:23). Being in sin is the opposite of being in grace. Therefore, we (Mary included) are not "full of grace" when we are in a state of sin. The angel was, therefore, either lying in Luke 1:28 or Mary was without sin when he hailed her. But to be "full of grace" Mary would have had to be without all sin, including original sin.

We are freed from the state of original sin and put into a state of grace by being baptized. Mary, however, wasn’t baptized when she was greeted by Gabriel because baptism wasn’t available yet, therefore she must have been freed from sin without baptism, she must have been preserved from even original sin, which is removed by baptism ordinarily, without baptism to be rightly called “full of grace.” If Mary was conceived without sin, without even original sin, she was immaculately conceived.
Typology
The Old Testament prefigures the New Testament or as the Church Fathers said, “the old is fulfilled in the new and the new is hidden in the old.” If this basic principal is true, then we must look into the Old Testament to see if we can learn anything more about Mary being conceived without sin.

1. Who is Mary? She is the theotokos, the carrier of the Word of God. Why? Mary holds Jesus in her womb and Jesus is the Word of God (cf. John 1:1), therefore Mary carries the Word of God in her womb. Where was the Word of God carried in the Old Testament? Inside the Ark of the Covenant, which was both God’s presence among His people (as is Jesus, Emmanuel) and which held the Ten Commandments, God’s word in stone (as Jesus is God’s word in flesh). Was the Ark anything special? Was it required to be pure? Indeed it was. In fact, Uzzah is killed for even touching the Ark (cf. 1 Chron 13:10)! How much purer must Mary have been to contain Christ than the Ark was to hold the 10 commandments!
2. We also know that Mary is the new Eve, as Christ is the new Adam. Just as Eve is called "Woman" in Genesis 3, so too is Mary called "Woman" by Christ in John 19. Just as death entered the world through the fruit Tree of Knowledge, so too does life enter he world through the fruit of the Tree of Life (as the fathers called the Cross). Who was at the Tree of Knowledge? Adam and Eve. Who was at the Tree of Life? The new Adam and Eve. Christ does what Adam couldn’t (offer perfect obedience unto death) and He is joined by the Woman, Mary, who (being greater than Eve) was (like Eve) created from the first instant of her life without sin.

Duns Scotus
Perhaps the best argument for the Immaculate Conception is that of Blessed Duns Scotus. He argued that God had the power to preserve Mary from Original Sin, that it was fitting for Him to do so (to provide a worthy receptacle for the Word made Flesh), so God did so.

Lourdes
A poor, uneducated girl by the name of Bernadette began seeing an apparition of a beautiful woman in 1858. After several meetings with this woman, including the discovery of miraculous waters with the power to heal the sick, Bernadette worked up the nerve to ask the woman her name. The woman, with a trembling voice, responded, "I am the Immaculate Conception." Bernadette, who had never heard the unfamiliar and technical term before, ran to her parish priest repeating the words over and over again to herself. When she reported how the woman had identified herself, the priest was shocked that Bernadette would even know the term (this was only four years after the declaration of the Dogma of Mary Immaculate by Pius IX). Miracles continue to this day at Lourdes in honor of the Immaculate Conception. 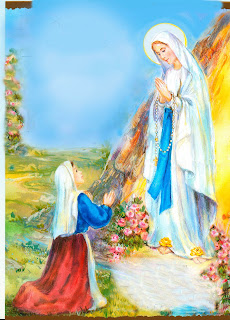 Why Not?
Honestly, why wouldn’t God have preserved Mary from sin? If you had the chance of creating your mother wouldn’t you honor her so? Would we expect less from God? Remember, Jesus is the only man to ever perfectly live the Ten Commandments, including the fourth commandment (fifth if you're Protestant) "Thou shalt honor thy father and mother." What greater honor could Christ have paid Mary than to save her from sin from the first moments of her life?
Posted by Nathan Barontini at 1/10/2014 08:04:00 AM