This week we've already looked at the first two "acts of the mind" identified by philosophers, understanding and judging, today we look at the final "act" - reasoning. The previous two "acts of the mind" lay the foundation for us to come to arguing, so that we may better understand things like the arguments for the existence of God (or arguments for or against anything else for that matter). 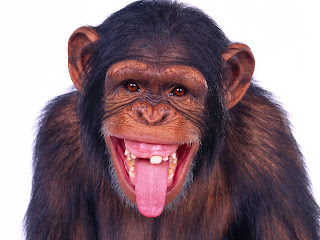 Human Reason versus Animal Thought
Man has traditionally been defined as "a rational animal," meaning both that we are an animal (no, modern science didn't come up with that idea) and that we differ from other animals precisely through being "rational," through our ability to reason. This "power" means our thought surpasses that of all other animals in three basic ways:


1) Like other animals our knowledge begins in sense experience. Unlike other animals our knowledge doesn't end with sense experience. We can "go beyond" what we can immediately sense through abstracting concepts from concrete objects, relating these concepts in propositions, and by relating these propositions in arguments. In other words, we can use the "three acts of the mind," they can't.

2) Like other animals we can know particular truths, e.g. "this grass is wet." Unlike other animals our knowledge doesn't end with particular truths, but can understand universal truths, e.g. "2+2=4" or "if it rains on grass, the grass will always be wet." These truths aren't just psychological habits we've formed from seeing wet grass after rain, but attain real knowledge about universal truths.

3) Like other animals we can know truths immediately and contingently. Unlike other animals we can also know truths that are necessary and therefore unchangeable. We can, for example, that a square will always have four sides, necessarily (remember we are talking about the concept "square" not just the sounds that make up the word "square" which is a matter of convention and can be changed). That means we can know that if there is a square ten billion light years away on some distant planet, it too will have four sides.

Our concepts are: men, mortal and Socrates (we always have three concepts in a syllogism). These each need to be unambiguous for the argument to succeed. Our propositions are the two premises and the conclusion (these each need to be true). And our argument is the entire three sentence syllogism. Pretty easy, right? 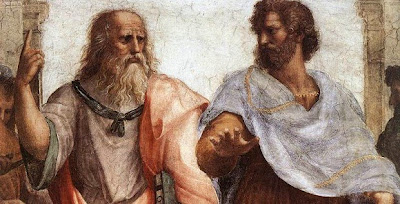 Syllogisms and Infinite Regress
The syllogism is at times attacked by some misguided philosophers, usually nominalists, (who usually resort to "hidden" syllogisms to attack syllogisms). One frequent, and very ancient, objection is that any particular syllogism must rest its premises on other syllogism in an infinite regression (which is impossible, as we saw some time ago: Why an Infinite Regress Into the Past Isn't Possible). However, syllogisms ultimately rest, not on an endless amount of other syllogisms, but on a handful of "self-evidently true" logical laws. These laws are tautologies, i.e. the predicate restates something already in the subject. "All big dogs are dogs" is an example of a tautology. It can't be denied without an immediate self-contraciditon (i.e. it can't be denied without also being affirmed). These laws are:


1) Dictum de omni ("the law about all") - this simply says if something is true about all Xs then it is true about each individual X. If all physical objects cast a shadow when a light is shined on it from one direction, then it must be true that any individual object.

2) Dictum de nullo ("the law about none") - this is the flip-side of the above. If something is false about everything in a certain group, then it is false about each member of that group. "No dogs are cats and this is a dog, therefore this isn't a cat," is an example.

As all these laws are undeniably true (on pain of immediate contradiction) they need not be proved by an appeal to anything further, thus halting the regress.