"Don't judge!" If there is one imperative that most Americans, most modern Christians, most Westerners would all agree upon it is, "don't judge!" As support they cite Jesus' own words in Matthew 7:1, "do not judge or you too will be judged." I'm not one to disagree with the Word of God enfleshed, as reported by the Word of God inspired, but modern interpretations of this command might be something very much to be disagreed with, especially if they condemn all judging, for judging is the second act of the mind and eliminating it is akin to giving oneself a partial lobotomy, something which I'm sure Christ wouldn't counsel. Let's take a closer look at what logicians and philosophers mean by "judging" then return to Christ's command, and modern interpretations of said command, to see what Christ is forbidding and what He isn't. 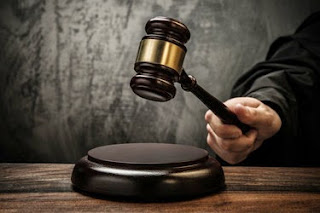 This is, obviously, a very important power of the human intellect and one which no one can deny without falling into immediate self-contradiction. If a skeptic were to claim that the "second act of the mind," were to claim that judgments were not able to tell us whether things were true or false, this itself would be a judgement, one which the skeptic would be claiming is true. This also makes the first act and the third act of the mind means to the end contained by the second act of the mind - truth. Whenever we read what someone else writes, or listen to what he says, we should always be asking, "is this true," i.e. we should always be judging.

How the First Act of the Mind and the Second Act of the Mind are Related
Once the mind has understood something, i.e. once it has answered the question, "what is this," by abstracting the form from the material object through forming a concept, we naturally seek to relate this concept to other concepts. Seeing a ball might register the concept "round" and the concept "ball," which we relate in the judgement, "the ball is round." For you who did well in grammar school, you'll immediately recognized "ball" as the subject of this judgment (judgements are always expressed as declarative sentences) and "round" as the predicate. Thus, in logic, we say "round is predicated of ball." This judgment, "the ball is round," is called a proposition. All proportions are either true or false (true in this case). The first act of the mind, then, gives us both the topic, the subject, of our proposition and what we will claim about the subject, in the predicate. 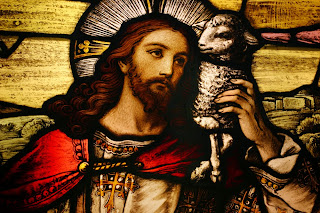 Back to Jesus
Did Jesus mean to command us to not use the "second act of the mind," the only act that allows us to judge the truth or falsity of anything? Was Jesus commanding us to be little Pontius Pilate's forever wondering, "what is truth" (cf. Jn 13:38)? Was Jesus a relativist? The answer can be found by simply reading what else Jesus has to say about truth - namely that He is truth itself, Truth (with a capital "T") in-the-flesh (cf. Jn 14:6). Clearly, then, Jesus wasn't demanding that His followers cease thinking, cease judging in the philosophical and logical sense of the word, but was calling on mere men to stop short of judging the eternal fate of other men's souls. And for good cause. I might well judge theft as wrong and your stealing my car as an evil act, even a sin, but I can't then conclude that you will be damned to Hell for it as I can never know whether or not you repented before you died. In fact, no one can know whether or not you died repentant or unrepentant and thus no one can judge the eternal state of anyone else's soul. The sole exception to this is the infallible declaration by the Church of someone's sanctity, i.e. that this man definitely went to Heaven. We, on the other hand, should never presume to declare someone saved (yes that includes deceased relatives and friends) or damned, for we simply don't know. We can hope for the salvation of those we've lost, we can pray for them, but we can't judge whether or not they might be saved or damned (and indeed, if we believe St. Paul, we shouldn't even presume to judge ourselves - cf. 1 Cor 4:3). But, while we can't judge souls, we can (and must) judge many other things, including whether certain acts are evil. It isn't violating Christ's command to say something like "rape is evil" (i.e. to predicate "evil" of "rape") or to say, politically incorrect as it may be, "homosexual sex is immoral" (or contraception, or divorce and remarriage, or whatever traditional piece of sexual morality you want). It is violating Christ's command, however, to say "that rapist is damned" or "that homosexual couple is" (I'm looking at you Westboro Baptist "Church"). We must love sinners even while hating sin and must judge acts while never judging souls.