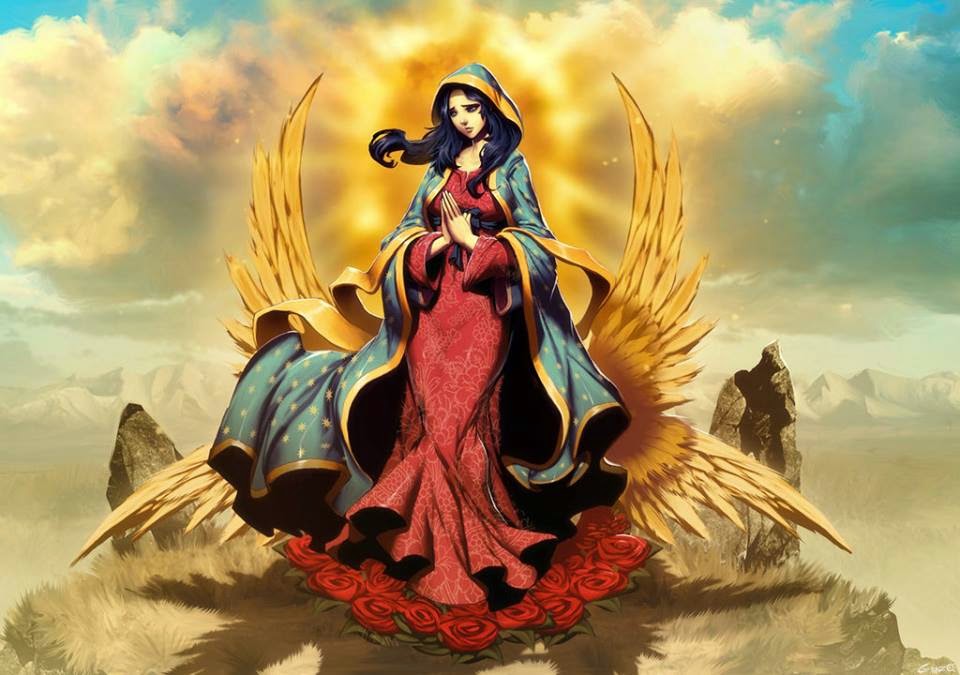 
Listers, what do you think? Given the fact the Faithful have spent the last fifty years fighting off hideous works of "modern" art in our sacred spaces, it sometimes appears difficult to know how to even approach modern depictions of holiness that are of quality. What do you think of this modern depiction of Our Lady of Guadalupe? Does it inspire in you the same reaction a traditional painting of Our Lady would? What purpose could it serve? - New evangelization on social media or more than that?

To which I offered an important distinction (one which is also important in music and architecture), the distinction between truly sacred art and merely religious art. We've recently called for a restoration of sacred music at Mass (here: Why Do We Catholics Settle for Subpar Music at Mass), the same important, albeit often overlooked distinction needs applied here. Sacred art, music, and architecture is set off from the world by being different, by being holy. A church should look like a church, it should be immediately recognizable as a Catholic church even without a sign announcing it as such. A church that looks like this,


Musically the same distinction is helpful. Matt Maher makes great religious music, i.e. secular sounding music that has religious lyrics and meaning. I enjoy listening to his songs, but they aren't sacred, they don't belong at Mass. The difference between religious music,


is apparent not from the words, but from the very sound of the music. The music isn't something borrowed from the secular word with religious lyrics added, it is something that is separate, that itself speaks of God and Catholic worship, even if you have no idea what the words mean.

With this basic distinction in mind, we can immediately eliminate the anime Blessed Mother as sacred art. It clearly doesn't belong in a church as an object of public devotion, but that doesn't mean there isn't a role for such images at all. Matt Maher's music has a role in the life of Catholics who enjoy it (myself included). Buildings like L'Église Sainte-Bernadette can make nice parish halls (maybe), but they are not useful in the public sacred life of the Church (i.e. they aren't sutiable for use in the celebration of the Holy Mass.

The question, then, is whether Our Lady of Anime can be the All the People Say Amen of Marian art. I tend to come down on the positive side here. I can imagine an entire anime cartoon (or comic book or whatever forum anime is usually presented in) detailing the life of St. Juan Diego Cuauhtlatoatzin and the conversion of the Aztec Empire from demon-worship to the Holy Faith. I can also imagine such images piquing the curiosity of teens (or other lovers of anime) in the Catholic Faith and the Blessed Mother. In this way, such art could play an evangelical and catechetical role, even if it is entirely unsuitable for a sacred role in the life of the Church.

For the image to play such a role, I might suggest that dress being loosened up a bit and, of course, it doesn't compare to the miraculous original image, 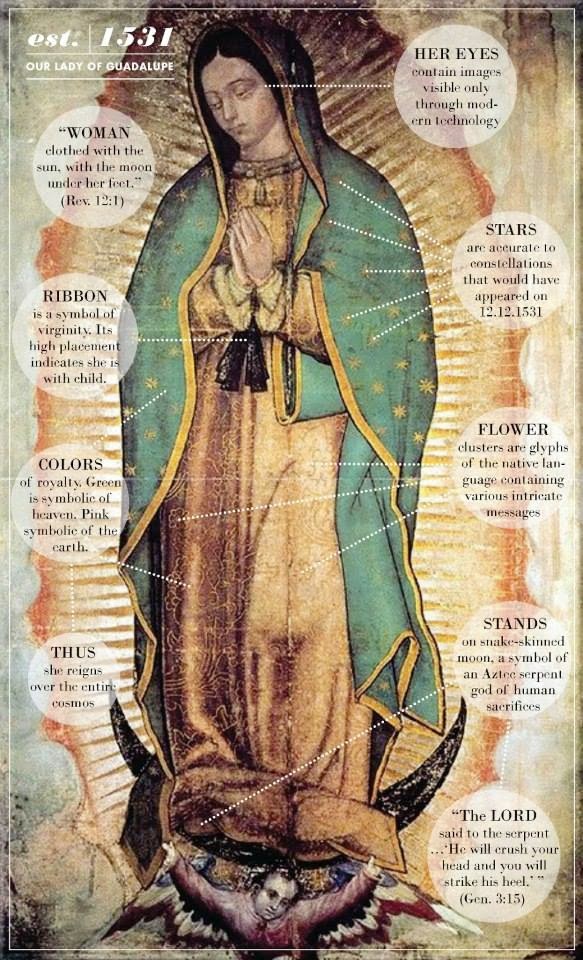 but it might just have a role to play somewhere in the life of some Catholics.

What do you think? Is there any role for anime or other modern-style depictions of Jesus, Mary, and the Saints in the Church? Could they be an aide to the New Evangelization? Or are they an unfortunate attempt to be "hip," an attempt that ought to be abandoned as too worldly?
Posted by Nathan Barontini at 12/22/2014 08:08:00 AM