Interview with Dr. Taylor Marshall on His Novel "Sword and Serpent"

I'm excited to announce the great honor I have here at AdoroErgoSum to be the first person to interview Dr. Taylor Marshall about his fine new page-turner Sword and Serpent. I recently reviewed this great novel (you really ought to do yourself a favor and get a copy Sword and Serpent on Amazon

. I'm sure you'll find it next to impossible to put down. If you haven't had a chance to read my review, please do so here: Sword and Serpent: Book Review and please enjoy the following interview!

1. The main character of your book, Sword and Serpent, is Saint George. You also have dedicated your Catholic father/son outdoors apostolate, the Troops of Saint George, under the patronage of Saint George. Do you have a particular devotion to St. George and if so what is its genesis?

I wrote this novel during my first year as a Catholic, which was a very depressing year for me. I had been an Episcopalian clergyman and then I was a Catholic layman who felt lost in a giant church. I imposed much of my own personal battle into the story of Saint George. Those were dark days for me. Like George in the novel, I was wandering around wondering what to do with my life.

I had to fight my own dragon. The legend of Saint George reminds me that total self-sacrifice (in the face of self-insecurity) is the path to Christian joy.

Years later, when forming the Troops of Saint George, I remained convinced that men and young men must discover this same "Saint George pattern" of virtue, fortitude, and facing unknown evils. Who better than Saint George?

2. Your novel, Sword and Serpent, shows us a sacramental world. One not quite magical, but one where physical objects are very powerful transmitters of God’s grace. As a convert to Catholicism, was the Church’s sacramental theology a stumbling block or a draw into communion?

The sacramental worldview is the romance of creation and I think everyone is attracted to it whether they know it or not. Even as a Protestant I was drawn to the "magical" world of Catholicism. Later, I learned that what I perceived as "magical" is the "sacramental" genius of incarnational theology.

In Sword and the Serpent I wanted to show that this sacramental worldview is much more powerful than any practitioner of Wicca or magic might imagine. Relics, miracles, and bilocation are more real...and more fun.

3. The character arc Sabra goes through in the novel is quite powerful. Did you fear she might “steal the show” from Jurian? If so, were you tempted to scale her role in the book back?

When I originally pitched the novel to agents and publishers, Sabra was a minor character who only showed up at the end of the story. In the original, you hear about her, but you don't see here till George gets to North Africa. Agents loved the book, but said that it needed a stronger female character toward the beginning, especially if I wanted the book to capture a young adult audience. One agent in particular recommended having George and Sabra's story go back and forth. That's what you see in this final published version.

Honestly, I felt very uncomfortable trying to realistically depict the inner world of a young woman like Sabra since I've never been a young woman! Even more, I did not want female readers to feel in any way that Sabra was just a "token female character." So I teamed up with Dr. Shannon Valenzuela and Jennifer Leigh Bralick - both female authors with a strong Catholic sense - to extend Sabra's plot into the opening chapters. We brainstromed on the details and the final story is even more powerful with Sabra's journey. Sabra is already getting lots of fans. Does she outshine George/Jurian? I don't think so. I like to think of the literary triangle of George/Sabra/Dragon as parallel to the theological triangle of Adam/Eve/Serpent. Each has a pivotal place in the narrative.

4. I think one of the things readers will most enjoy about the novel are the “guest appearances” of several major Catholic saints. What process did you go through in selecting the other saints that appear in the story?

This novel began as bed time stories. They were knight stories for my son Gabriel that incorporated Saint George. The first stories began around Christmas time. So Saint Nicholas was an obvious choice. He lived at the same time as George. Then George needed a companion. Saint Christopher or Menas, who also lived at this time, then joined the story. As the stories became a book, I began to insert more saints into the plot. I tried to make them not so obvious. There are still some in there that readers have not yet discovered!

5. I’m sure anyone reading the book will anxiously await the next chapter in the saga you’ve begun with Sword and Serpent. When can we expect the sequel?

Book 2 is already in the works. I won't say too much about it, except that it will probably be even more amazing than the first book. You can expect to see more of the young Constantinius (the historical Constantine the Great) who already has a couple cameo appearances in Sword and Serpent. 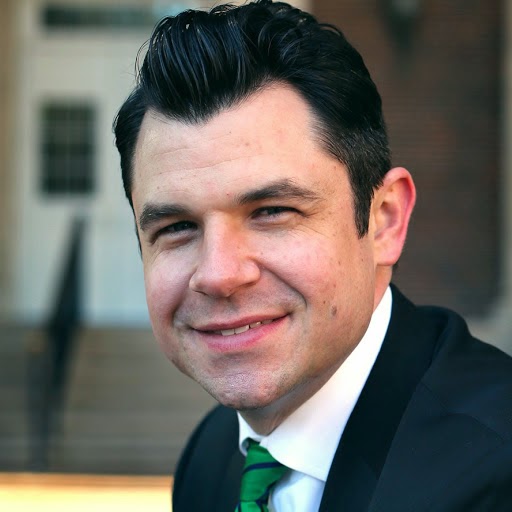 I'd like to heartily thank Dr. Taylor Marshall for taking the time to speak with us here today. It is truly an honor to have a chance to interview him. Readers of the blog know my passion for the forma extraordinaria (the Traditional Latin Mass) began after Dr. Marshall issued a four week Latin Mass challenge on his blog. If you haven't been to a Latin Mass, check out his post here - My Initial Doubts about the Latin Mass. His New Saint Thomas Institute is also worth a look (I was a member for awhile myself, you'll learn a lot) and you can always follow his blog and podcast both of which are worth checking out.  And get yourself a copy of Sword and Serpent (and another for a young Catholic adult in your life for Christmas!) You won't regret it!