Is Being Habitually Late Sinful?

Is Tardiness a Sin (and a Mortal Sin at That)?

For any act to rise to the level of a mortal sin (the only kind of sin that has to be confessed) it has to involve grave matter (i.e. the act must violates one of the ten commandments). Which commandment would being habitually late violate? None that I can think of. Someone might object that lateness can be a symptom of selfishness, which is sinful, but it also might not be a symptom of selfishness. Our recently canonized pope, John Paul II, was known for being habitually late and was known for being incredibly selfless. Jason Everett, in his book Saint John Paul the Great: His Five Loves

writes of the Pontiff that,

his patience often tried the patience of others. He was chronically late because he'd often spend more time with individuals than anyone had anticipated. One priest who assisted him said, "To him the value of the present person always outweighed the value of where we were going, because we'd get there eventually." As a result, appointments would not infrequently being two hours later than expected. 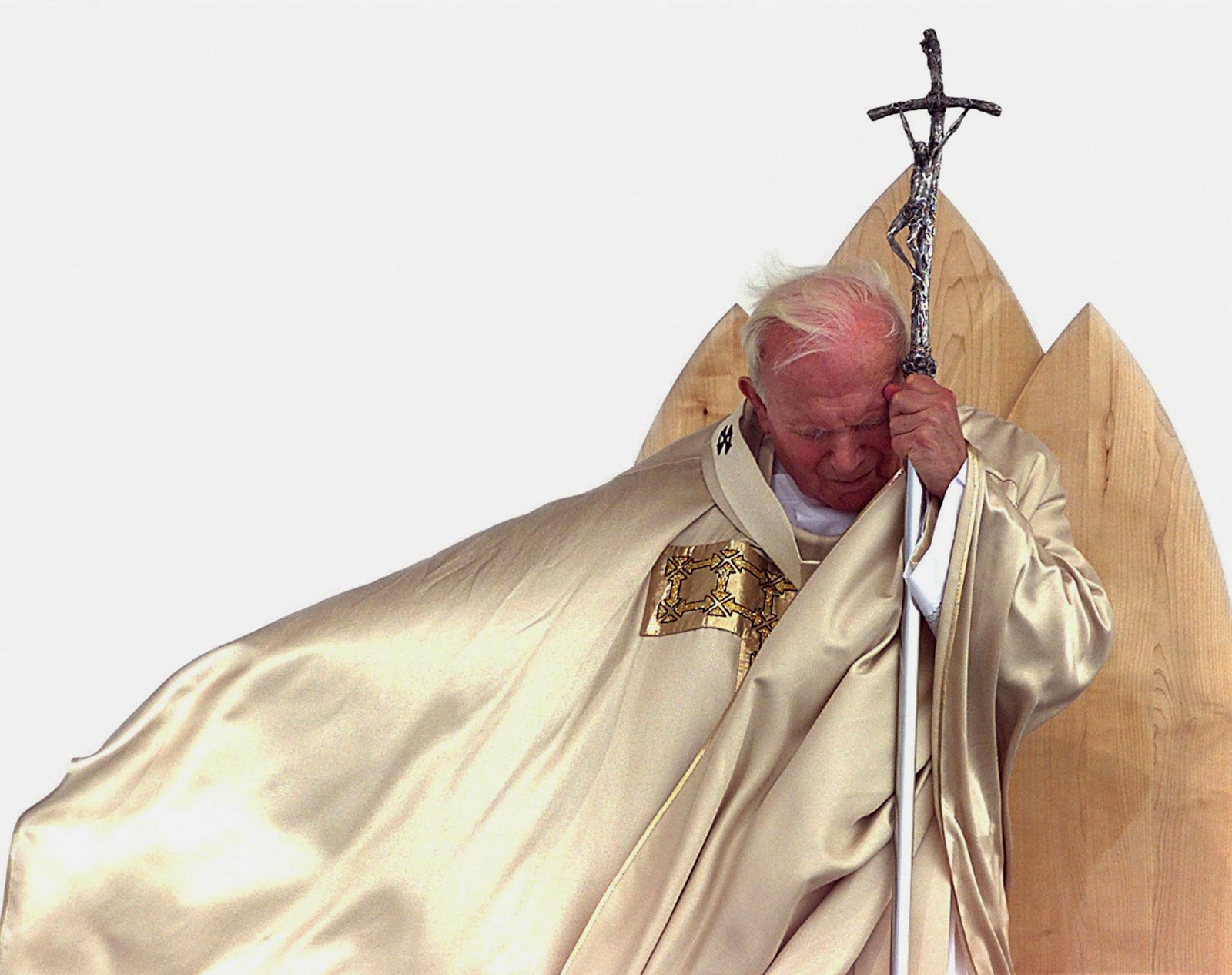 Thus St. John Paul's chronic lateness was actually caused by his lack of selfishness. Truth to be told, I'm trying to work on being less concerned with all the things I have to do or times I have to be doing things and more focused on the person or task at hand. In other words, I'm seeking to be much less worried about timeliness, a worry that was widely unknown to pre-modern man, but that permeates life in the modern world, thanks to the invention of (and our enslavement to) the clock. Our medieval forbearers, some of whom are the greatest of saints, managed to live without constantly checking the time. A vague idea of time, based on the hours of the Church (i.e. her prayer life), sufficed. The idea of being 15 minutes late was unknown and such fussy exactitude would have been incomprehensible.

That isn't to say lateness is a virtue (although it can be if motivated by the right reasons as was the case for St. John Paul), but it is to say it isn't necessarily a sin. Of course, lateness could be sinful, depending on why we are late and what we are late to. Missing the beginning of a movie because we stopped to help a homeless man find shelter is virtuous, even if our lateness inconveniences other people we were planning on seeing the movie with. Showing up twenty minutes into Mass because our favorite movie was playing on TV, on the other hand, is sinful (and perhaps even mortally so).

Of course, most of the times we are late will fall outside of such clear cases, but each case has to be weighed on its own merits, which is enough to prove that tardiness itself isn't sinful - we don't have to inquire further into a case of adultery to see if it is sinful, it always is as adultery itself is a mortal sin.

That isn't to say there might not be social or economic repercussions to being habitually tardy. Showing up for work each morning twenty minutes late might not be sinful, but it might cost you your job.

That being said, if being late is the worst sin someone is worried about, he is living a much holier life than most of us.