What Was God Doing Before the Big Bang?

I've been going back and forth with several atheists this week and one quote had been continually popping into my mind, 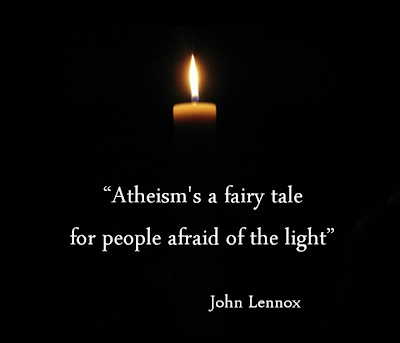 Which of course is a play on (and a refutation of) some of the weak arguments atheists make against theists. Overall, it seems, many "new" atheists don't really seem to have any idea what theists actually believe. They spend their time endlessly deriving weak, straw man arguments that really do nothing to promote atheism and less to attack theism. I suppose there might be a few theists out there who, undereducated in their faith and desperate to be "current," might fall for one or two of these weak arguments, but I can't imagine there are many.

The latest one to cross my inbox was the following meme: 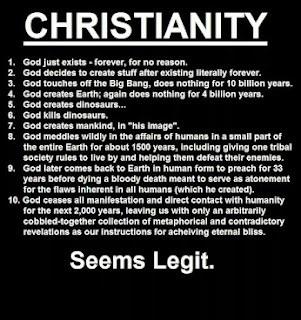 Which is nothing more than the good old, "what was God doing before the Big Bang" nonsense we all are too familiar with. Of course, God, having created time, cannot possibly be within time (any more than He can be contained within space) and thus doesn't spend any time waiting around or "doing nothing." All of time is one eternally present moment to God. We find this hard to imagine, but it is rather easy to comprehend.

Our relationship to time is like a fish floating down a stream. Some of the stream is behind it, more is in front. Some of the stream is so far behind our fish he isn't even really sure if it exists and the end seems unimaginably far away on either side. The fish simply glides with the current. He can't experience more than the one section of the stream he currently is in. God is like a man hovering above the stream in a hot air balloon. He isn't within the stream at all and the whole stream, beginning, middle, and end, is present to Him.

The same is true of God. He doesn't "do nothing" for 10 billion years after the Big Bang, as if He is trapped in time like temporal creatures are, waiting for something to finally happen. All of time is current to Him, right now. What is the future to us, is the present to God. What is past to us, is present to God. What is present to us, also is present to God. In other words, we could no more escape God's presence by traveling in time than we can be traveling through space. It isn't as if I can board a plane to Rome and God wouldn't be there because He happens to be in Prague at the moment. Similarly, if time travel as well as space travel was possible, I could no more escape His presence by journeying to the court of Kublai Khan than I can be traveling cross country.

Perhaps no one sums all this up better than Frank Sheed in his classic work Theology and Sanity,


What then is time?... Time... is the duration of that which changes; time... is the measurement of the changes of the universe.... Where nothing changes, there is nothing for time to measure. Where nothing changes, time has no possible meaning. Thus time and the universe started together. God is infinite and therefore changeless.... The universe He created is a changing universe. And because change belongs to it and not to God, time belongs to it and not to God.... time is the ticking of the universe.

Apply all this to the consideration of one further absurdity that tends to shadow the back of our minds, even when in the front of our minds we are by way of knowing better. It is the vague feeling we have that eternity had been going on for some time before God decided to create the universe. In light of what we have said, this is seen to be sheerly meaningless, for it brings time into eternity. We must not think of God creating the universe after a certain amount of eternity had rolled by, because there are no parts in eternity, and it does not roll by. This mental monstrosity is perhaps related to the picture of God as an old man. But God is not only not an old man, He is not even an old God. He is not old at all. For "old" simply means that one has lived through a long time; and there is no time to God. (pp. 66-68)

Which gets us to the taproot of much of the "new" atheism (and a good bit of the old too). Atheists, by and large, seem to reject what they think theists believe to be God, but we theists reject their false notion of God too. Atheists laugh at the prospect of an aged beard man sitting around waiting for 10 billion years to elapse before He can get to doing something interesting. Theists laugh at that image as well. What so often separates us then is merely the theist having taken the time to understand what all the symbolize actually symbolizes, while the atheist never gets past the pictures he saw of God in some child's Bible. The atheist, in rejecting a false notion of God, rejects the real God. The theist transcends the false notions and rises to see the beauty and majesty of the Creator standing behind the images. The atheist has thrown the baby out with the bath water. The theist holds the baby closer and loves him more once he's removed him from the bath water. The one has embraced unreason, choosing to believe everything came from nothing for no reason and continues to exist for reason. The other has embraced reason and found Reason Himself. Or as Frank Sheed has it,

"If we saw a coat hanging on a wall and did not realize it was held there by a hook, we should not be living in the real world at all, but in some fantastic world of our own in which coats defied the law of gravity and hung on walls by their own power. Similarly if we see things in existence and do not in the same act see that they are held in existence by God, then equally we are living in a fantastic world, not the real world. Seeing God everywhere and all things upheld by Him is not a matter of sanctity, but of plain sanity, because God is everywhere and all things are upheld by Him. What we do about it may be sanctity; but merely seeing it is sanity. To overlook God's presence is not simply to be irreligious; it is a kind of insanity, like overlooking anything else that is actually there.... God is not only a fact about religion: He is a fact. Not to see Him is to be wrong about everything." (pp. 24-25)


I wonder if that "seems legit."