Just last month, in a rare post retirement appearance, Pope Benedict XVI firmly declared "relativism is lethal to faith." This echoes his papal and pre-papal warnings about the deadly drift of our society into relativism, the idea that "what is true for me is not true for you", or that we are all right all the time. Such a philosophical stance, it might be noted, isn't just lethal to faith, it is also lethal to thinking, if no one can be right or wrong, then no judgement is possible. If judgement is impossible, so too is rational thought. Thus, relativism leads into emotivism - the reduction from thought to "feelings" (that such has already happened is evident enough in normal conversation. How often must we hear, "well, I feel that..." when "I think that..." seems to be intended.) His most ringing denouncement of relativism came in 2005 right before he was raised to the Chair of Peter, 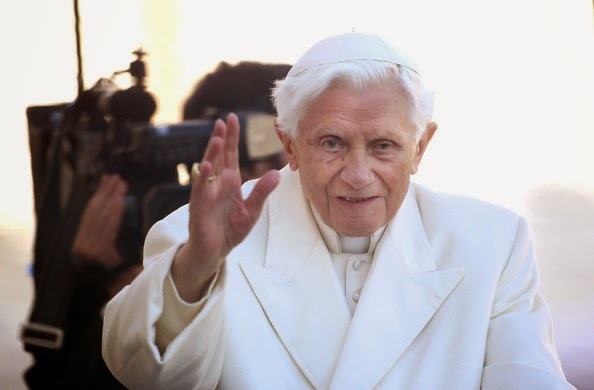 "Today, having a clear faith based on the Creed of the Church is often labeled as fundamentalism. Whereas relativism, that is, letting oneself be "tossed here and there, carried about by every wind of doctrine", seems the only attitude that can cope with modern times. We are building a dictatorship of relativism that does not recognize anything as definitive and whose ultimate goal consists solely of one's own ego and desires."


Homily, Mass for the Election of the Supreme Pontiff, 18 April 2005

All of this is displayed beautifully by CS Lewis in the last installment of his Chronicles of Narnia series. The Ape (representing modern relativistic man) has duped all of Narnia into an obedient slavery to himself through the promotion of his new creed, a relativism fierce enough to claim an identity between even Christ (Aslan) and Satan (Tash). 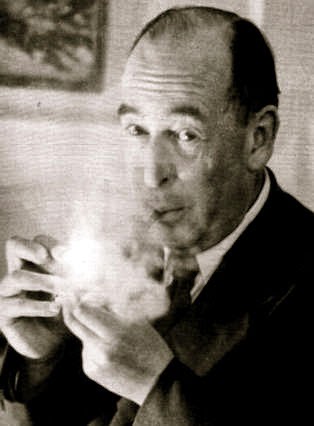 "Please," said the Lamb, "I can't understand. What have we to do with the Calormenes?  We belong to Aslan. They belong to Tash. They have a god called Tash. They say he has four arms and the head of a vulture. They kill Men on his altar.... How could Aslan be friends with him?

The Ape jumped up and spat at the Lamb.
"What do you understand of such things?... Tash is only another name for Aslan. All that old idea of us being right and the Calormenes being wrong is silly. We know better now. The Calormenes use different words but we all mean the same thing. Ash and Aslan are only two different names for you know Who.... Tash is Aslan and Aslan is Tash." (The Last Battle, Ch 3)


Armed with this new philosophy (and with a fake Aslan, an anti-Christ, to back him up), the Ape sets about enslaving all of Narnia, selling them to the hated (and evil) Calormenes.

How often do we find Apes in the modern west? How frequently have we heard such arguments from our own "Apes"? "Everyone is saying the same thing, only in different ways" they cry, of course nothing could be further from the truth as the great GK Chesterton clearly saw at the beginning of last century,


“There is a phrase of facile liberality uttered again and again at ethical societies and parliaments of religion: "the religions of the earth differ in rites and forms, but they are the same in what they teach." It is false; it is the opposite of the fact. The religions of the earth do not greatly differ in rites and forms; they do greatly differ in what they teach.

It is as if a man were to say, "Do not be misled by the fact that the Church Times and the Freethinker look utterly different, that one is painted on vellum and the other carved on marble, that one is triangular and the other hectagonal; read them and you will see that they say the same thing." The truth is, of course, that they are alike in everything except in the fact that they don't say the same thing….

So the truth is that the difficulty of all the creeds of the earth is not as alleged in this cheap maxim: that they agree in meaning, but differ in machinery. It is exactly the opposite. They agree in machinery; almost every great religion on earth works with the same external methods, with priests, scriptures, altars, sworn brotherhoods, special feasts. They agree in the mode of teaching; what they differ about is the thing to be taught. Pagan optimists and Eastern pessimists would both have temples, just as Liberals and Tories would both have newspapers. Creeds that exist to destroy each other both have scriptures, just as armies that exist to destroy each other both have guns.” (Orthodoxy, Chapter 8) 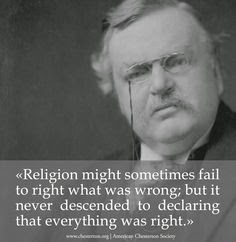 Which brings us back to the imagery of war, and finally (if the wrong side wins), of dictatorship and slavery. For the dictatorship of relativism, as Benedict himself pointed out, will finally brook no dissent (as we increasingly see)


To what extent is the people's will manipulated by publicity... by the agency of a few people who dominate public opinion? Is there not a new oligarchy of the people who decide what is modern and progressive, what somebody enlightened has to think? (Truth and Tolerance, pg. 242-243)

Indeed there is. And being labeled by this group as "behind the times" or "a bigot" or, worse still, a "hater" carries with it every bit of opprobrium  being labeled a "heretic" did in Medieval Europe. "What do you understand of such things?" our "betters" scream at us with the Ape. But they shall meet the same fate he did - as long as we maintain the two virtues most needed by good soldiers, faithfulness and courage. We must maintain the faith - rejecting the false idol of self-worship that the culture sells us and we must be courageous, witnessing to the faith, despite the almost inevitable social ramifications, and to the truth that it presents. This is the mission of the Church in the modern world. A Church which is "a countercultural movement, not a popular one," according to Raymond Cardinal Burke. Thus I call on you my brothers to stand with the Resistance, to stand with the Counter-Revolution, to stand with the Catholic Church.