All Christians (not just Catholics!) Should Call Mary the Mother of God (8 points)

Last week we saw why Every Christian (not just Catholics!) Should Be Praying the Rosary. Some non-Catholic Christians who might have followed the argument and be tempted to pick up their beads might still draw back when confronted with the Marian title - "Mother of God." Doesn't this make Mary into some kind of goddess? Wouldn't this mean she existed before God? Doesn't this finally prove the Catholic Church is trying to slip some kind of pagan Mary worship into "pure Christianity?" Can'e we just all agree to calling Mary "the Mother of Jesus"and move on?

It might be with surprise that our Protestant interlocutor finds this Marian title to be absolutely essential to authentic Christianity of any stripe. The Catholic (and as we will see historic Christian) argument is simple enough to be put into a single syllogism:


It's All About Jesus

All the Church's Marian doctrines are really doctrines about Jesus Christ. That is essential to keep in mind when thinking about anything and everything the Church teaches about Mary. The title "Mother of God" then has less to do with who Mary is (although it tells us that too certainly) and more to do with who Jesus is. We really only have two options before us, one leading to "Mary, the Mother of God" and the other just to "Mary, the Mother of Jesus." We can all agree Mary is the Mother of Jesus so:

Isn't Mary Just the Mother of the Human Jesus?

There aren't two Jesuses, one human and one divine, there is only one Jesus, who is both human and divine. In other words, Jesus isn't a human person he is a divine person who has both a divine and a human nature. Women are not mothers' of natures, they are mothers' of persons, thus Mary is the mother of the divine person - Jesus Christ (God). To say Mary is the Mother of the Human Jesus is to say Jesus wasn't God become flesh (i.e. a divine person who took on a human nature), but to say that Jesus was merely a human person. Again we see, saying Mary isn't the Mother of God is saying Jesus isn't God.

Absolutely! Saying Mary is the "Mother of God" implies that she is the Mother of the totality of God, not just a "part" of God. This too is saying something very important about Jesus. For Jesus, as our Protestant brothers certainly know, is the totality of God (as is the Father, as is the Holy Spirit). Jesus isn't part of God He is God. All of God. Each person of the Holy Trinity is all of God while remaining distinct from each other (hence the problem with comparisons of the Trinity to an apple - with core, skin, and flesh - or to a man - who is uncle, father, and brother. The three persons of the Trinity are not 1/3 of God each - they each are God while not each being one another). 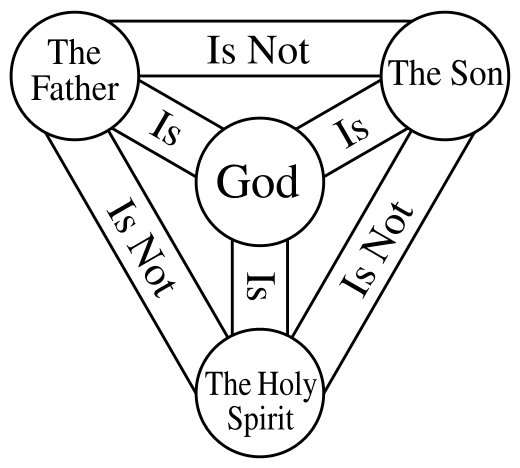 When Catholics insist upon Mary being the Mother of God, we do so because we insist upon the Divinity of Jesus.

Mary being the Mother of God has nothing at all to do with whether or not God created her (He did) or whether God pre-exists her (He does). It simply means that Jesus is really, truly God. That when Mary became pregnant with Jesus she was pregnant with God. That when Mary gave birth to Jesus, she gave birth to God. That God (Jesus) entered the world through Mary. Mary is God's mother because of the Incarnation, not because she pre-exists God (which she didn't). 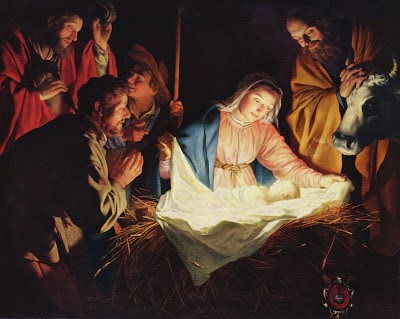 Wouldn't All of This Make Mary a Goddess?

This was all worked out long ago by the early Christians at the Ecumenical Council of Ephesus (AD 431). Nestorius, archbishop of Constantinople, was teaching against the already long established custom of calling Mary "the Mother of God" (theotokos in Greek). He taught that Mary ought to only be called Christokos (Christ-bearer or Mother of Christ) and advanced the same arguments some modern Protestants do. Seeking to defend the Divinity of Christ, which we saw is undermined by the Protestant/ Nestorian position, the Council proclaimed that


This is the account of the true faith everywhere professed. So shall we find that the holy fathers believed. So have they dared to call the holy virgin, mother of God, not as though the nature of the Word or his godhead received the origin of their being from the holy virgin, but because there was born from her his holy body rationally ensouled, with which the Word was hypostatically united and is said to have been begotten in the flesh. (source)

Which is the exact same thing we said above and that the Catholic Church still teaches 16 centuries on. But wasn't only the Holy Catholic Church that historically has defended this Marian title. All Christians, with the exception of the few followers of Nestorius (a clear heretic) and Evangelical / Fundamentalist Christians today, have defended the Divinity of Christ by calling Mary "the Mother of God." Martin Luther (hardly a fan of the Catholic Church) said,


We too know very well that God did not derive his divinity from Mary; but it does not follow that it is therefore wrong to say that God was born of Mary, that God is Mary’s Son, and that Mary is God’s mother. (Theodore G. Tappert, ed. Selected Writings of Martin Luther. Fortress Press. p. 291.)

Even the "Father of the Protestant Reformation" saw through the arguments against calling Mary the theotokos and, while feeling free to discard many Catholic teachings, vigorously defended this Marian title, knowing full well that in so doing he was really defending the Divinity of Christ and thus authentic Christianity.

It All Boils Down to One Simple Question