Is the Catholic Church Necessary for Salvation?

One common mistake people make in the spiritual life (and in life in general) is counting on being the exception, trying to ride the edge of the spiritual life, hoping not to fall off. Some will even suggest that the Church, at Vatican 2, endorsed this approach by teaching that all, or almost all, people will be saved. 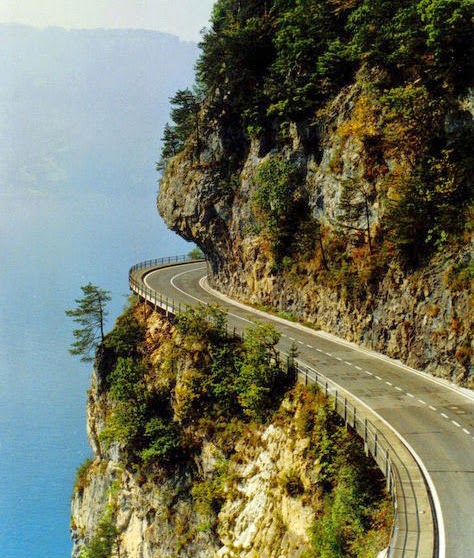 Let's take a close look at the words of the Second Vatican Council on salvation. From Lumen Gentium 14-16 (emphasis mine).

First, the Council Fathers looked at Catholics. What is the relationship between the Church and salvation for the Church's own children:


This Sacred Council wishes to turn its attention firstly to the Catholic faithful. Basing itself upon Sacred Scripture and Tradition, it teaches that the Church, now sojourning on earth as an exile, is necessary for salvation. Christ, present to us in His Body, which is the Church, is the one Mediator and the unique way of salvation.... Whosoever, therefore, knowing that the Catholic Church was made necessary by Christ, would refuse to enter or to remain in it, could not be saved.

That is pretty clear. First, the Catholic Church, as the Body of Christ, is necessary for salvation. Second, if you know this and either do not enter into the Church or leave the Church, you cannot be saved. Cannot. The Church doesn't get much clearer on damnation than that.

The Council Fathers then go on to answer the question, "who is in the Church" and to point out that not everyone in the Church is necessarily saved:


They are fully incorporated in the society of the Church who, possessing the Spirit of Christ accept her entire system and all the means of salvation given to her, and are united with her as part of her visible bodily structure and through her with Christ, who rules her through the Supreme Pontiff and the bishops.... He is not saved, however, who, though part of the body of the Church, does not persevere in charity. He remains indeed in the bosom of the Church, but, as it were, only in a "bodily" manner and not "in his heart."...

Being incorporated into the Church, then, is necessary for salvation, but isn't sufficient. We must also "persevere in charity" to be saved. You'll notice, contra what many Protestants want to believe, the Church does not mention "works". We cannot save ourselves through good works, but neither can we just pay lip service to accepting Jesus and live an unrepentant debauched life and expect to hear anything other than "I never knew you: depart from me, ye that work iniquity." (Matt 7:23)

The Council Fathers then go on to address the various ways Christians and non-Christians are related to the One True Church:


The Church recognizes that in many ways she is linked with those who, being baptized, are honored with the name of Christian, though they do not profess the faith in its entirety or do not preserve unity of communion with the successor of Peter. ...Likewise we can say that in some real way they are joined with us in the Holy Spirit, for to them too He gives His gifts and graces whereby He is operative among them with His sanctifying power....


Finally, those who have not yet received the Gospel are related in various ways to the people of God.... Those also can attain to salvation who through no fault of their own do not know the Gospel of Christ or His Church, yet sincerely seek God and moved by grace strive by their deeds to do His will as it is known to them through the dictates of conscience. ... But often men, deceived by the Evil One, have become vain in their reasonings and have exchanged the truth of God for a lie, serving the creature rather than the Creator. Or some there are who, living and dying in this world without God, are exposed to final despair. Wherefore to promote the glory of God and procure the salvation of all of these, and mindful of the command of the Lord, "Preach the Gospel to every creature",the Church fosters the missions with care and attention.

Paragraph 16 contains perhaps the most misunderstood part of the Church's teaching. No one will be damned for something that was beyond there control (something that is "through no fault of their own"). The Native Americans before the voyage of Columbus are a great example of people who knew neither Christ nor the Church He founded "through no fault of their own." This doesn't mean they were all automatically saved (the Council Fathers specially state that people in this position "often" are "deceived by the Evil One" and are heading on the path of destruction thanks to sin), but it does mean they were also not automatically damned simply for living in a part of the world in which the Good News hadn't been preached yet.

We can't assume that the people we meet are outside the Church "through no fault of their own" nor can we assume they are on the path to destruction. The safest place for all men to be is inside the Church, which is why "the Church fosters the missions with care and attention," but extra ecclessiam nulla salus isn't a reason to despair. We are supposed to live and propagate the faith like souls depended on it, while completely trusting that the mercy of God is greater than we can imagine.

No one demonstrates the mercy of God (and the justice of God) more than the great poet, Dante Alighieri. In Purgatorio we meet Manfred who's life mirrored that of his father, Frederick II, but who (unlike dad) is among the saved. How? He tells us,


Horrible were my sins,
but infinite Goodness with wide-open arms
received whoever turns to it. (3.121-123)

Developing this same theme, Buonconte (who's life also mirrored his damned father), tells us that though he lived a life of sin, at the last moment before his death, as he bleeds out on the battlefield, he found salvation. How?