An Ex-Atheist Explains Why He Didn't Want God to Exist

Last week, had some interesting conversations surrounding several posts I did on atheism (HERE) over at my GooglePlus page. In the course of these conversations, I was struck by how much the atheists didn't want theism to be true. It wasn't just that they disbelieved, they were desperate to disbelieve. Mere disbelief I could understand; the existence of God was a question I grappled with on my own journey. But the passionate desire for the universe to lack an actually existing God was something I found alien and odd.

At the same time that I was engaged in these debates, I was reading Surprised by Joy, CS Lewis' account of his conversion from atheism to Christianity. I'm currently in his atheist stage, and read the following passage yesterday, which illuminated the mindset of some atheists (some, mind you, not all). 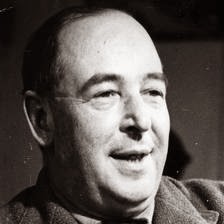 ...there was one way in which the world, as Kirk's rationalism taught me to see it, gratified my wishes. It might be grim and deadly but at least it was free from the Christian God. Some people (not all) will find it hard to understand why this seemed to me such an overwhelming advantage.... I was... far more eager to escape pain than to achieve happiness, and feeling it something of an outrage that I had been created without my own permission. To such a craven the materialist's universe had the enormous attraction that it offered you limited liabilities. No strictly infinite disaster could overtake you in it. Death ended all. And if ever finite disasters proved greater than one wished to bear, suicide would always be possible. The horror of the Christian universe was that it had no door marked Exit.... But, of course, what mattered most of all was my deep-seated hatred of authority, my monstrous individualism, my lawlessness. No word in my vocabulary expressed deeper hatred than the word Interference. But Christianity placed at the center what then seemed to me a transcendental Interferer. If its picture were true then no sort of "treaty with reality" could ever be possible. There was no region even in the innermost depth of one's soul (nay, there least of all) which one could surround with a barbed wire fence and guard with a notice of No Admittance. And that was what I wanted; some area, however small, of which I could say to all other beings, "This is my business and mine only."
In this respect... I may have been guilty of wishful thinking. Almost certainly I was.

How many people in the modern West can relate to Lewis' "deep-seated hatred of authority," his "monstrous individualism" and his "lawlessness" (this one last for many today, if not for Lewis himself, seems to be particularly a lawlessness in matters sexual)? How many despise the "Christian God" as the "transcendental Interferer" of Lewis' imagination? Perhaps, here we see one root of atheism - sin. Just as Adam and Eve immediately tried to hide themselves from God after their sin, so too many today wish that the Christian God doesn't exist as they attempt to hid themselves and their sins.
Posted by Nathan Barontini at 5/07/2014 10:26:00 AM