Is it Just As Likely for Non-Christians to be Saved?

I recently posted this meme on my Google+ page (follow me there if you don't already), 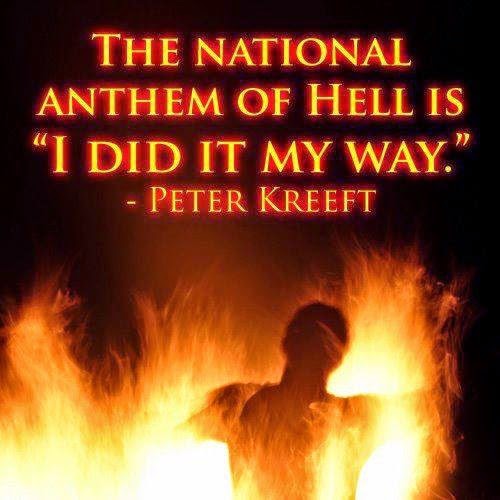 which occasioned an interesting conversation with an atheist (no, not the usual garden variety angry infantile atheist either, this was an intelligent man with great questions) who assumed I believed that the eternal fate of the saved and the damned depended solely on whether an individual accepted Jesus as Lord and Savior or perhaps on how much good someone did. Apparently, he was only familiar with Evangelical and Pelagian soteriology and, having rightly rejected those, rejected the entire idea of hell as absurd, as the capriciousness of God angrily casting souls into hell against their will. Interestingly, this common view is the exact opposite of what happens. The damned freely choose hell against the Will of God, who desires the salvation of all (1 Tim 2:4). In this way salvation is more like a marriage proposal than like a theology quiz (as we discussed at more length here: The Hell We Choose. An Advent Call to Holiness)

As the possibility of salvation opened for non-Christians, the atheist offered a "summary" of my position including the idea that it was "just as likely" for a Muslim or atheist to be saved as it was for a Christian to be saved. Of course, I had made no such statement as I quickly pointed out. It is an interesting question though and one which I wanted to spend a little more time on than I could on the combox with the atheist.

Our faith tells us a few facts that help us frame an answer to this question. First, we know that explicit membership in the Church is the normal route of salvation, but lacking such membership isn't a one way ticket to hell. The Second Vatican Council made this clear in Lumen Gentium where we read,


those who have not yet received the Gospel are related in various ways to the people of God. In the first place we must recall the people to whom the testament and the promises were given and from whom Christ was born according to the flesh.... But the plan of salvation also includes those who acknowledge the Creator. In the first place amongst these there are the Muslims, who, professing to hold the faith of Abraham, along with us adore the one and merciful God... Nor is God far distant from those who in shadows and images seek the unknown God... Those also can attain to salvation who through no fault of their own do not know the Gospel of Christ or His Church, yet sincerely seek God and moved by grace strive by their deeds to do His will as it is known to them through the dictates of conscience. Nor does Divine Providence deny the helps necessary for salvation to those who, without blame on their part, have not yet arrived at an explicit knowledge of God and with His grace strive to live a good life... But often men, deceived by the Evil One, have become vain in their reasonings and have exchanged the truth of God for a lie, serving the creature rather than the Creator. Or some there are who, living and dying in this world without God, are exposed to final despair. Wherefore to... procure the salvation of all of these... the Church fosters the missions with care and attention. (paragraph 16, emphasis added).

Thus we see that no one is damned for not doing that which they could not do. If someone, "through no fault of their own" and "without blame on their part," is unable to come to explicit knowledge of "the Gospel of Christ or His Church" they will not be damned for that reason. They could, of course, still end up damned for other reasons, but no one is damned for failing to do the impossible. 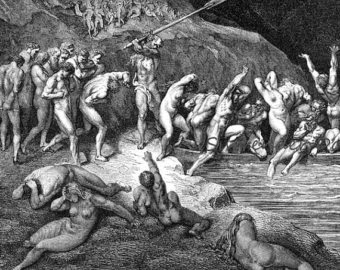 So, what are "the odds" then? Do Christians, Muslims, and atheists all have "equal odds" at getting to Heaven? Perhaps the simplest way to look at this is to use an analogy. Let's imagine three different people all on a journey to the same destination (point b) and all setting forth from the same place (point a).

The first driver has limited experience driving, has seen other people drive quite a bit, and has a pretty good idea where destination "b" is.

The second driver has never seen a car, let alone driven one, and doesn't really even believe destination "b" exists or that it is at all important getting there.

The third driver is an experienced driver, has an excellent car, a GPS system, and is dedicated to making it to destination "b" as the single most important goal of his life.

In much the same way a non-Catholic religious person, an atheist, and a Catholic all have a shot at getting to their final destination (heaven), but they don't each have "equal odds." To change the analogy, the Catholic Church is like Noah's Ark sailing through the seas of sin that threaten to drown each person. Those aboard the Ark have a better shot at surviving the flood than those who seek a piece of driftwood from the Ark to float on or who seek to swim solely under their own power through the waves. All can be saved, but being on the Ark is the safest way to make the passage. That's why we seek to stay in the Church and bring as many other souls aboard as we can or, in the words of Lumen Gentium 16, "to... procure the salvation of all of these... the Church fosters the missions with care and attention."