Read Dante. There are Few Better Uses of Your Limited Time on this Earth.

A commenter on my Google + page remarked, after reading my recent post on the Terminally Ill 29 Year Old Who Have Decided to Commit Suicide, that he has a copy of Dante's Inferno, referenced on the blog post, and might pick it up. As I wanted to encourage him (and all of you) to do so, I wrote the following and decided to post it here: 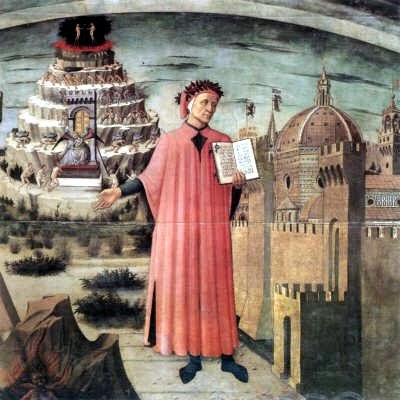 I highly encourage you to pick up that copy of Dante's Inferno you have sitting around. More than that, though, I encourage you to continue on the journey and read the whole poem - Inferno, Purgatorio, and Paradiso. Do you know which translation you have? I strongly recommend using Mark Musa's for a first pass through the poem. Musa provides ample notes without overwhelming the first time reader. The notes are important as Dante's work is populated with personages that were instantly familiar with his readers - drawn from mythology, contemporary events, the Bible, ancient history, etc. - but that can be perplexing to readers today. If you don't know who Farinata degli Uberti or Francesca da Rimini were, Musa is your guide. That's not to dismiss other translations (Ciardi's and Esolen's are fine and Longfellow's is classic), but Musa is where I'd recommend you start.

Yes, the poem takes a little bit of effort, but it is well worth it. There is a reason Dante's masterpiece is widely hailed as the single greatest literary accomplishment in human history. It's also been called "the Summa in verse," higher praise for a Catholic could hardly be found.

Ludovico Sfroza, Duke of Milan, after witnessing his city fall to Louis XII, King of France who also held a hereditary claim to Milan, was dragged before the king as a prisoner. Told he could take but one possession with him into his imprisonment at the Castle of Loches from his fabulously wealthy Renaissance palace, Sforza choose nothing other than La Commedia, which he spent reading and rereading for the next eight years. Few better choices could have he made.

For what could be more rewarding than journeying with Dante the Pilgrim (or perhaps even as Dante the Pilgrim, can't we all recognize ourselves in the poem?) from the pits of self-obession, despair, and inquiry to finally behold the very vultus Dei, the face of God, in a moment of blinding ecstasy? Such is the reward of reading Dante.
It can be tough going, but don't lasciate ogni speranza ("abandon all hope" - Inferno, Canto III). There's an old saying for those embarking upon their first trip with Dante, "when you've finished reading The Divine Comedy, you are ready to begin reading The Divine Comedy. That's not to say reading it once is without joy and merit of it's own, but getting the whole poem in one's head is the best way to appreciate its parts. While this is especially true of Dante, it's a good rule for all great books.