What's New about the New Evangelization?

I've heard it asked "what's new about the New Evangelization? Hasn't the Church always been evangelizing? When did the old evangelization end?" We can find the answer in a homily given by Pope Benedict XVI from October 7, 2012 (emphasis added)

I would now like briefly to examine the new evangelization, and its relation to ordinary evangelization and the mission ad Gentes. The Church exists to evangelize. Faithful to the Lord Jesus Christ’s command, his disciples went out to the whole world to announce the Good News, spreading Christian communities everywhere. With time, these became well-organized churches with many faithful. At various times in history, divine providence has given birth to a renewed dynamism in Church’s evangelizing activity. We need only think of the evangelization of the Anglo-Saxon peoples or the Slavs, or the transmission of the faith on the continent of America, or the missionary undertakings among the peoples of Africa, Asia and Oceania ... Even in our own times, the Holy Spirit has nurtured in the Church a new effort to announce the Good News, a pastoral and spiritual dynamism which found a more universal expression and its most authoritative impulse in the Second Vatican Ecumenical Council. Such renewed evangelical dynamism produces a beneficent influence on the two specific “branches” developed by it, that is, on the one hand the Missio ad Gentes or announcement of the Gospel to those who do not yet know Jesus Christ and his message of salvation, and on the other the New Evangelization, directed principally at those who, though baptized, have drifted away from the Church and live without reference to the Christian life. The Synodal Assembly which opens today is dedicated to this new evangelization, to help these people encounter the Lord, who alone who fills existence with deep meaning and peace; and to favour the rediscovery of the faith, that source of grace which brings joy and hope to personal, family and social life. Obviously, such a special focus must not diminish either missionary efforts in the strict sense or the ordinary activity of evangelization in our Christian communities, as these are three aspects of the one reality of evangelization which complement and enrich each other... 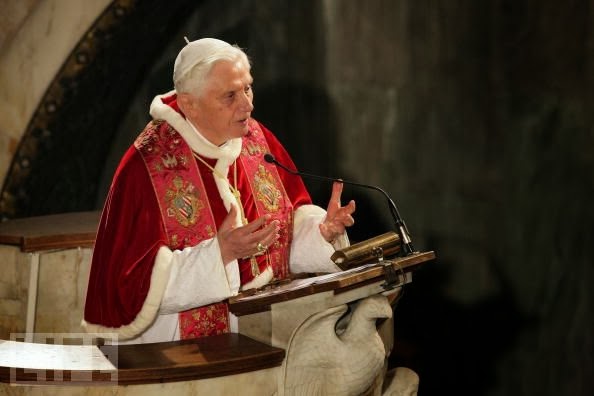 Thus, the answer to the question, "when did the old evangelization end?" is never. It is still ongoing. "What is so new about the New Evangelization? To whom it is directed. The New Evangelization is a re-evangelization, frequently of baptized Christians (or children of baptized Christians) who have fallen away from the embrace of Christ and the Church. In this way it presents us with a much more challenging task. The missio ad gentes seeks to bring Christ to those who never knew Him. The New Evangelization seeks to bring Him back to those who have rejected Him or who, even worse, simply don't care. It's the difference between dealing with a virgin and a divorcee - a difference filled with distaste, disgust, and distrust of the Church, her Lord, and her teachings.

This is where the witness of Pope Francis has been so powerful. He is able to connect emotionally with the fallen away and make them at least admit to liking this pope, even if they are still unsure about the Church he leads. They see a man they can admire and that small spark is something we can try to fan into a flame of love for Christ and the Church.

Of course, we all know that Benedict is also a compassionate man, one who hugged babies and loves the poor, but Francis has been able to get that message across in a way his predecessor was not able to, primarily because of a hostile press that insisted on seeing Benedict solely as the "Panzerkardinal." I'm not sure how long the media "honeymoon" will last, but Francis has managed to change the narrative and that is something we can all be thankful for.
Posted by Nathan Barontini at 12/18/2013 10:18:00 AM