Slavery is Still All Too Real

When you think of slavery you might conjure up images of African Americans on the "Middle Passage," Spartacus and his slave army hanging along the Via Appia, or the ancient Hebrews making mud bricks for Pharaoh while their backs are being lashed with the whip. While deplorable, we might think, slavery is something only in the past. Sadly, this isn't the case. Millions of people, women and men, adults and children, are suffering in the bond of slavery as you read this blog. These people have been abducted, robbed of their freedom and human dignity, and used as mere chattel. In a society that increasingly sees people as objects to be used rather than as subjects to be respected, this problem is getting worse not better. Sex slavery, among the most dehumanizing, is particularly damaging and entraps millions of women each year. Men find themselves put to work against their will with no hope to escape or better their lot, exactly as so many slaves have felt in the past. 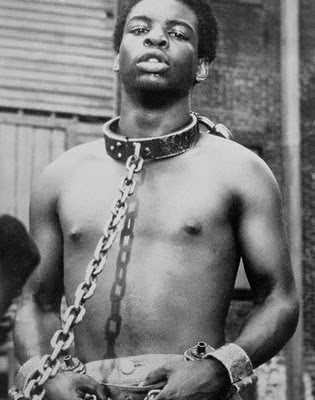 Christianity, and Christianity alone, with it's firm teaching on the equality of all men (as we all descend from the man Adam and have all been redeemed in the man Christ Jesus) drove this evil from the world before. It was Christians who ended the gladiatorial combat (which was between slaves) and freed the men and women enslaved in the salt mine or working the latifundia of the wealthy slave owning patrician Romans. It would be Christians, like Bartolomé de las Casas, who argued strenuously against the wicked enslavement of Native American populations by the Spanish conquistadors. And it was Christians who, fired up by the Second Great Awakening, manned the Underground Railroad and led the Abolitionist movement in the United States.

It is time, once more, for Christians to take the lead in ending the scourge of slavery in our day. Atheism, materialism, and secularism offer no philosophical basis to reject slavery. Utilitarianism and moral relativism fall mute in its face. Only an authentic view of man, only the Christian anthropology, is strong enough to rouse man from his complacency toward this evil. With that in mind, please take a moment to watch this video from the USCCB on the evils of human trafficking and modern slavery.

May God bless you all.