5 Important Christological Errors. Are YOU a Heretic?

Catholicism ultimately isn't a religion of "rules and regulations" (as important as those can be). Rather, it ultimately is about a relationship, a relationship with Jesus Christ. Because our Faith is ultimately not about a way of knowledge or a style of life (again important as those are), but about a person, who that person is, is the most important question of all. Thus, the early Christians, the first Catholics, unlike the early Muslims, Buddhists, Pagans, or even Lutherans, Methodists, Baptists, Presbyterians, or Anglicans argued viciously against any corruption of the orthodox understanding of who the founder of the Church (Jesus) is. These early battles were all won, but the ideas linger yet. Let's look over the five most important Christological errors from the early Church. As you read these, ask yourself, is this what I believe? If so, you might be a heretic.

5. Adoptionism
Under this view, Jesus of Nazareth was born an ordinary man and lived an ordinary (albeit sinless) life until His Baptism when He was adopted as the Son of God. Under this view, the "lost years" of Jesus were "lost" because they were unremarkable and unimportant. This view, also known as "dynamic monarchianism" was roundly condemned by the Nicaea 1 (AD 325).

4. Modalism
Modalists reject the Trinity, believing instead in one God who is one Person, but who shows Himself in three "modes" - Father, Son, and Holy Spirit. Explanations of the Trinity that compare God to a man who is simultaneously father, son, and husband or that compare God to water which is ice, steam, and liquid fall into the heresy of modalism. This heresy is also known as Sabellianism (after a priest who popularized it in the third century), Patripassianism (after the implication that God the Father (pater in Latin) suffered on the Cross, and modal Monarchianism.

3. Nestorianism
Named for a patriarch of Constantinople (Nestorius), this heresy sought to separate Christ into two persons, one divine and one human. This led these heretics to reject Mary's traditional title Theotokos (Mother of God), as they claimed that Mary was only the mother of the human person Jesus and not of the eternal Second Person of the Trinity. Some Protestants today have revived this heresy, which was condemned at the Council of Ephesus (AD 431), and refuse to call Mary the Mother of God.

2. Monophysitism
The other side of the coin from Nestorianism, monophysities claimed that in Christ (who they recognized as one Person) there exists only one divine/human nature. Some monophysities thought of this nature as a hybrid, a cross between the divine nature and human nature, frequently comparing Christ's human nature to a drop of liquid being completely swallowed up by the sea. This heresy was condemned at the Council of Chalcedon (AD 451).

1. Arianism
The biggest and most successful heresy that attacked the ancient Catholic Church, Arianism (named after a Egyptian priest) taught that there was a time when Christ didn't exist. They believed that Jesus, while the highest of all created beings, was just another created being, rejecting His divinity. The Jehovah Witnesses have resurrected this ancient heresy, which was condemned by the First Council of Nicaea (AD 325).

All of these heresies are alive and well in these latter days, some being officially taught by various non-Catholic Christian groups, others being held more or less privately by various Christians. One of the reasons why we still recite the ancient Creed first formulated at Nicaea 1 in AD 325 at every Sunday Mass is to make certain each and every Catholic is aware of who exactly Jesus Christ is. In short, we confess to believe that Jesus is the Second Person of the Trinity (which is three persons, but only one God, all sharing one Divine Nature). Jesus is both fully human and fully divine, having two natures (human and divine) in which His one person can operate. This means Jesus can do divine things (like creating) through His eternal divine nature and human things (like dying) through His human nature. Being both fully human and fully divine, Jesus (and Jesus alone) can save us by repairing the relationship between God and man which was broken by Adam and Eve. 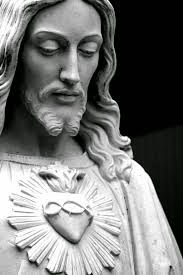 Jesus Christ, true God and true man, save us sinners!