Do Christians Seek to Escape the World?

Q. Christians just want to flee from the world, they are traitors! They want to escape the real world and go to God's dwelling place. Even the ancient Jews didn't believe this! They at least wanted to make a fit dwelling place for God on Earth. They saw the messiah as someone who would rule over the world, not as someone who whisks his followers away from the the world! Why isn't the world enough for Christians? Why do you want to run away!? That's why I'm happy to be a secular humanist, we like the world!!

Well, my friend, it seems you think Christians see salvation as an escape from the world into an ethereal heaven. While right on the money for some religions, this simply isn't the least bit accurate for historic and apostolic Christianity. Christians believe the Kingdom of God is already at hand. Right now. We believe we are called by Christ to transform the secular order in preparation for His Second Coming, which doesn't herald some sort of "Rapture" where faithful Christians leave the world behind, but rather brings the end of the age and with it a New Heavens and a New Earth where we will gloriously live with our King here forever. We believe in the resurrection of our bodies, that eternal life ultimately means an eternity of living in our bodies. Actually even that isn't correct for we don't believe we are souls or brains inhabiting bodies, Christians believe that we are our bodies. CS Lewis, in The Great Divorce, gives a much better insight into a Christian understanding of the relation between heaven and earth than you are operating under. It might serve you well to read the whole book, for now let's reflect on one passage.


“Son,'he said,' ye cannot in your present state understand eternity...That is what mortals misunderstand. They say of some temporal suffering, "No future bliss can make up for it," not knowing that Heaven, once attained, will work backwards and turn even that agony into a glory. And of some sinful pleasure they say "Let me have but this and I'll take the consequences": little dreaming how damnation will spread back and back into their past and contaminate the pleasure of the sin. Both processes begin even before death. The good man's past begins to change so that his forgiven sins and remembered sorrows take on the quality of Heaven: the bad man's past already conforms to his badness and is filled only with dreariness. And that is why...the Blessed will say "We have never lived anywhere except in Heaven, : and the Lost, "We were always in Hell." And both will speak truly.” 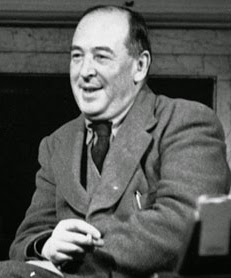 What Lewis is saying is the difference between heaven and hell is one of such magnitude that it will affect the experience we've had of our entire lives. In that way it "will work backwards" making the damned realize they missed out on the joy of life all along, in fact they "were always in Hell." The opposite is true for blessed, even those moments of suffering will be seen for what they really were... "a glory." This makes this life, and this world we live in, all the more important for the Christian. We aren't terrestrial traitors hoping for a new homeland. Rather we are servants of the God who saw this world and declared "it is very good." It is the Christian who can truly love this world, for it is the Christian who sees the eternal worth of each moment spent in it.
Posted by Nathan Barontini at 6/10/2014 09:56:00 AM