I just finished reading a great new book on now Saint Pope John Paul II. There have been so many books written about or by our late Holy Father that one can be forgiven for thinking yet another one is nothing special, nothing worth going out of your way to purchase and read. One can be forgiven, yes, but one would be dead wrong. Jason Evert has written a great, fresh book examining the life of the man so many Catholics lived with as pontiff for so many years. The secret of his success is his method of viewing JP II's life through the lens of "his five loves." After giving a short bio of the pope, Evert dedicates the rest of his book to looking at the five things JP II held closest to his heart. Admittedly, John Paul II loved many things and yes the list could have been expanded to his ten loves or twenty loves without much of a problem, Evert admits as much himself in the introduction,


...the aim of this work is to paint a portrait of the Holy Father by examining his five loves. Because of the size of his heart, I will grant that it's impossible to place a finite number on such things.... But although the present list of five is limited and subjective, it's not arbitrary. (page xviii)

With that being said, Evert does a great job of pinpointing some the the things most dear to the Holy Father. He lists, as John Paul's "five loves,"

1.Young People - with a special focus on JP II's days as a priest and bishop in Poland and, of course, the phenomenon of World Youth Day.

2. Human Love - especially JP II's Theology of the Body, perhaps the most profound exposition of thought on the meaning and nature of human love in history.

3. The Blessed Sacrament - where he talks about how JP II loved the Eucharist and centered his life on the Mass and Adoration.

4. The Virgin Mary - where he looks at the special role Our Blessed Mother played in John Paul's life and in shaping his pontificate.

5. The Cross - a look at how John Paul appreciated and embodied St Paul's teaching on the redemptive power of suffering, of carrying our cross and following the Lord.

Packed throughout the book are a ton of anecdotes that bring John Paul the man to life for the reader. Evert painstakingly sorted through nearly endless stories about the pope, selecting only those that past the muster of scrutiny. He describes this process in the introduction,


The challenge was sorting fact from fiction and taking measures to weed out the papal urban legends, of which there are plenty.... Mining through a mountain of papal resources, I looked for the gems. This book is a collection of those jewels, presented as a treasure chest of the saint's life. (page xix)


For those who lived through and followed John Paul's historic pontificate these glimpses provide a welcomed reminder of their shepherd. For younger readers, non-Catholics, and those of us who were on the margins of the Church during his time as pope, Evert brings the person of pope vividly before us, showing us just why he is Saint John Paul.

While in no way meant to replace lengthier biographies, such as George Weigel's, Evert's book demands a place on every Catholic's bookcase. 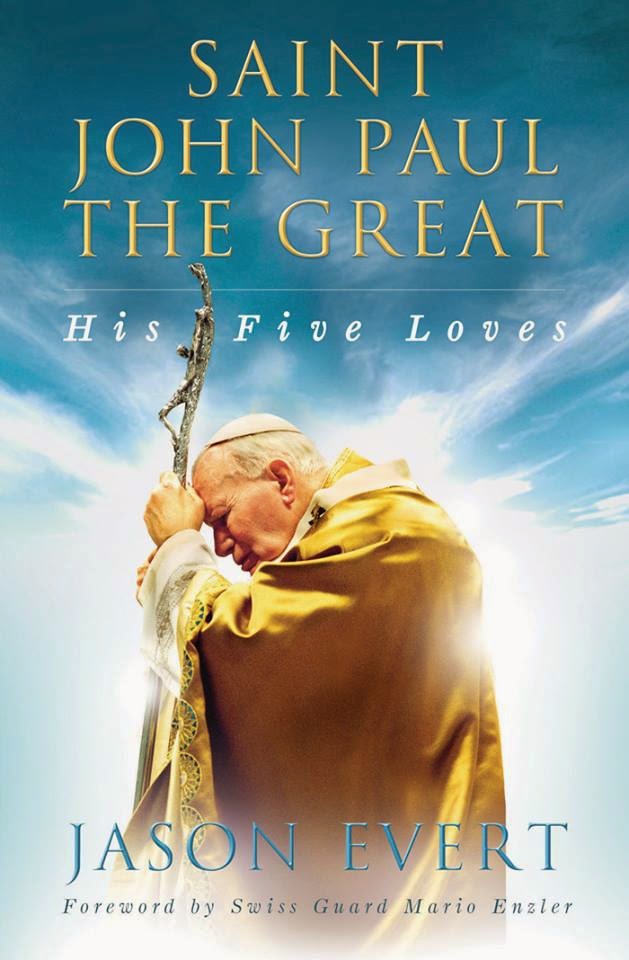