Prayer to the Magi

I came across this prayer written by St. Helena (the mother of Constantine the Great, Emperor of Rome) on the blog of Father Z and wanted to repost it here. As a late comer to the faith myself and one who came "laboriously...taking sights and calculating" this really struck a never with me. If you haven't seen it already, enjoy (emphasis and comments are mine). 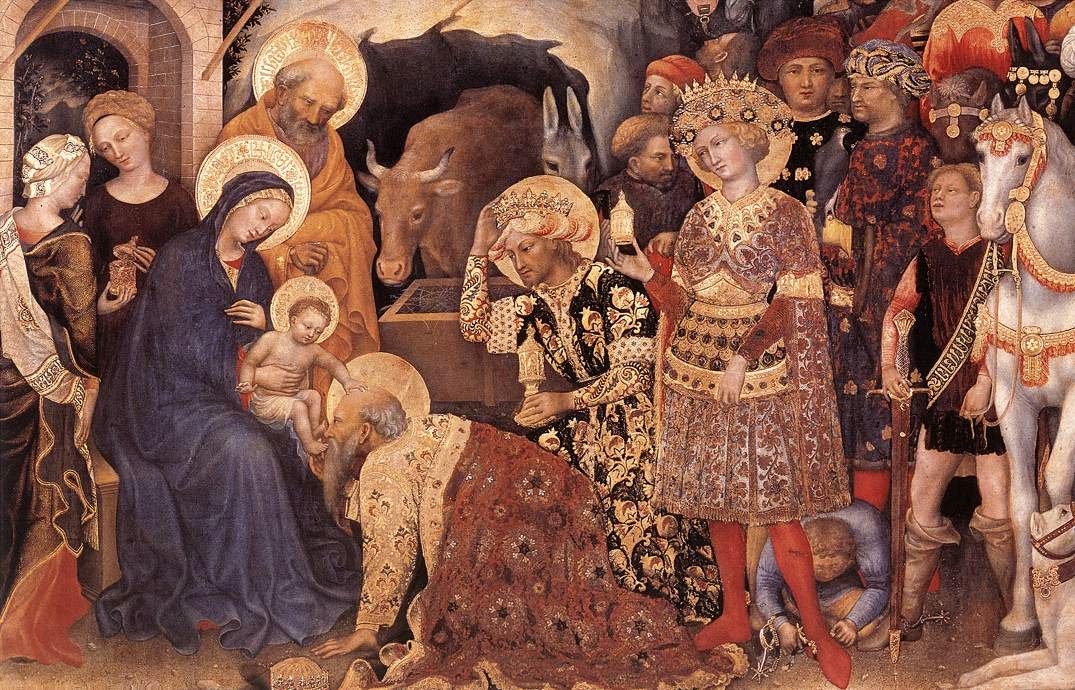 This is my day, and these are my kind.
“Like me, you were late in coming. The shepherds were here long before, even the cattle. They had joined the chorus of angels before you were on your way.
How laboriously you came, taking sights and calculating, where the shepherds had run barefoot! How odd you looked on the road, attended by what outlandish liveries, laden with such preposterous gifts!
You finally came to the last stage of your pilgrimage and the great star stood still above you. What did you do? You stopped to call on King Herod. Deadly exchange of compliments in which began that unended war of mobs and magistrates against the innocent!
Yet you came and were not turned away. You too found room before the manger. Your gifts were not needed, but they were accepted and put carefully by, for they were brought with love. In that new order of charity that had just come to life, there was room for you, too. You were not lower in the eyes of the holy family than the ox or the ass.
You are my especial patrons, and patrons of all late-comers, of all who have a tedious journey to make to the truth, of all who are confused with knowledge and speculation, of all who through politeness make themselves partners in guilt, of all who stand in danger by reason of their talents.
Dear cousins, pray for me, and for my poor overloaded son (the Emperor Constantine). May he, too, before the end find kneeling space in the straw. Pray for the great, lest they perish utterly.
For His sake who did not reject your curious gifts, pray always for the learned, the oblique, the delicate. Let them not be quite forgotten at the Throne of God when the simple come into their kingdom.”