Could Hitler be in Heaven?

Today we ask a provactive question, could Adolf Hitler, widely considered to be one of the most evil men in history, be among the saved? Let's take a look. 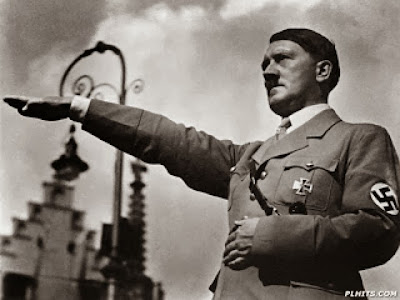 Why does someone go to Hell?
The only thing that lands someone in Hell is dying outside the state of grace, i.e. dying in a state of mortal sin.

Did Hitler ever sin after his baptism?
Hitler was baptized as an infant, so the answer here also is yes because we are all sinners (cf. 1 Jn 1:8). Furthermore, Hitler was a notorious public sinner, we all know his many crimes. The idea that he never committed a mortal sin, is laughable at best.

Can Hitler have been forgiven these sins?
The only way to have a post-bapismal mortal sin forgiven is to either
1) go to sacramental confession
or
2) make an act of perfect contrition.
Hitler wasn't a practicing Catholic and he didn't have access to a priest while he was in the bunker under Berlin for the last several months of his life, so we can pretty much cross option 1 off. That leaves option 2 - sorrow for his sins, not out of fear of Hell, but because Hitler loved God (perfect contrition). He would have to be sorry for all of his sins, including killing innocent Jews, which he seemed unrepentant of until the last.

But Hitler's sins were so terrible, how could confession or an act of perfect contrition save him? Surely some sins can never be forgiven.
We are all forgiven, not through any merits of our own, but though the saving Passion and Death of Our Lord. Christ's Holy Sacrifice on Good Friday is of limitless worth, there is nothing anyone (even Hitler) could do that would be so bad as to outweigh Calvary, therefore all sins (even Hitler's) can be forgiven through the means Christ established - sacramental confession or an act of perfect contrition.

Didn't Hitler commit suicide? Isn't that mortally sinful?
Suicide is grave matter and, under normal circumstances, is a mortal sin (one which leaves the sinner no time to repent). This could be grounds for his damnation, but Hitler seems to have been out of his mind by the time he killed himself, which would remove one of the three conditions necessary for mortal sin - consent. So the suicide might not be enough to damn him, although it might have been - we can't say.

If Hitler was insane could he sin at all?
The insane, if emptied of their ability to make rational choices, cannot commit a mortal sin. However, even if Hitler was out of his mind for some extended period toward the end of his life, out of his mind enough to not be culpable for his sins, he still would have had to of made an act of perfect contrition or sought sacramental confession before going insane for his pre-insanity mortal sins to be forgiven.
Hitler wasn't even Catholic, why would he seek confession?
This brings up an interesting point, Hitler was "outside the Church" and of course we all know extra ecclesiam nulla salus, outside the Church there is no salvation. Thus, Hitler would have to meet additional requirements (so to speak) to avoid damnation. According to Vatican Council 2, people outside the visible confines of the Catholic Church "also can attain to salvation who through no fault of their own do not know the Gospel of Christ or His Church, yet sincerely seek God and moved by grace strive by their deeds to do His will as it is known to them through the dictates of conscience." (LG16).
So Hitler would have to have:
1) not known about the Church and Jesus (if he wasn't Christian)
2) not been at fault for his not knowing, i.e. been invincibly ignorant
3) sincerely strove to seek God and do His will by his deeds.

So does that mean that we know that Hitler is in Hell?
It looks pretty bad for Hitler. Not because what he did was so evil (again, Christ's sacrifice is enough to blot out any and every sin any of us can commit) but because the likelihood of true contrition seems to be almost nil. All that being said, because we don't know for sure if Hitler died contrite, we can't answer definitively. Ultimately, we just don't know. 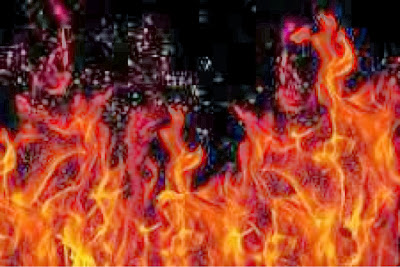 Should Catholics pray for Hitler's soul?
Because we ultimately don't know Hitler's final destination, we ought to pray for the man and all others who choose to sin against the All Holy One, although we might cautiously say the chances of such prayers being effectious might be very slim. Praying for the deceased is a spiritual work of mercy.