32 Books That Will Take You Deeper into Dante's Comedy 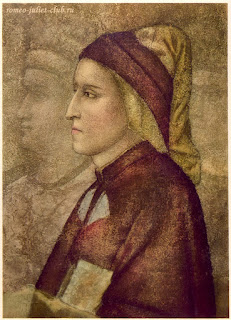 As longtime readers of the blog are aware, I'm a huge fan, student and teacher, of the great Dante Alighieri (I blogged my way through most of Inferno, check it out if you missed it - and yes, I plan on finishing posting the rest of Inferno at some point). I have read his masterpiece well over a half dozen times and his letters and minor works each at least once.

I've just finished teaching The Divine Comedy at a parish in the south and thought I'd share my "suggested reading" list here with my blog readers. The books under each heading are listed in order, from easiest to hardest. For the beginning student in any of these topics, I recommend reading just the first one (or two) choices. If you are more advanced, feel free to dive into the harder choices.

Each title is also a link to purchase the book online at Amazon.

There are many other great books to read on the subject, of course, but these are a great place to start. I'm currently in the middle of Marco Santagata's Dante: The Story of His Life, which has been solid so far.

And here's a little motivation to get started.