4 Halloween Mistakes for Catholics to Avoid

It's that time of year again.

Time for the secular world to entirely miss the point of (and forget the Catholic origins of) another holiday - Halloween. As faithful Catholics we know (or should know) that Halloween is the Eve of All Hallows (Saints) Day and should celebrate it as the Catholic holiday it is. That is, sadly, becoming more and more difficult with each passing year. To help you out this year, I thought to give you a handy guide on avoiding a few common Catholics Halloween mistakes. 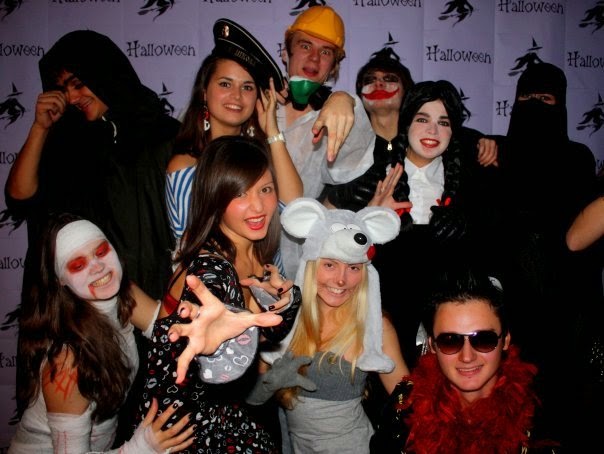 Mistake #1 - Think Halloween is "Pagan" Rather than Christian
It is nearly inevitable that we Catholics must listen to those who would rewrite history, replacing the Vigil of a Catholic Feast with all kind of historical fabrications, creating (out of thin air and without any credible historical evidence) links to various pagan holidays (Samhain seems to be a favorite these days). Of course All Saints Day falls near a pagan holiday - every calendar day falls near one pagan holiday or another. It would be like claiming Memorial Day, Veterans Day, and Thanksgiving are really Catholic holidays because they all fall near Catholic Feast days - of course they do, every day is near some Catholic feast or another. 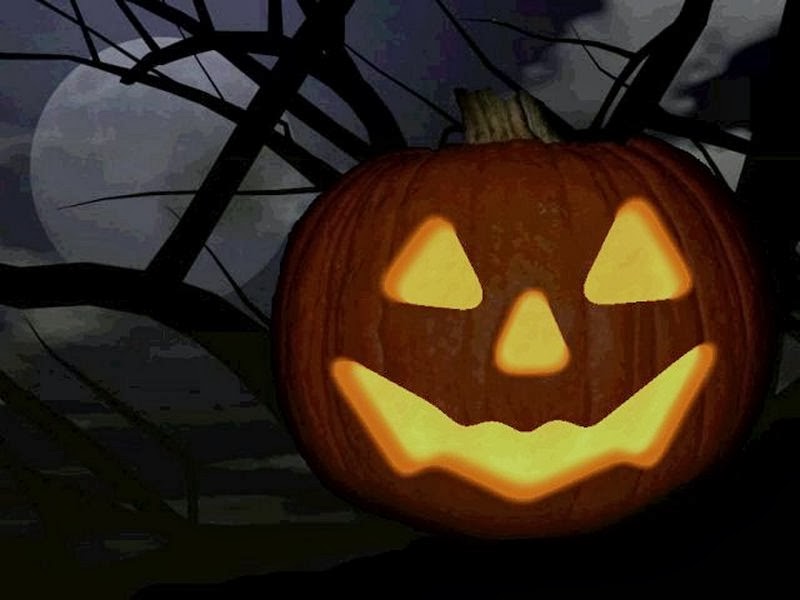 The fact, of course, is much less surprising. All Saints Day is celebrated on November 1 (and its Vigil - Halloween on October 31) not to compete with some Celtic pagan feast but because Pope Gregory III (reigned 731-741) consecrated a chapel inside St. Peter's Basilica ("the Vatican") to "all the saints" on November 1. In so doing, he began a feast dedicated to all the saints on the same day for Rome. Eight decades later, Gregory IV (reigned 827-844) decided to bring the feast to the Church Universal.


Not that there would be a problem even if the Church did decide to hold a feast for all the saints to "baptize" a pagan holiday.

Those Protestants who most insist upon a pagan origin for Halloween usually hold "Reformation Day" or "Fall Festival" celebrations and invite people to celebrate those instead of celebrating Halloween. So they replace what they think is a problematic holiday by celebrating a different holiday on the same day - exactly what they accuse Catholics of doing with Halloween. Ah, the irony of the season!

Mistake #2 - Celebrate Exactly Like the Secular World
The problem for us Catholics isn't so much a misreading of the history of Halloween, but with how Halloween is celebrated here in the United States, especially the increasingly semi-undressed female costumes (for ever younger girls) and blood-soaked, gore-filled costumes for even the youngest of boys isn't keeping the Catholic in Halloween. The secular world, with its obsessive focus on lust and violence, is profaning a holy day, something we Catholics must never join in doing. Participating in Halloween - craving pumpkins, trick or treating, etc - is fine, but the darkest extremes must be avoided to stay true to the Church and to who Jesus is calling us to be. Before you select your costume, ask yourself, "is this going to please God?" If not, pick another. 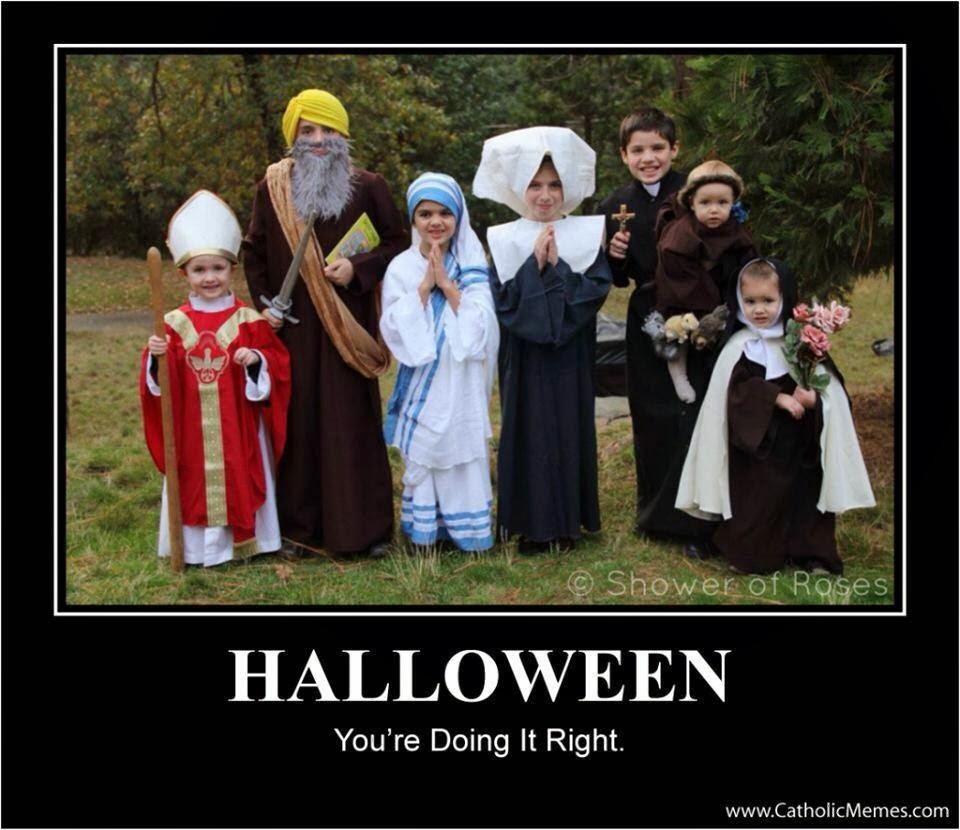 Mistake #3 - Make Halloween "No Fun"
While it is commendable to bring the focus squarely back onto the Feast of All Saints, opting for only saint costumes might be a step too far. I have nothing against dressing my kids as saints if they so choose (in fact one of my sons is being St. Michael this year), but I also have nothing against a little horror thrown in - such is quintessentially Catholic. The traditional ghouls, skeletons, vampires, and zombies all speak to a simple post-Easter reality - Christ has conquered death. At Halloween we mock death, we laugh in its face, proclaiming with St. Paul, "O death where is thy sting, O grave where is thy victory?" (1 Cor 15:55). Such leaves Catholics open to a less completely sanitized version of Halloween (without descending into a demonic display of lust and gore which has overcome the secular Halloween). This accords with our firm conviction that Christ has already destroyed death. Dr. Taylor Marshall sums this up nicely, 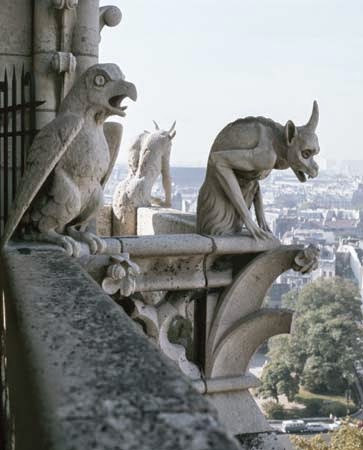 "Don’t be turned off by the ghoulish-ness of Halloween. Every great Catholic cathedral has gargoyles carved into its stone work. Illuminated manuscripts are also full of ghouls in the margins. Catholics are into this kind of stuff. Why? Because Christ has conquered death and the devil." (source)


The greatest example of this might be found in my favorite poem - The Divine Comedy of Dante Alighieri. We end in the Empyrean - the highest heaven - outside all space and time, beholding the very Vultus Dei (Face of God),

I believed, from the keenest of the living ray
that I endured, I would have been undone
had I withdrawn my eyes from it....
He who beholds that Light is so enthralled
that he would never willingly consent
to turn away from it for any other sight....
now my will and my desire were turning with
the Love that moves the sun and all the other stars. (Paradiso 33.76-78; 100-102; 144-145, Hollander)


But, earlier in the poem we are faced with images far worse and more terrifying than anything you'll see in your neighborhood or at a haunted house. The entire canticle could be cited, but let this scene from the eight circle's ninth pit suffice to make our point,

Who, even in words not bound by meter,
and having told the tale many times over,
could tell the blood and wounds that I saw now?...
it would be nothing to the ninth pit's filth.
No cask ever gapes so wide for loss
of mid- or side-staved as the soul I saw
cleft from the chin right down to where men fart....
he looked at me...
saying: 'See how I rend myself.'...
Another, with his throat pierced through
and nose hacked off just where the brows begin,
and only one ear left on his head...
And then another, whose hands had been chopped off,
raising his stumps up in the murky air
so that the blood from them befouled his face,...
I truly saw, and seem to see it still,
a headless body make its way...
And by its hair he held his severed head
swinging in his hands as if it were a lantern. (Inferno, 28.13-;22-24;29-30;64-66;103-105;118-119, Hollander) 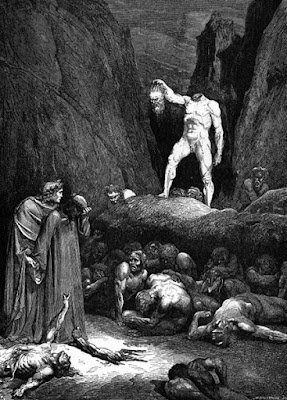 Mistake #4 - Claim Your Way of Celebrating Halloween is the Only Valid One
How to celebrate Halloween is ultimately a prudential decision, one on which good Catholics can disagree with one another. Each person, each parent, has to decide for themselves just what balance to strike between the grotesque display of the secular Halloween and refocusing on the saints. In the end, only you can determine how to best honor this great feast in your family. I just implore you to stay away from the extremes of, on the one hand, the lust and gore that have taken pride of place in the world's celebration and, on the other, of the complete retreat into a "fall festival" that some Protestants opt for. Be Catholic. Claim our holiday. And do it with class - honoring Christ in all things (cf. Col 3:17).

God bless and Have a Happy Halloween (and a Holy All Saint's Day)!

And don't forget to visit the graves of your dearly departed on All Soul's Day (October 2). The dead in Christ are still a part of the Church and need our prayers more than ever.


How are you choosing to celebrate All Hallow's Eve this year? What kind of costumes will you and/ or your kids be wearing?