Should the Mass be More Friendly?

Q. I recently attended a non-denominational Christian service and I was really impressed with how friendly the people were. The atmosphere was so nice and warm and inviting compared to the silence I'm used to in the Catholic Church! Why can't we Catholics learn something from our Protestant brothers and sisters and make the Mass a more communal experience?

A.
First, there is nothing wrong with being friendly and inviting and we could all be a little more welcoming to the unfamiliar faces we see at Mass what with the New Evangelization and all, but we should always keep in mind that comparing Protestant services with the Holy Sacrifice of the Mass is like comparing apples and oranges. The Mass is different in kind, not just degree, from what is happening in any Protestant service and particularly from what is happening at a non-denominational service. So look at how we ought to behave in Mass (or what we ought to wear or what songs we sing, etc) we have to always circle back to the fundamental question, what is the Mass?

The Mass is primarily and essentially worship of God, not, as some would like, a community gathering. We can have community fellowship without proper worship (eg sporting events, coffee shops, parties, Protestant services) but we cannot have the Holy Mass without proper worship. The Mass is meant to be a transcendent moment where we forget ourselves in the presence of the Almighty God. It goes back to the Temple liturgy in the Old Testament, where, again, the focus was on the God being worshipped, not on the people doing the worshipping.

That doesn't mean that there is no communal element to the Mass, there is, but it of necessity must always be subordinated to the primary "vertical orientation" towards God.

The proper time and place for the "horizontal" dimension of Catholic life is outside the Mass. It is once we are sent with the words Ite missa est - go the Mass has ended - that we are to gather in community and focus on building community with our fellow worshipers. The sad fact is that too many Catholics are too eager to rush out of the parking lot, when there ought to be time after Mass, outside the sanctuary (where people might well still be in prayer), to socialize and build the bonds that actualize the reality of us becoming "one body" in Christ.

Again, there is nothing wrong with being friendly, but when we begin to focus on us during the Mass we disorder everything in our lives. In fact, this tendency to focus on "we the people" at Mass is the root of all evil in the Church today. And that's not hyperbole. For self-worship is the grossest form of idolatry, which is the worse sin we can commit. I'd take a pagan worshipping a golden statue over a congregation worshipping themselves (with ample applause no doubt) seven days a week.

That isn't to criticize what is happening at the non-denominational service you attended, for that service isn't a disordered Mass because it isn't the Mass at all. Remember, we are dealing with apples and oranges here. Gathering together in prayer and praise (what Protestant worship amounts to) is a great time for community building. It's something we Catholics can do as well, but it isn't what the Holy Mass is for. 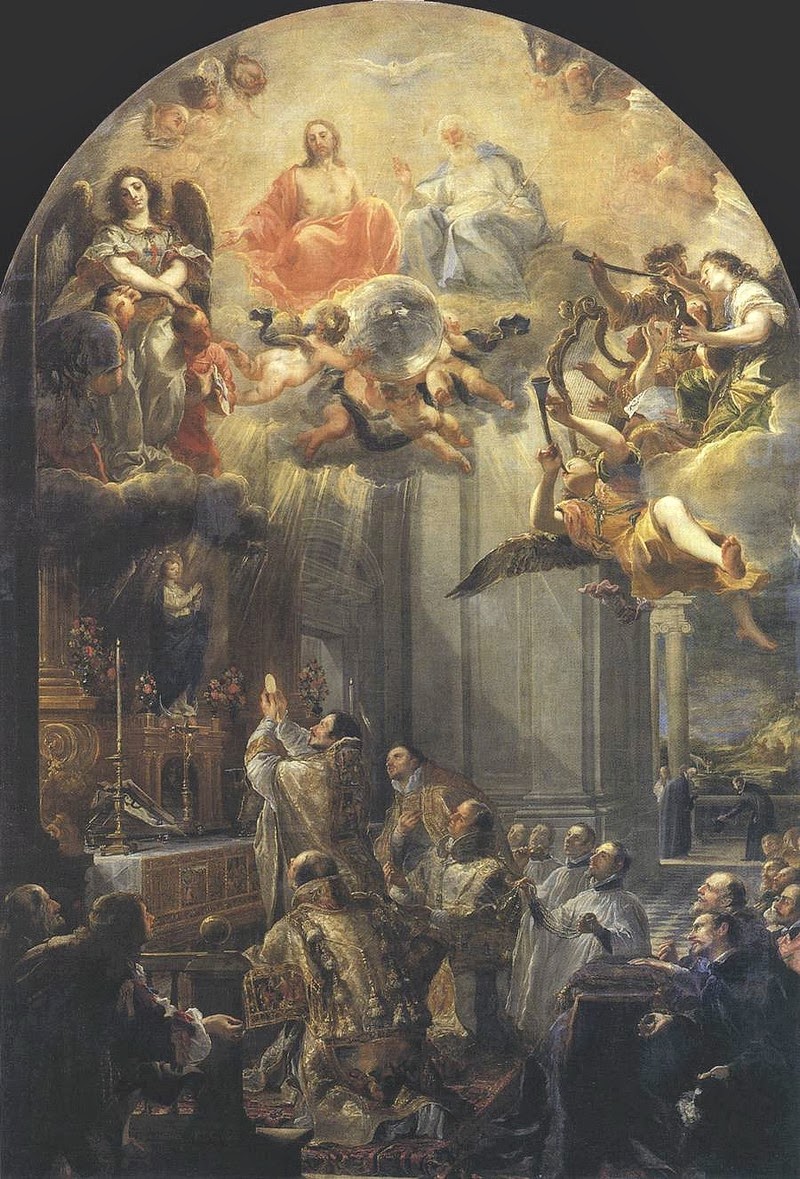